CBS News 8 Sports Director Kyle Kraska remains in critical but stable condition Friday after being shot at his Scripps Ranch home on Tuesday. In the moments after the shooting, several people rushe... 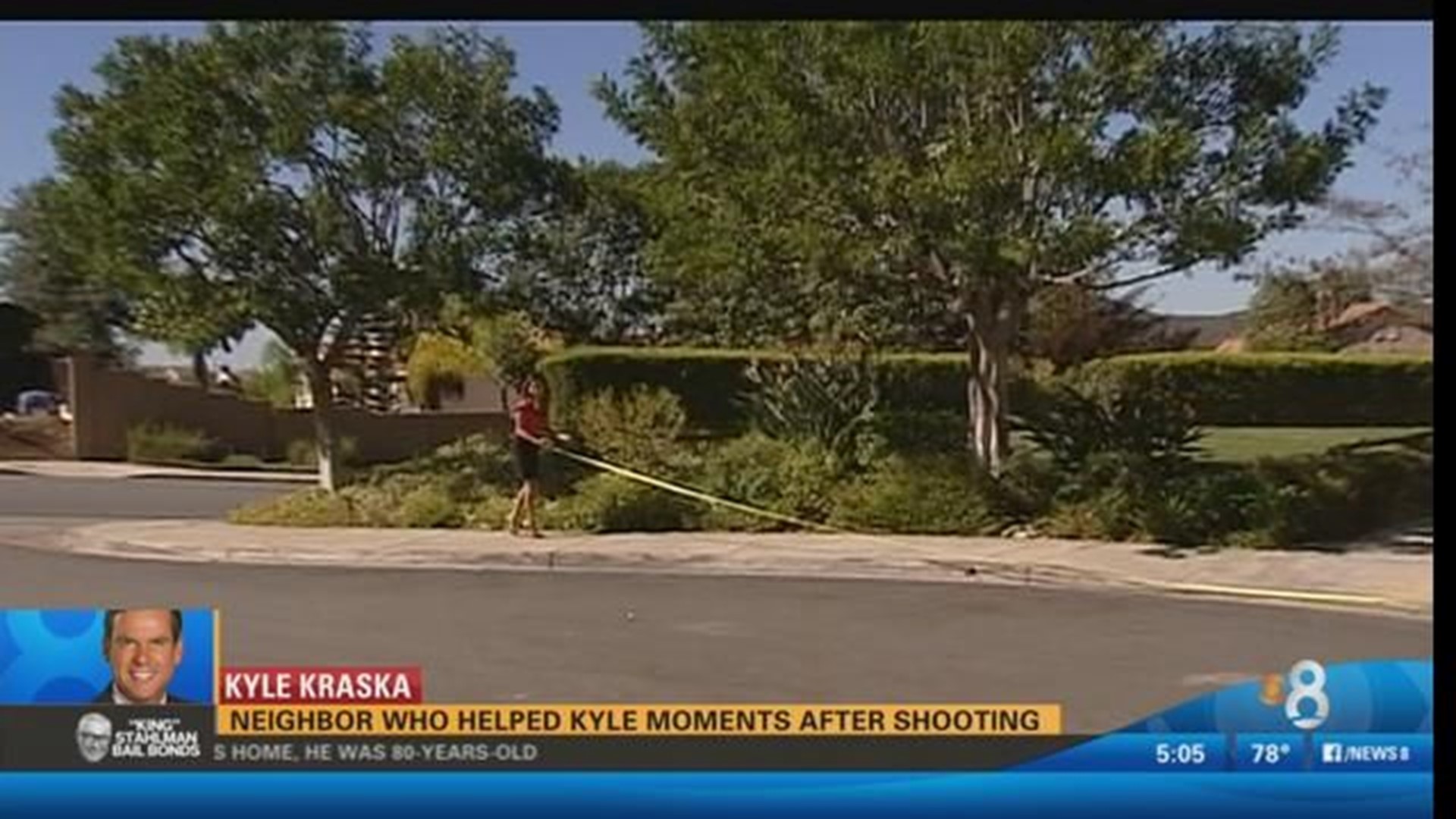 SAN DIEGO (CBS 8) - CBS News 8 Sports Director Kyle Kraska remains hospitalized Monday after being shot multiple times at his Scripps Ranch home Tuesday, February 10. In the moments following the shooting, several people rushed to his aid, including a neighbor who happens to be a nurse.

Jessica -- who requested that we not use her last name -- was there moments after Kraska was shot. Off-duty officer and neighbor Sgt. Scott Bartolomei was already on scene helping him. Then, Jessica and another woman ran to get towels.

"A lady and I got it under his head, put one over him while I helped him just try to stay calm and breathe," Jessica said.

Kraska, who's been with CBS News 8 since 1999, kept repeating the station phone number to her, insisting she call us.

"He just said 'Call Mario (CBS News 8 assignment editor Mario Escovedo), I work for News 8' and he just kept insisting over and over that I call," she said. "I was like, let's just breathe really slow breaths in and out, because he kept insisting that I call, call. I was like don't worry I'll take care of everything. He was so insistent that I call, that I finally ran back to my car and got my phone while other lady stayed with him."

"She was calling on behalf of a guy who worked at Channel 8 who was hurt who was shot, and to tell Mario that he'd been shot," Chadwick said.

The shooting still something Kraska's neighbors are reeling from. Theresa Mack was home as it unfolded Tuesday afternoon. The gunshots woke up her daughter.

She says she heard several shots, then two men yelling, and then more gunshots.

"I was shocked when I looked out the window and saw it was Kyle. I just couldn't believe he was he one involved," Mack said.

Kraska was so determined to get help, he managed to get out of his car, which was in his driveway, and go to the nearest intersection over 30 feet away.

"I assume he was just thinking if he could crawl to a busier street, someone would drive by very soon and see and be able to attend to him," Jessica said.

Jessica says she was glad she drove by at the time she did.

"My heart just went out. It was so sad," she said.

She hopes someday to see Kraska again, back on his feet.

"I would love to just meet him at some point and see that he's better and doing well," she said.

The man accused in Kraska's shooting, Mike Montana, is scheduled to be in court Tuesday, February 17 to face attempted murder charges.