San Diego (CBS 8)- A freight train carrying cars through San Diego ran into trouble in the South Bay Wednesday night. Just after eight o'clock the B-MN-S-F train was making its way through a rail c... 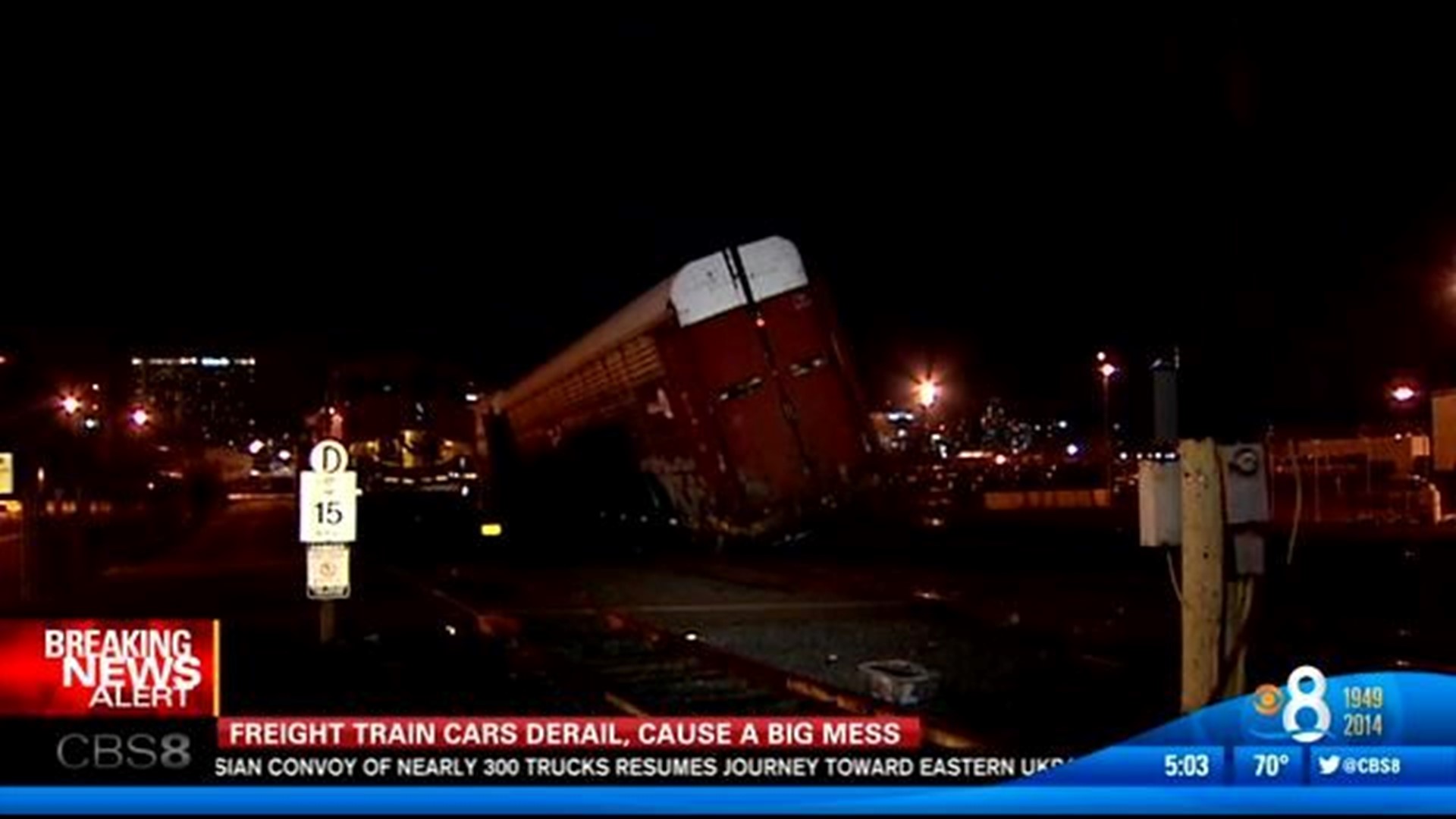 
As a result of the derailment, Cesar Chavez Parkway was closed at Harbor Drive through the morning commute near the Coronado Bridge, but it has since reopened. During the closure, police opened a secondary gate at Harbor Drive and Park Boulevard so drivers could navigate around the scene.


San Diego Police say a BNSF freight train was headed south when it suddenly derailed. It was transporting brand new automobiles to Clovis, New Mexico when four rail cars toppled over around 8:00 p.m. Wednesday. Nobody was hurt and police say there is no hazard to the public.


Since many commercial trucks and Navy personnel use this roadway to enter the 10th Avenue terminal, it's a major inconvenience. But police say crews have to take their time placing the rail cars, right side up.


"One train is perched over its side being held on by the coupling of another car so there are safety concerns going on with that," a San Diego Police officer said.


That's why workers exercised caution as they checked the rail cars for damage and carefully realigned everything, removing debris and what looks like a huge dumbbell, which were actually the wheels of a rail car. Finally back on track, BNSF officials and San Diego Police are investigating the cause of the derailment.