Just two days after seaworld announced plans to expand its killer whale exhibits -- protesters arrived at the park sunday morning in hopes of convincing visitors not to go in. 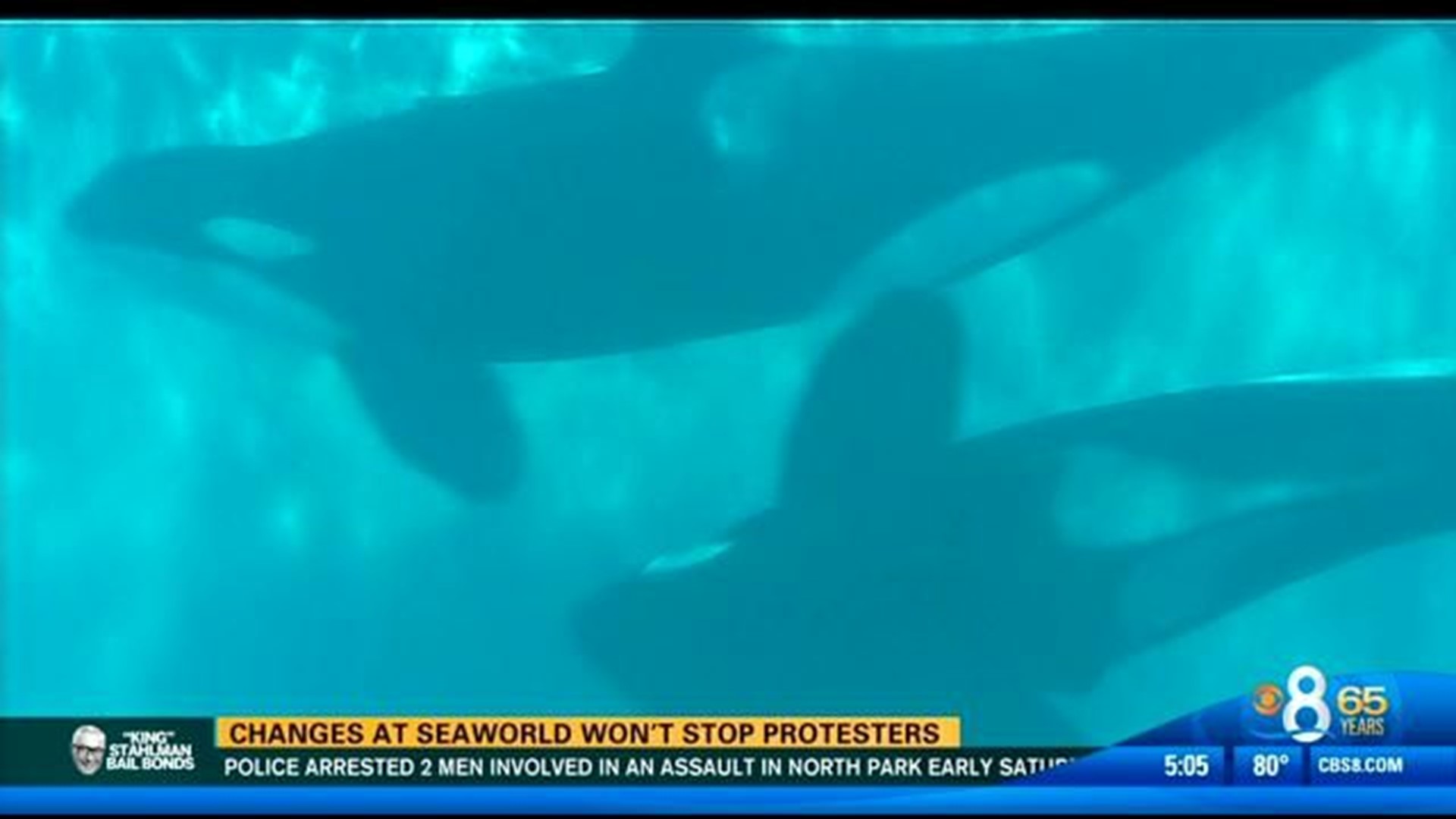 SAN DIEGO (CBS 8) - Just two days after SeaWorld announced plans to expand its killer whale exhibits -- protesters arrived at the park Sunday morning in hopes of convincing visitors not to go in.

They say the proposed changes aren't enough to stop them from demonstrating.

"Hey San Diego, what do you say? Let's kick SeaWorld out of our bay."

Using a variety of chants -- and signs -- about 30 protesters stood right outside the main entrance of SeaWorld Sunday hoping to capture the attention of families as they drove in.

"I think we're reaching the right crowd. If it's the kids that are looking up and reading...that's who we want to get," Rand Gregory said.

Gregory and his 13-year-old son Colton live in Laguna Beach.

Gregory says he wants Colton to get involved and that being here is just the beginning.

"We're not going away, the public's fed up with it," he said.

SeaWorld has been under fire since last year's release of the documentary Blackfish, which examines the psychological effects of captivity on killer whales.

"It's going to be a very very exciting experience both for the whales but also for us -- and all the folks that work with these animals," Vice President of Veterinary Services, Christopher Dold said.

"Increasing the tanks by 15 feet of water does not solve the problem of abusing and mistreating orcas that clearly belong in their natural habitat in the ocean," she said.

Ericksen would like to see the animals released and SeaWorld turned into an amusement park.

“For SeaWorld there is no higher priority than the health and welfare of our animals, and any claims to the contrary made by these radicals are simply wrong. The truth is that our killer whales are happy and healthy, and thrive in our care. The announcement of our Blue World Project yesterday is a testament to our never-ending commitment to the physical, mental and social well-being of our animals. The real advocates for animals are our trainers, aviculturists, animal-care staff and veterinarians, not the protesters. While we've estimated only few dozen protesters, we anticipate that nearly 20,000 people will visit SeaWorld today who will enjoy our park and be inspired by our animals. We encourage everyone to get the facts at www.SeaWorld.com/Truth and www.SeaWorldCares.com.”

Another protest is scheduled for August 31.