Hundreds of firefighters Monday battled a roughly 2,500-acre wildfire that has forced residents from their homes southeast of Julian, authorities said. 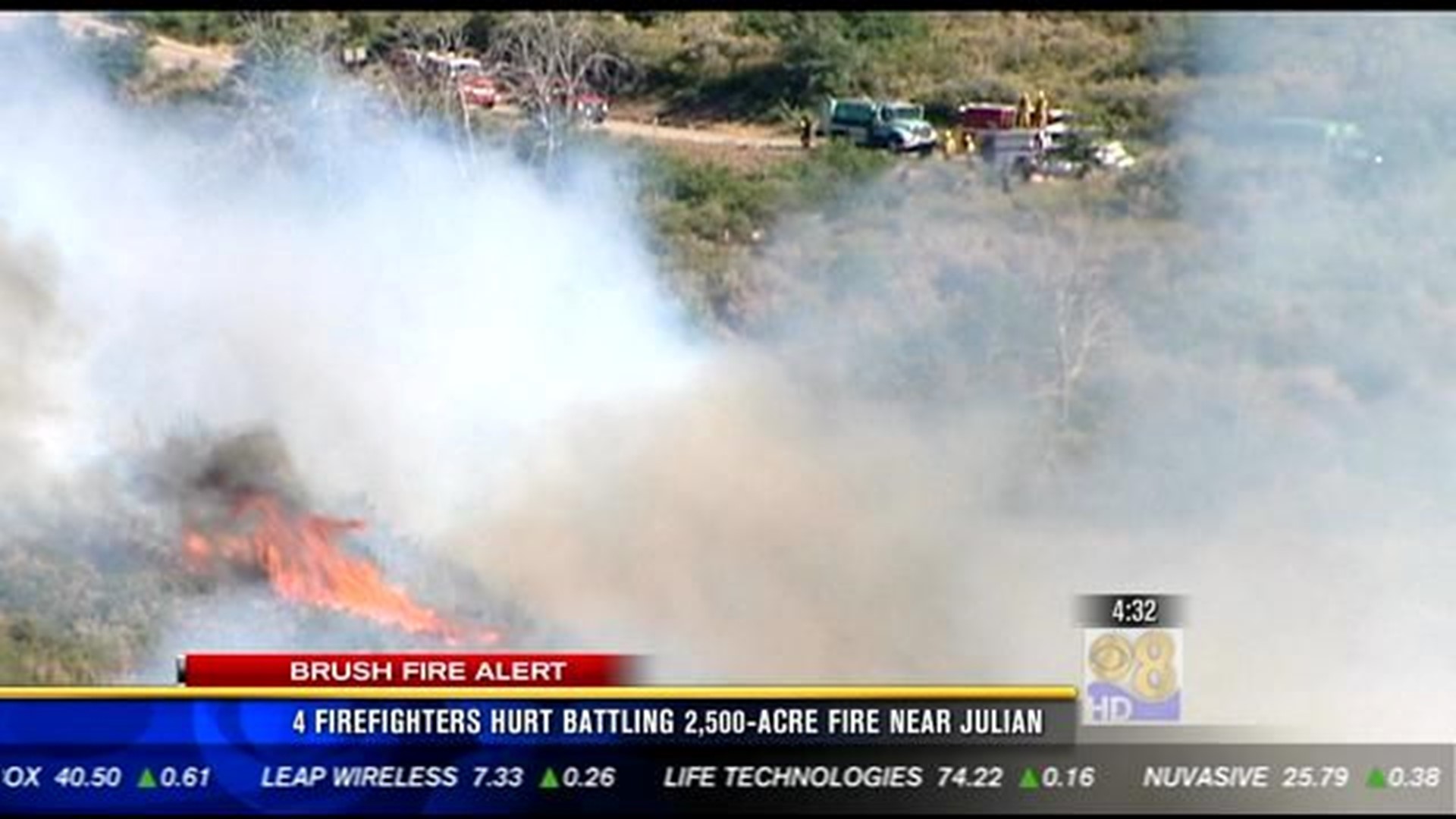 The Red Cross has established an evacuation center at Joan McQueen Middle School in Alpine.

Evacuations extended on Sunrise Highway from Highway 79 to Old Highway 80.

MOUNT LAGUNA (CNS) - Crews made extensive progress Tuesday in defeating an East County highland wildfire that has blackened about 7,000 acres and destroyed scores of mountain cabins and vacation trailers southeast of Julian since last weekend.

By early evening, the so-called Chariot Fire was roughly 40 percent contained and had little to no open flame flaring within its smoldering perimeters on the flanks of Mount Laguna, according to Cal Fire.

Officials expect to have full lines of containment around the burn zone by Sunday, said Mike Mohler, a captain with the state agency.

The blaze has destroyed an estimated 120 structures, many of them campground cabins, and left five firefighters with heat exhaustion and other minor injuries.

On Monday, the conflagration made an intense push across Sunrise Highway from the east and tore through Al Bahr Shrine Camp, gutting a lodge, social hall and about 10 cottages -- all log structures built in the 1920s -- along with 85 or more residential trailers, said Arnold Korey, recorder for the club.

The rural highway was closed as a result of the blaze, which was being fought by about 1,675 personnel from the ground and air.

The fire erupted for unknown reasons early Saturday afternoon near Chariot Mountain and Butterfield Ranch. Authorities cleared everyone out of 20 structures in the path of the flames Sunday night and from 100 others the next morning.

The American Red Cross has been running an emergency shelter for the displaced residents and campers at Joan MacQueen Middle School on Tavern Road in Alpine.