Former first daughter, Chelsea Clinton was in San Diego on Thursday for the Youth Justice Talk. 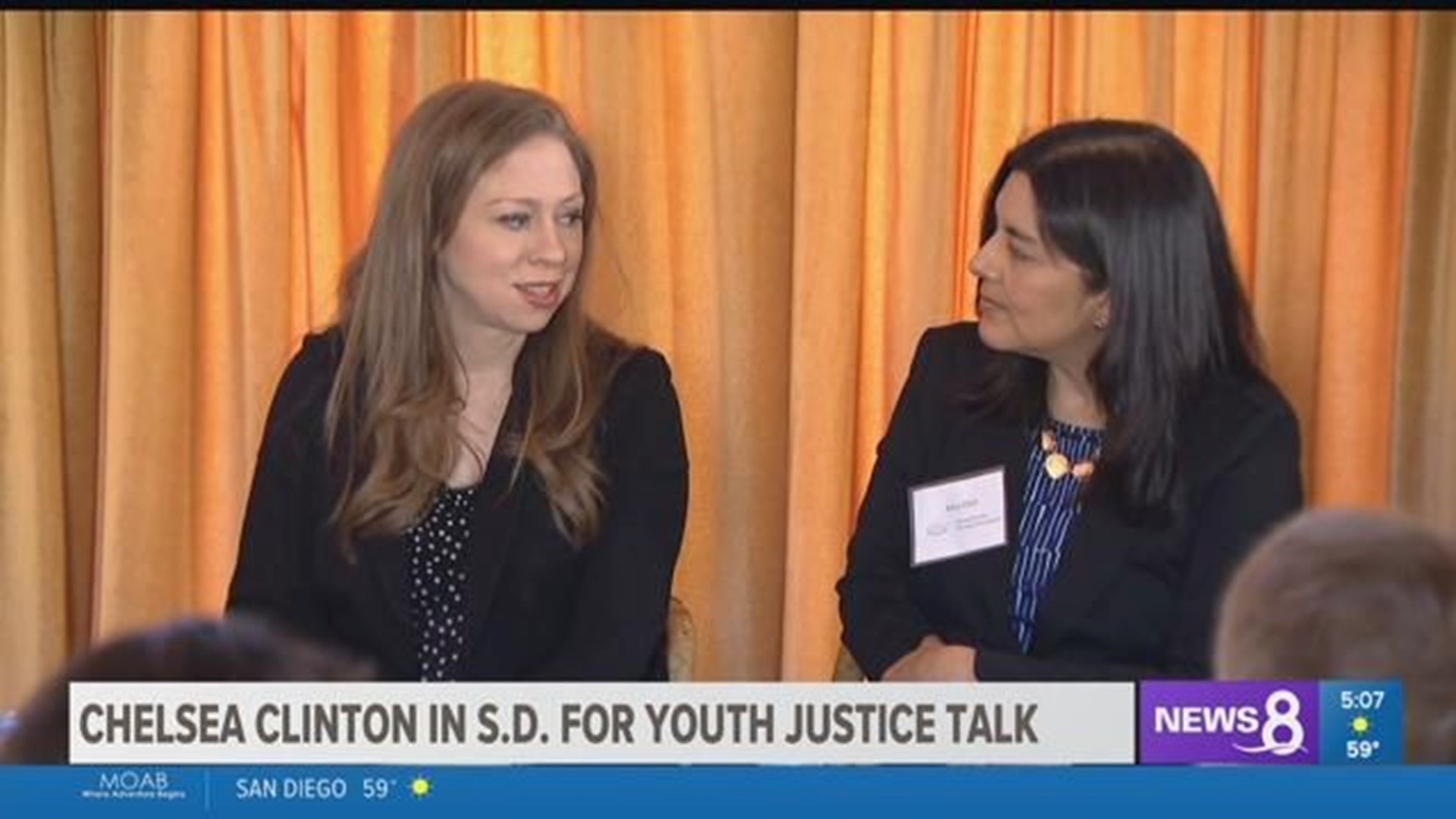 Clinton lead a roundtable talk on empowering youth who have been affected by the juvenile justice system and getting them the resources, they need.

Johnathan Curiel was released from the juvenile system two weeks ago. “It’s that individual support that I need. I never had that, you know. My dad has 14 kids.”

Jonathan Curiel and Felicity Torbert are being mentored in the youth empowerment and project, A.W.A.R.E. “I am doing work with the president’s daughter. There is hope for me,” said Torbert.

“I hope that you will see they are just two reasons here out of many thousands of reasons in San Diego – why this really is worth your time and energy and your investment,” said Clinton.

During the roundtable talk, which took place at The Prado in Balboa Park, Clinton also spoke with dozens of community partners, including the county health and human services director, Nick Macchione.

Macchione mentioned the need of transportation for San Diego non-profits.

Last month, 38-year-old former first daughter announced that she and her husband Marc are expecting another child in the summer.

Clinton is writing another children's book to accompany the two she's already published. The picture book about endangered animals is slated for an April release.