Children drowned one day before relatives to get custody

The owner of the La Mesa home, where two children drowned in a pool, will be in court Wednesday. 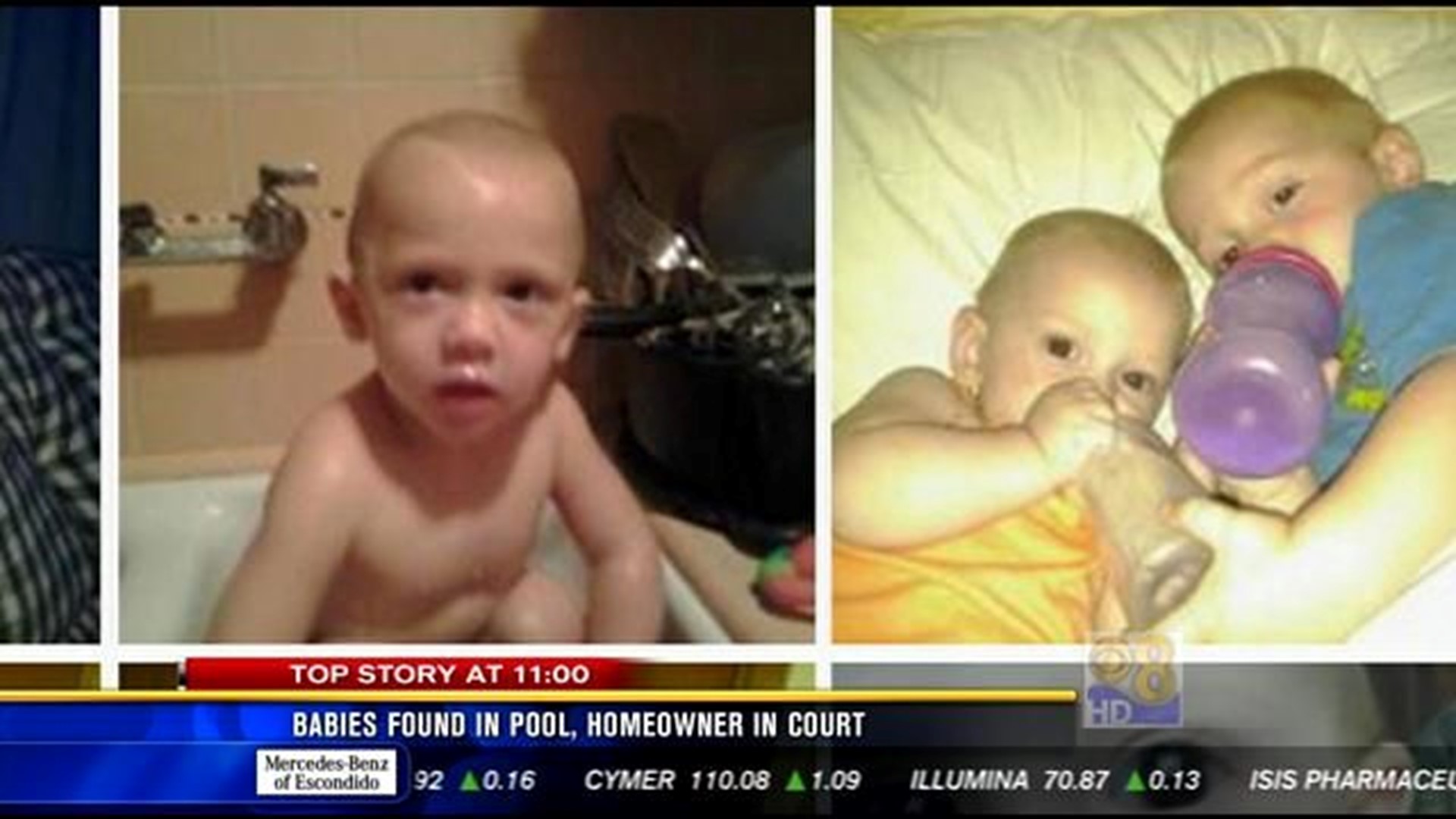 LA MESA (CBS 8) - The relatives of the father of two children who died after being found unconscious in a backyard swimming pool in La Mesa on Monday were supposed to take custody of them one day later, according to the children's family.

In an on-line blog demanding justice for the drowning deaths of 1-year-old Harley and 2-year-old Jason Jr., a relative of the children wrote that a paternal cousin had arranged to care for them.

"They were loved. They were wanted. And they were so close to knowing that," part of the blog read.

Two-year-old Jason and 16-month-old Harley Bradford were found in the pool by their mother 26-year-old Tassie Behrens close to 10:00 a.m. Monday at a home on Sunset Avenue in La Mesa.

Behrens told detectives she woke up and discovered her children floating in the water. Behrens and a friend, who lived at the home, put the two children in a truck with intentions of taking them to the hospital but instead took them to a nearby fire station in La Mesa.

Initially, Behrens lied to investigators saying her children were found in a pool at a mobile home park in Spring Valley, but she later admitted that the incident happened at the La Mesa home.

According to detectives, Behrens' 16-month-old daughter Harley died at Grossmont Hospital in the morning and two-year-old Jason died hours later after fighting for his life at Rady Children's Hospital.

The story then takes a drastic turn when 44-year-old Larry D'Angelo, who apparently let Behrens and her children live at the house for about a week, was arrested after growing at least 60 marijuana plants in the home and is facing several charges including possession of marijuana.

D'Angelo was arraigned Wednesday and was charged with manufacturing marijuana and two counts of felony child endangerment. He's currently being held on $65,000 bail.

D'Angelo now faces drug and child endangerment charges. However, no one has been charged with the deaths of the children and the case is still under investigation by the Sheriff's Department.