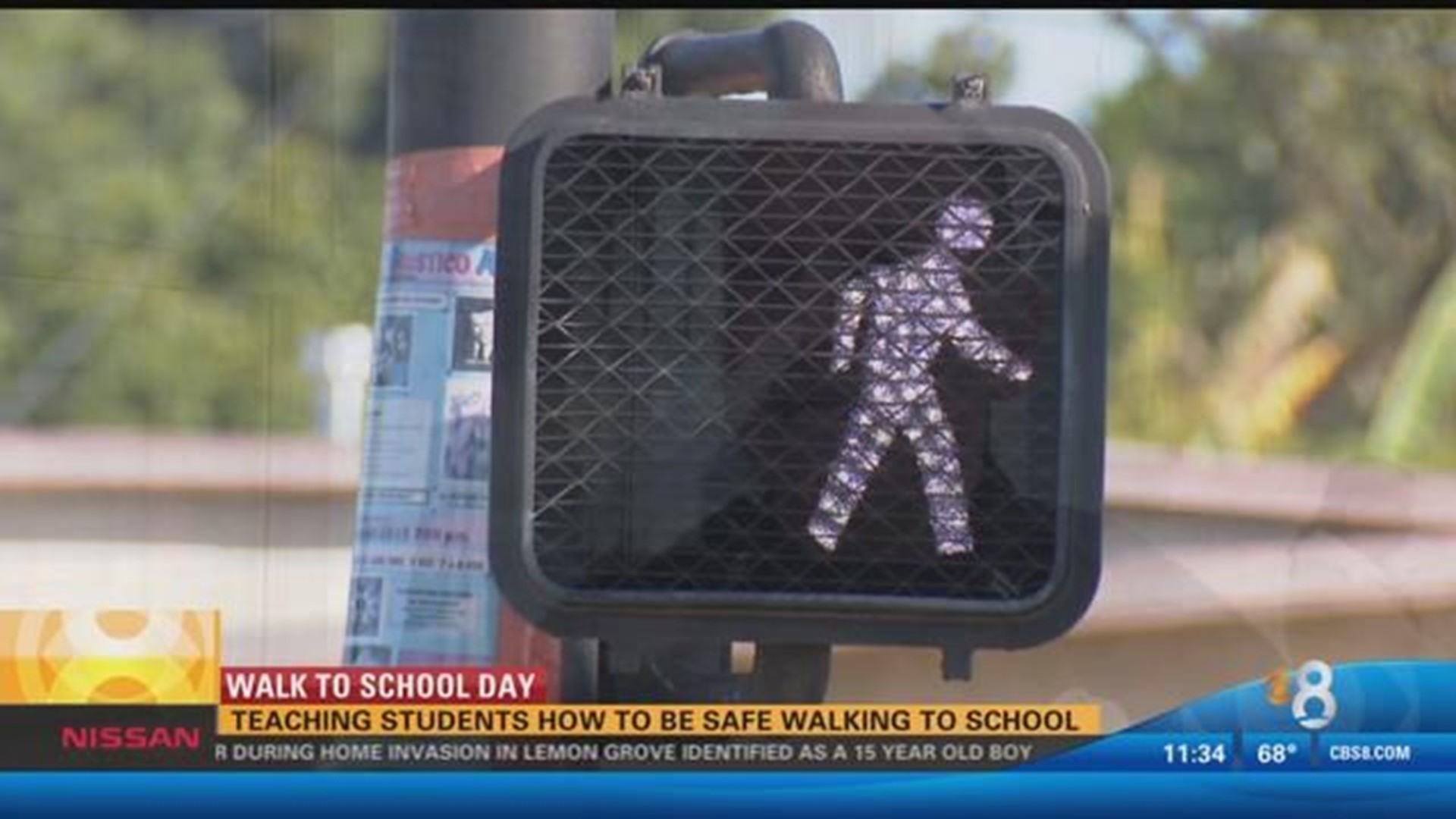 Students gathered near the school to form a "walking school bus'' and were safely guided to school by parent volunteers. It's part of the city's "Vision Zero" initiative, which is working toward zero traffic deaths by 2025.

San Diego police are showing children and parents how to be safe while walking to school. Traffic police say there are too many distracted drivers that speed or use their cell phones instead of paying attention to the road.

Organizers say it's about promoting good health and community awareness and achieving their goal of zero traffic deaths in San Diego by the year 2025.

"Pedestrian safety is one of our major problems, in the city we've had 25 fatalities for the last three years in a row." Capt. Joe Ramos, SDPD Traffic, said.

Before Wednesday's walk, the students learned about pedestrian safety from the non-profit group, 'Circulate San Diego.'

"It's also an opportunity for kids to practice how to get to school safely with adult supervision," Paola Boylan, Circulate San Diego, said.

"Don't assume a driver sees you because you have the walk sign or just because you're in a crosswalk," Capt. Ramos said.

CBS News 8 recently did a special report on cars speeding in dangerous school zones in San Diego. The top three most dangerous school neighborhoods were around Urban Discovery Academy in downtown San Diego, Central Elementary near University Avenue and Interstate 15 near Euclid Elementary in City Heights.

Safety experts say they'll be doing this exercise at several different schools while crosswalks and traffic signals are upgraded.