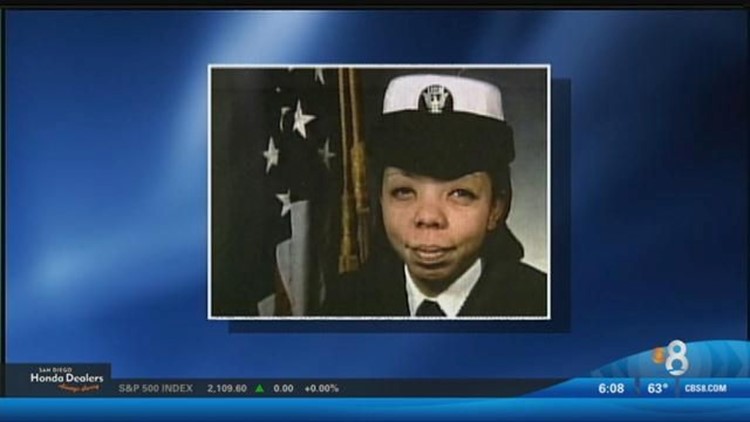 The street in San Diego's Chollas View neighborhood where a victim of the USS Cole bombing grew up will be renamed in her honor at a noontime ceremony Wednesday.
Author:
Published: 3:15 AM PDT June 3, 2015
Updated: 9:24 AM PDT June 3, 2015

SAN DIEGO (CNS) - The street in San Diego's Chollas View neighborhood where a victim of the USS Cole bombing grew up was renamed in her honor Wednesday.

New signs turned Lise Avenue into Lakiba Palmer Avenue. Lakiba grew up in a house at 5001 Lise Ave., which is east of the 805 freeway, south of State Route 94 and north of Market Street.

The Cole was refueling when two men steered a small boat laden with explosives close to the bow and blew themselves up. The crew saved the ship from sinking and it eventually returned to service.

"It is my honor to support the Palmer family and the American Legion in their long quest to rename Lise Avenue to Lakiba Palmer Avenue in recognition of her ultimate sacrifice," said Councilwoman Myrtle Cole, who represents the neighborhood.

Lakiba was one of the first female sailors to die in action aboard a U.S. warship, according to the councilwoman.

Three residents of Lise Avenue -- a two-block, 1,200-foot-long roadway with 34 single-family homes -- spoke against the name change. They said it would create hardship because affected residents would have to send address changes to banks, utilities, insurance companies and other entities and proposed naming nearby Gompers Park after the sailor.

However, Lakiba's mother and brother, who still live in the house, said they preferred that she be honored by having the street named after her.

The City Council approved the name change unanimously in April.