CHP out in force as travel increases for Labor Day

San Diego is one of the top travel destinations for this holiday weekend, which could mean a ramp up in traffic throughout the day. 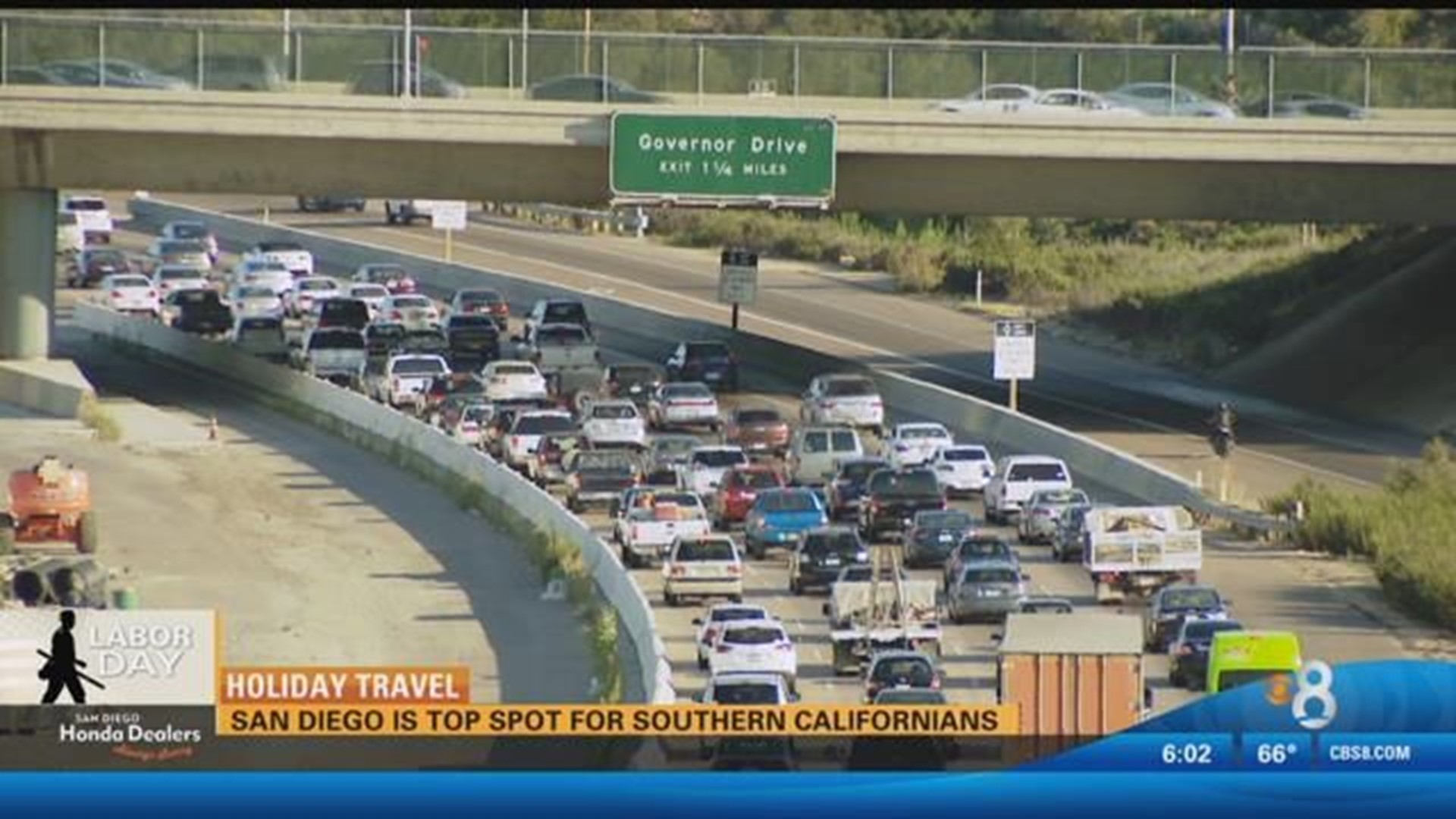 SAN DIEGO (CBS 8) - San Diego is one of the top travel destinations for this holiday weekend, which could mean a ramp up in traffic throughout the day.

Roads and freeways are expected to be busy, as many travelers return home Monday or enjoy this Labor Day by heading to the coast.

Travel has increased by 10 percent, according to TripAdvisor. And for those traveling by car, there is some relief at the pump. The American Automobile Association reports that drivers can expect the lowest gas prices since 2004. The average price for regular unleaded in California is $2.68 a gallon. That means you save about $12 to fill up a 15 gallon tank, compared to this time last year.

California Highway Patrol officers are also out in force Monday, out cracking down on drunk drivers. CHP officers have arrested 51 drivers for suspicion of drunk driving in San Diego County this holiday weekend.

There have been 734 drunk driving arrests statewide in the first 36 hours of the Labor Day weekend this year. There were 737 during the same period last year.

The traffic death statistics cover fatalities in all law enforcement jurisdictions, while the DUI arrests only pertain to those made by CHP officers.