Among the Paradise residents that lost their homes to the Camp Fire were several graduates of Chula Vista High School. 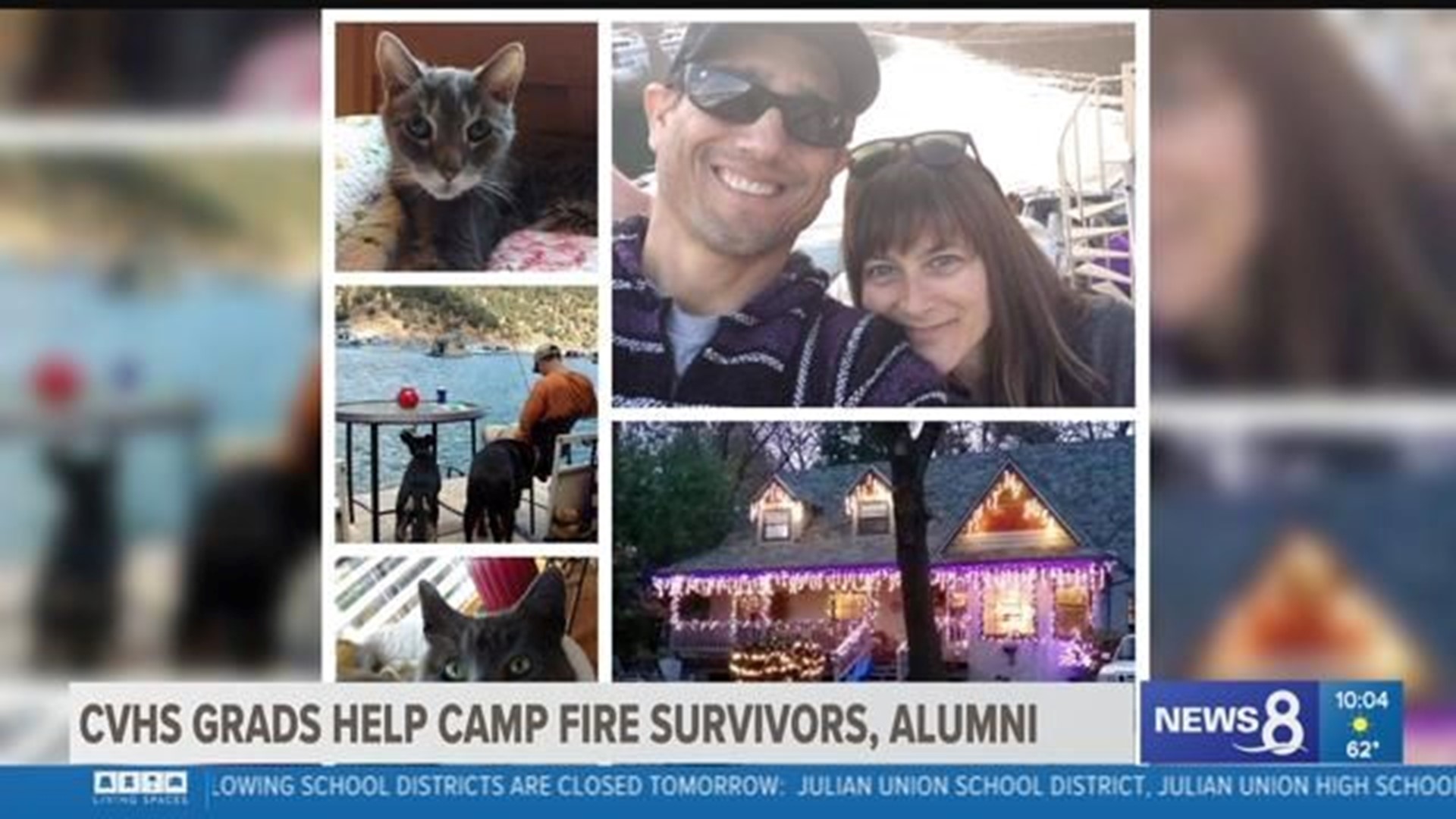 SAN DIEGO (NEWS 8) – In Northern California, crews continue to fight the Camp Fire that obliterated the town of Paradise.

By Monday, the fire had grown to 177 square miles (303 square kilometers) and was 25 percent contained, authorities said. Winds were expected to weaken on Monday night.

Among the Paradise residents that lost their homes to the Camp Fire were several graduates of Chula Vista High School.

Their former classmates are now banding together to them out. “Once you become a member of the Chula Vista High School family, you are always going to be a member,” said Rhys Ahrenstein, class of 1988.

Rick Kane, class of 1986, lost his everything in the Camp Fire – his home and his family’s dog, Sugar Ray.

His eleven-year-old son, Jackson, called him from school as the flames made their destructive way through Paradise. “He goes, dad, the fire – I can see it. It’s in the trees. You need to come get me right away.’”

Andy Nodzak, class of 1985, and his wife also lost their Paradise home. They managed to escape in their cars along with their seven cats and two dogs.

Cynthia Esponiza Santana, class of 1987, and her husband also lost their home.

In less than 24 hours, former classmates created a Facebook page, a GoFundMe page and planned a fundraiser to help the three Chula Vista High School alumni.

“We are taking care of our own. That is what we do here in San Diego and Chula Vista,” said Ahrenstein.

The fundraiser will be held on December 2nd at Diamond Jim’s. There will be a $10 cover or $25 for a meal and drink.