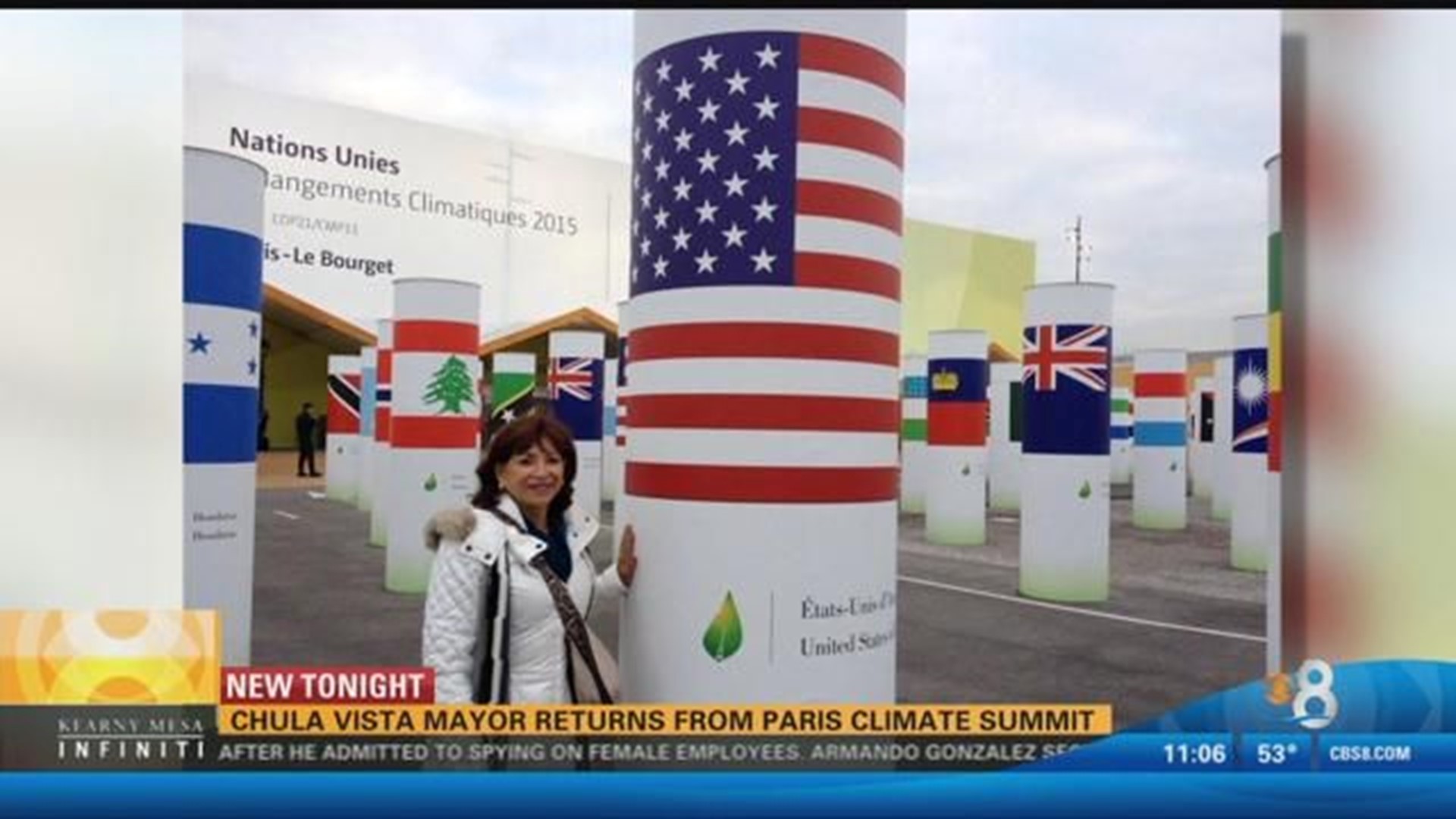 The accord, which has received cautious praise from environmental groups and scientists, was reached six years after a similar conference in Copenhagen, Denmark, ended in acrimony.

"I think, this time, why those who came have reached an agreement is because all the results of a changing climate have reached every corner of the globe," said Salas, who left Paris shortly before the agreement was announced.

"There hasn't been one country or one city that hasn't been affected one way or the other -- whether it be minor or to a great magnitude."

Salas told City News Service the "evidence is clear" that carbon emissions need to be curbed.

Salas, a former assemblywoman, was invited to the conference by the Local Climate Leaders Circle, which is sponsored by the World Wildlife Fund. She said Chula Vista became active in climate change 21 years ago, and adopted its first climate change plan in 2000.

The city's plan to address carbon emissions will be taken up again next month, she said.

"The approach that local governments are taking is understanding that 70 percent of all carbon emissions come from cities," Salas said.

"If you act locally, and make changes within your city -- even small changes that ordinary people can do -- that has an effect in reducing how fast our planet is being degraded," Salas said.

"We're all in this together, and that's why there was agreement from countries that in other conferences were really skeptical and actually more detrimental in what we were trying to do."

The agreement calls for individual countries to ratify the deal and set their own limits on emissions.