The Chula Vista Police Department on Thursday held a forum on its use of drones in the community. 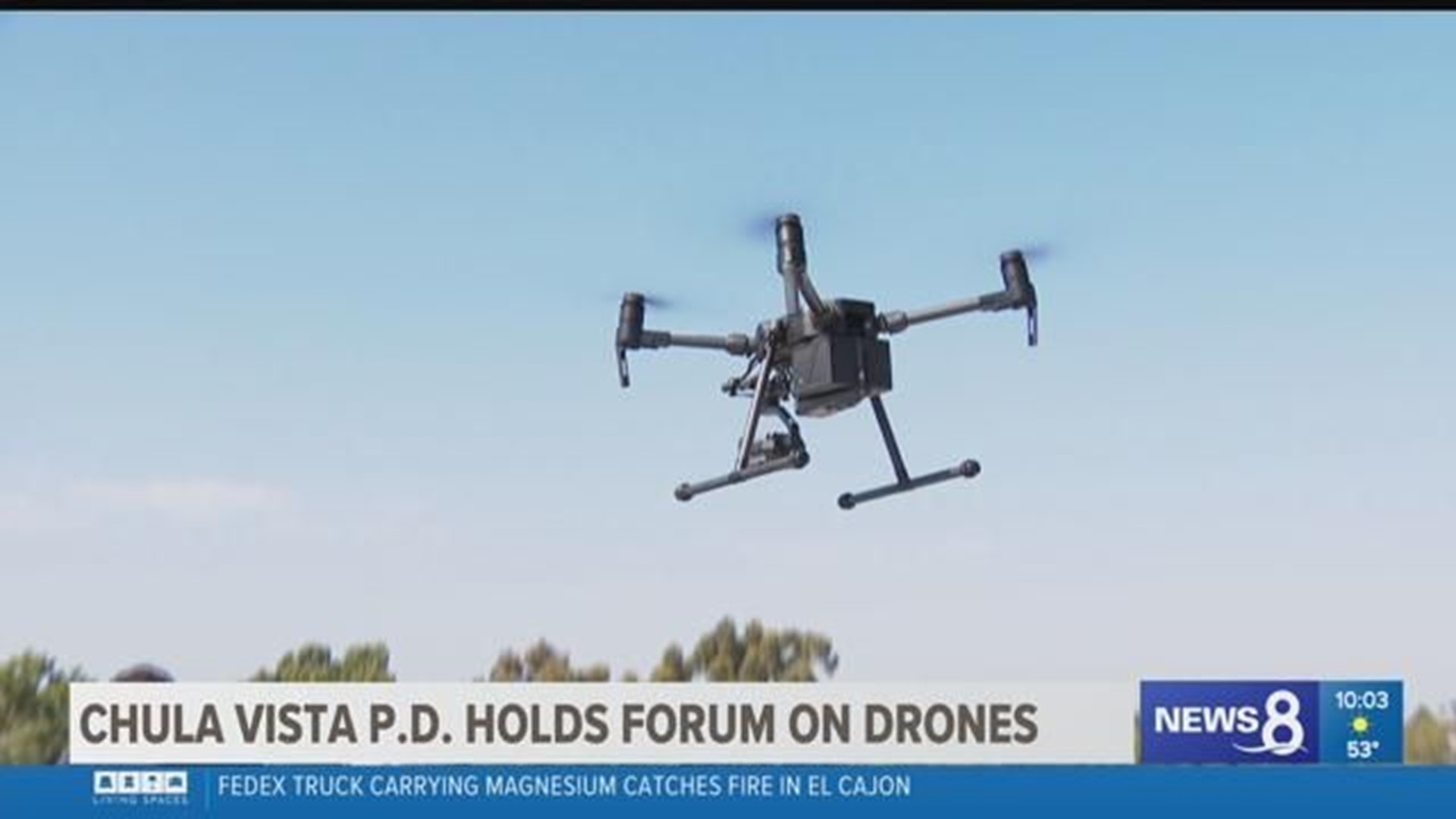 CHULA VISTA (NEWS 8) – The Chula Vista Police Department on Thursday held a forum on its use of drones in the community.

The department launched its drone program in October to help respond to emergency incidents and crimes. The department insisted the drone program cannot and would not be used to spy or surveil the public. In fact, drones cannot fly out of their line of sight.

The department did credit drones for allowing officers to get a look at situations quicker – giving them the ability to respond better.

Chula Vista Police Chief Roxana Kennedy said, “We have demonstrated proof of concept that a drone can be dispatched in support of patrol officers to enhance the safety of an officer and the safety of the public.”

Since their implementation last October, there have been 312 flights. Drones have now taken part in at least 20 arrests.

Drones recently assisted local authorities in a homeless encampment search. One of the biggest aids drones have given the department has been knowing if a call deserves officer response or not.

Captain Vern Sallee said if officers do have to respond, they are able to plan better. “You know, we are not counting arrests as a stat. that is a gauge of success, but there are other successes to this. We have a better tactical response and we get somebody into custody with the least force possible. No citizen is injured. No suspect is injured, and no officer is injured. That's a huge win,” he said.

But with new abilities comes speculation from the public. During the forum, there were some concerns about officers using the drones for surveillance, spying or enforcement.

Chula Vista police assured the public the drones can only deploy in response to calls and cannot patrol.

What about officers that may abuse the system?

“When we find somebody that's violated policy either large or small we take steps to address that either through verbal or written reprimands all the way up to suspensions or terminations,” said Sallee.