Church controversy as The Rock heads to El Cajon

The Rock Church plans to become a major tenant of the East County Performing Arts Center in El Cajon, but some expect major hassles if the mega-church moves in. 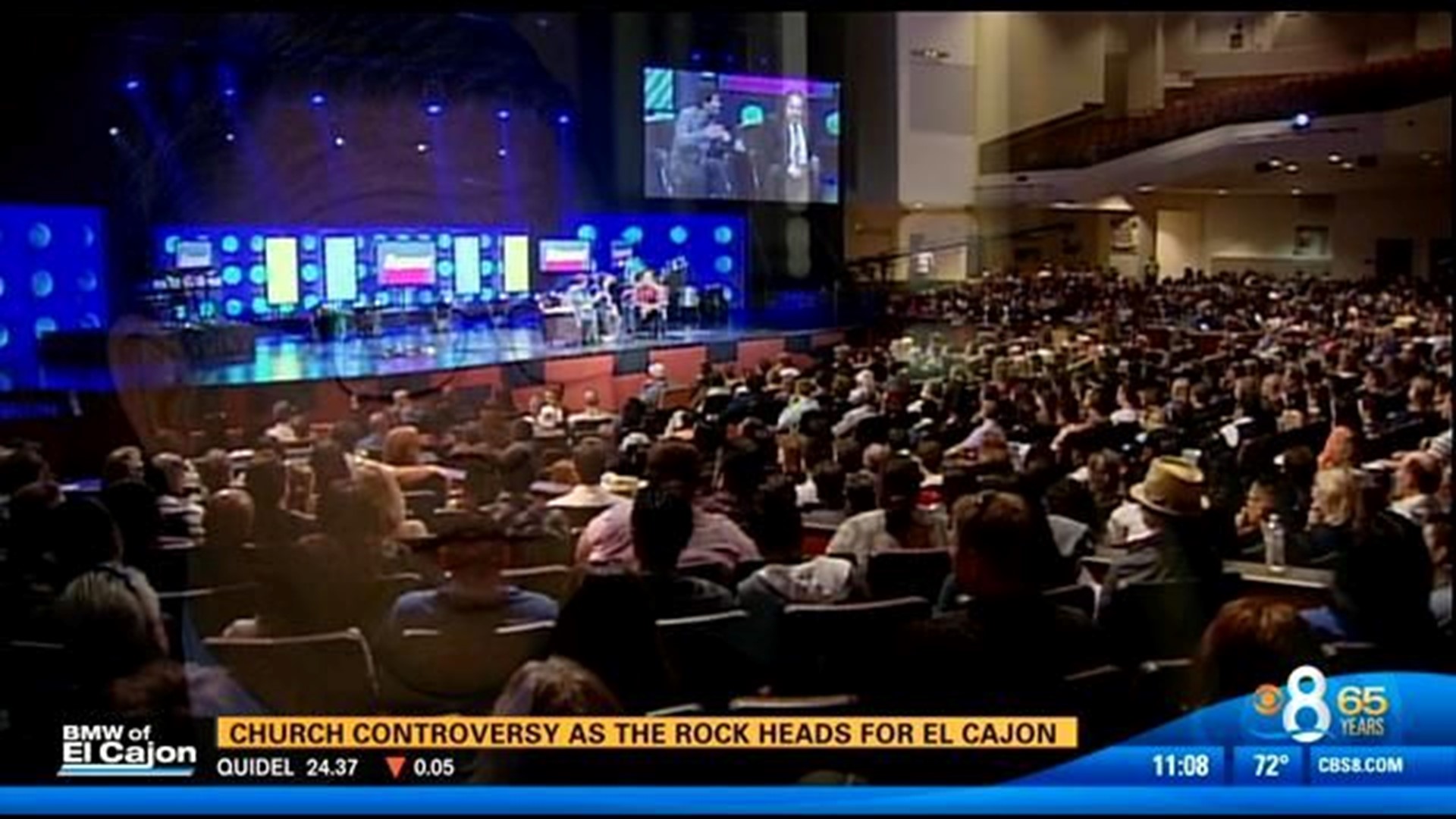 EL CAJON (CBS 8/CNS) - The East County Performing Arts Center - closed in 2010 due to budget constraints - is poised to get a new lease on life.

The El Cajon City Council unanimously voted Tuesday to begin exclusive negotiations with the Rock Church on a new limited-use tenant agreement under which ECPAC would be used between two and four days a week by the church, whose lease payments would allow the center to be reopened for entertainment events for the general public.

But not everyone is giving this arrangement their blessing. Activist Ray Lutz, who founded Citizens' Oversight Projects, is railing against the lease, saying that it is unconstitutional for a city to rent out its facility, located in the municipal complex, to a religious organization.

"If a cross on top of a hill is unconstitutional, how can you have church services right across from council chambers, the court house and City Hall?"

But El Cajon Mayor Bill Wells contends there is nothing unconstitutional with renting to the mega-church.

Under the proposal by the Rock Church -- submitted after the city requested statements of interest from those desiring to be long-term tenants of the center -- the church would be guaranteed use of the facility 132 days per year, including Sunday mornings, Tuesday nights and one Friday and Saturday night each month. On other days of the week, the center would be used in its traditional role as a performing arts center for the community and not as a private church.

The city also received a statement of interest from the Christian Youth Theatre of El Cajon, but voted to move forward with the proposal from the Rock Church, the San Diego-based mega-church headquartered in Point Loma with campuses in Carlsbad and El Cajon.

According to its proposal, the Rock Church would pay $216,000 annually in rent for five years, with a 2 percent annual increase and the option to extend the lease at its expiration.

The proposal also includes the construction of a 20,000-square-foot building paid for by the church and for its primary use, though the roof of the building would be designed as an event space that would be available to the city. The church would rent the land from the city for $4,000 a month for 35 years, after which the city would take ownership of the building.

"We are making a prudent decision," Mayor Bill Wells said. "The whole concept of using this facility to its utmost capacity, both as as a space for the church and as a renovated performing arts center for the community at large, is exciting."

The ECPAC is a 1,145-seat theater housed inside a 35,000-square-foot building that was built in 1977 by the Grossmont Community College District and the City of El Cajon. Dormant since 2009, the city began in 2012 to look at ways to renovate and reopen the center.

Provided the deal goes through, renovations on the center will begin soon and it should be reopened in the second half of 2015, according to city officials.

"There is no other action or development proposal that has ever come before the city that would generate more new business for downtown El Cajon and surrounding areas than this proposal," City Manager Douglas Williford said.

City officials estimated that the ECPAC's reopening would bring between 11,000 to 12,000 people to downtown El Cajon each week.

"If we are able to reach an agreement, a community treasure will finally be reopened to the public," said Mark Stevens, the Rock Church's executive pastor of operations. "We at the Rock Church are excited for this new opportunity to bring our ministry to the people of the East County."