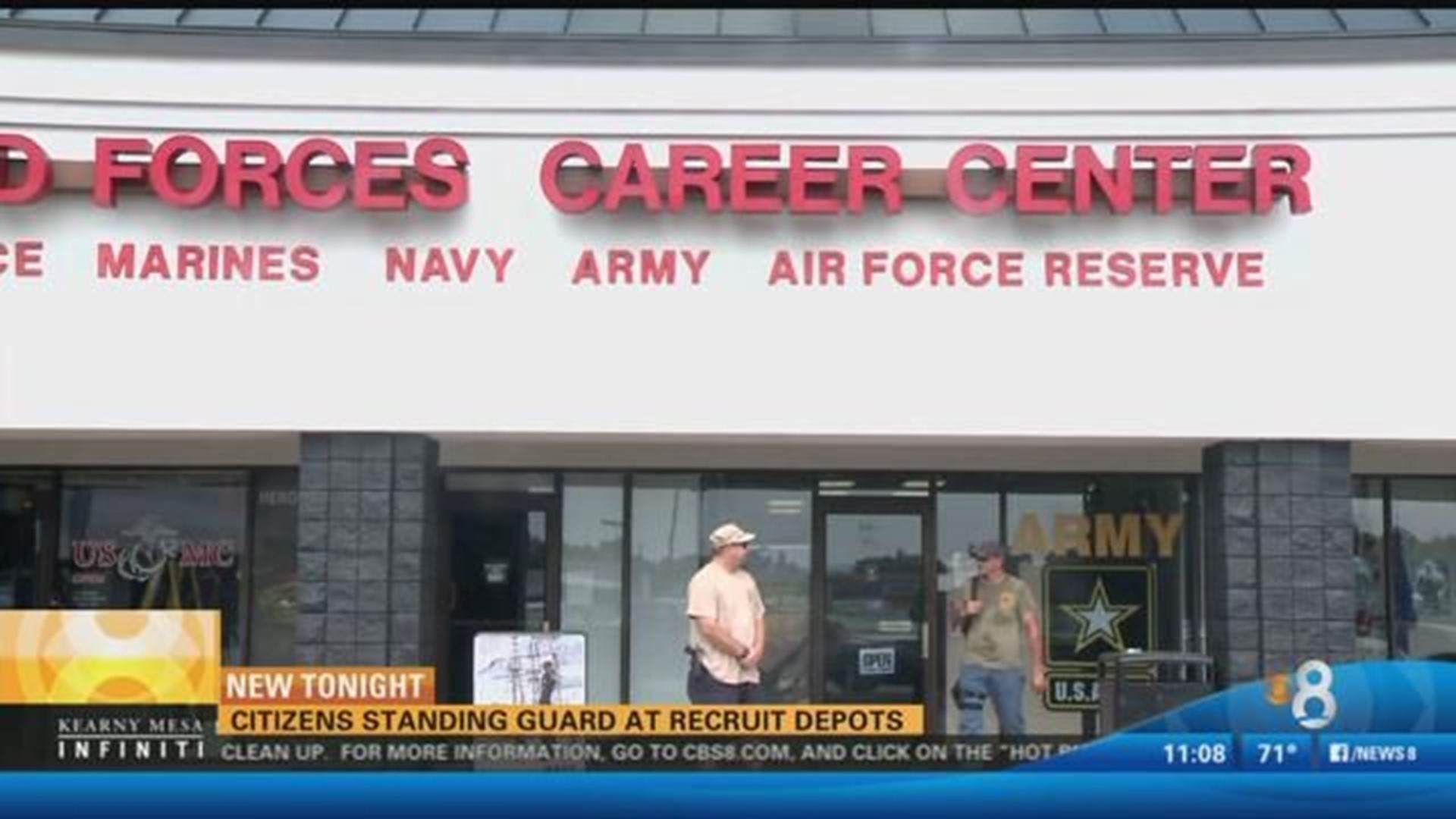 Citizens standing guard at military recruiting offices has become a new trend across the country since the deadly attacks in Tennessee that left four Marines dead.

"It has come to our attention that many patriotic citizens have been standing armed guard outside recruiting stations across the country. While we greatly appreciate the support of the American public during this tragedy, we ask that citizens do not stand guard at our recruiting offices. Our continued public trust lies among our trained first responders for the safety of the communities where we live and work."

"It makes no sense to put somebody in a military uniform that we expect to protect our country, and we expect them to do it weaponless. It's lunacy," said Brian Blackden.

Since the deadly shooting in Chattanooga, Tennessee, civilians are protecting their local offices by bearing arms by the front doors to protect the servicemen and woman who are not allowed to carry a weapon.

"We haven't had any in our area, however across the country, some of our counter parts have. And we just want to go ahead and stop that before anyone is tempted to do that within our area," Sgt. Erica B. Kirsop.

The local recruitment office already has heightened security, and according to Sgt. Kirsop, first responders can handle the job.

"We just want to discourage anyone before they come to our aid that they really don't need to. We're okay right now. We are taking precautions to ensure everyone's safety and security, and we don't want the general public to come in and put themselves in any kind of danger," she said.

Lawmakers and the Pentagon are reviewing the rule that would allow service men and woman to arm themselves while inside military recruitment centers.