San Diego's first hearing to issue a license for the operation of a medical marijuana dispensary is scheduled Wednesday. 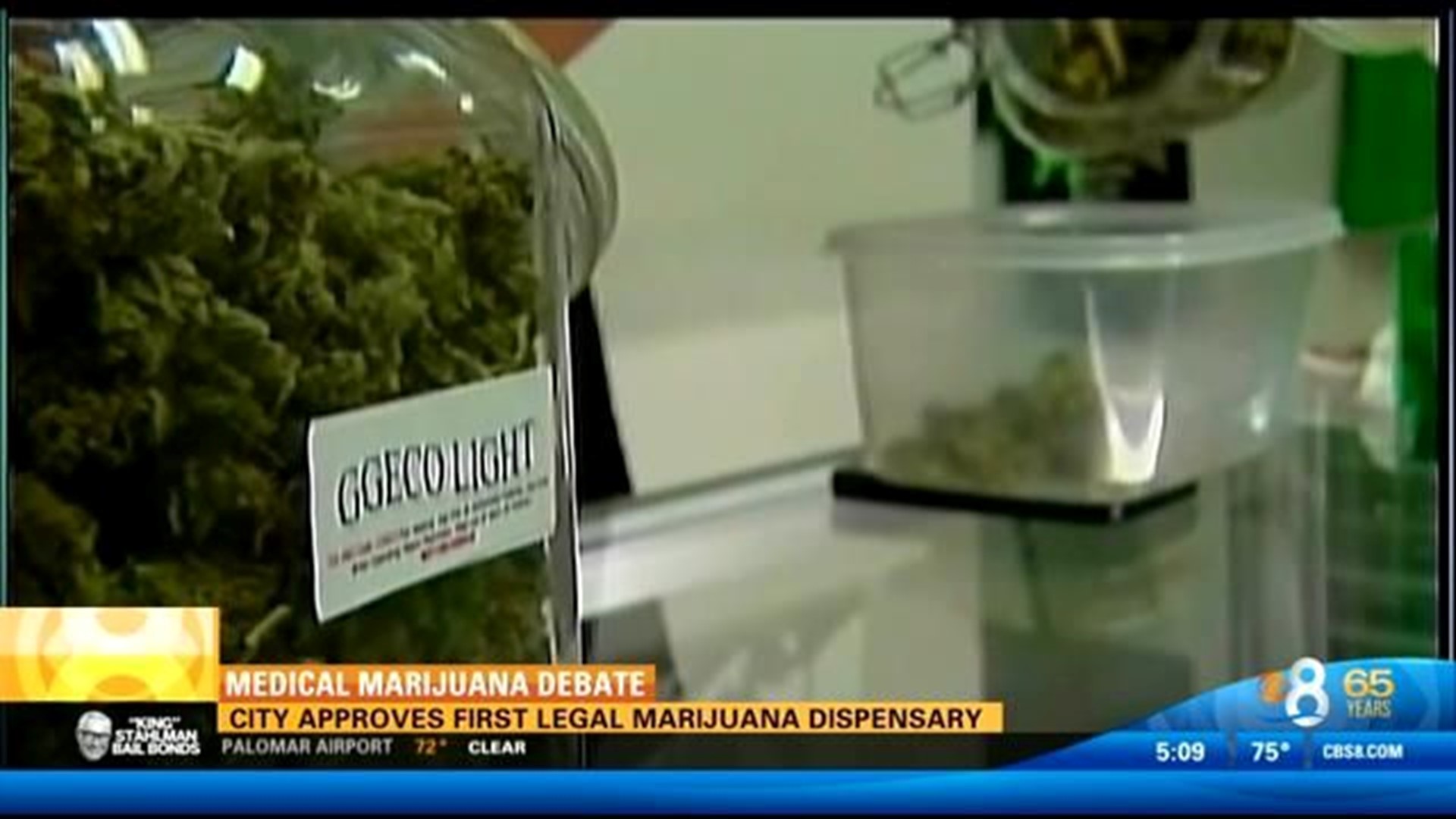 (CBS 8/CNS) - The City of San Diego Wednesday approved a license for the first legal medical marijuana dispensary in the city.


David Blair applied for a conditional use permit to open A Green Alternative in a 1,400-square-foot space at
2335 Roll Drive
near Brown Field in Otay Mesa, according to city documents.


“Medical marijuana is the law of the land,” said A Green Alternative attorney Dan Riffle.


Despite the 1994 voter initiative that legalized medical marijuana, some cities have banned them based on a state Supreme Court ruling that said they could.


“The biggest problem I have with medical dispensaries is how easy to get a license to use medical marijuana,” said Lee Lambert with Marijuana Harms Families.


In March, the City Council approved a set of restrictive zoning regulations that would allow up to four collectives to legally exist in eight of nine city council districts.


The city has been taking applications from prospective legal collective operators since April.


38 applicants were submitted but how the land use permit is written only 36 are eligible and only 4 in each council district. The most applicants are in District 2 in the Midway area and also District 6 in Kearny Mesa and Mira Mesa communities.


“I believe in this wholeheartedly because I have seen it and I would do this with my own family,” said a nurse who testified during Wednesday's hearing to support A Green Alternative.


The restrictions on distances between dispensaries and houses, schools, churches and the like preclude only one allowed in council President Todd Gloria's district, which includes downtown, Hillcrest and
.


CBS News 8 found
is getting staff recommendation to open up shop in Kearny Mesa at
B.


“We devote about half the facility to the treatment of kids,” said Robert Dean, CEO Vista Hill.


He run a non-profit that provides therapy for children removed from their home in the child welfare system. The building is 55 feet from the proposed applicant's shop.


“This is a place that is supposed to be a healing place for the kids,” said Dean.


A hearing date has not been set for that applicant.


Under the conditional use permit dispensaries have to be at least a 100 feet from a residence, 100 feet from school, playground, church, libraries, childcare and youth facilities.


Until the city starts issuing the conditional use permits, all collectives in the city are considered illegal. The mayor's office said the permit process could cost applicants $100,000.


City leaders report they have shutdown more than 100 illegal pot shops in the last year and currently there are 50 complaints. The process to close them down can take several months in court.


The first legal dispensary considered legal by the county recently opened for business near Gillespie Field.