A proposal to ban the retail sale of dogs, cats and rabbits in pet stores and other commercial establishments in San Diego is scheduled to be considered by the City Council Tuesday afternoon. 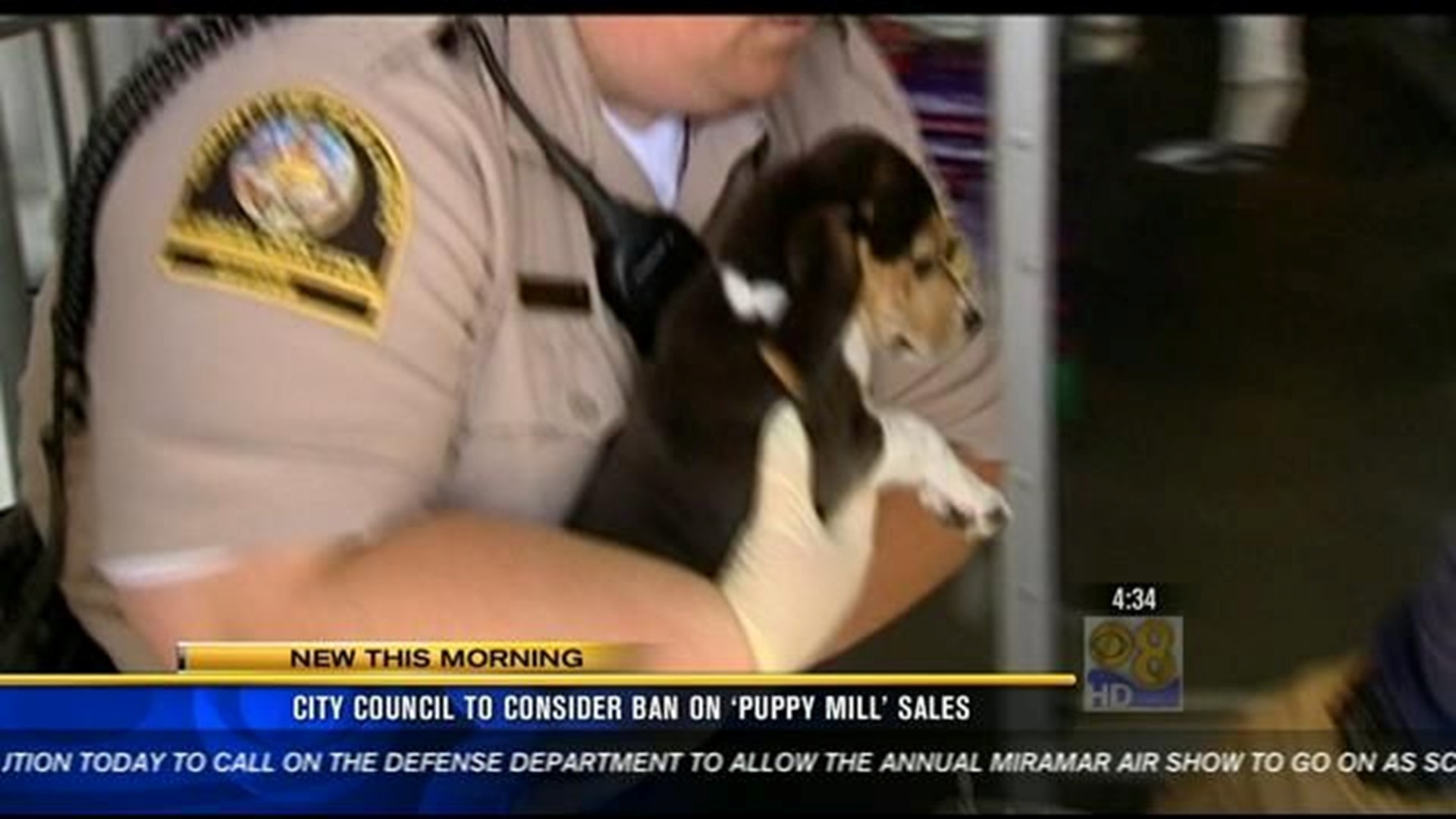 The amendment to the municipal code would make it "unlawful for any person to display, offer for sale, deliver, barter, auction, giveaway, transfer or sell any live dog, cat or rabbit in any pet shop, retail business or other commercial establishment located in the city of San Diego, unless the dog, cat or rabbit was obtained from a city or county animal shelter or animal control agency, a humane society or a non profit rescue organization."

Pet stores will need to keep certificates that identify the sources of their animals and make them available to animal control officers, law enforcement, code compliance officials or other city employees.

The proposal was given an initial go-ahead in May by the council's Public Safety and Neighborhood Services Committee.

A report to the committee said dogs, cats and rabbits bred for pet stores are kept in inhumane conditions, are more likely to carry genetic disorders, are poorly socialized, and too many end up being abandoned by owners and going to shelters.

Dr. Gary Weitzman, CEO of the Humane Society, recently said the point of the ordinance "is to encourage reputable and responsible breeding" and adoption or sales.

"It will absolutely not affect backyard breeders, or hobby breeders, or responsible, reputable breeders that are actually doing a great job at providing great dogs that often aren't in a shelter or rescue environment," Weitzman said.

The owner of one pet shop, David Salinas of San Diego Puppy, said at the committee meeting that his store has been inspected by the Humane Society and county Department of Animal Services.

His employees said the store receives repeat customers and referrals, which wouldn't happen if the animals were sick.

Others among the numerous opponents of the proposal contend that shelters primarily offer pit bulls and Chihuahuas, and rescue groups are too restrictive about who can adopt from them.

A dozen California cities, including Chula Vista, have banned the retail sales of animals, according to the report.