The City of Del Mar on Monday joined the City of San Diego to work towards 100-percent clean energy while also reducing outdoor water consumption to 30-gallons per capita by 2035. 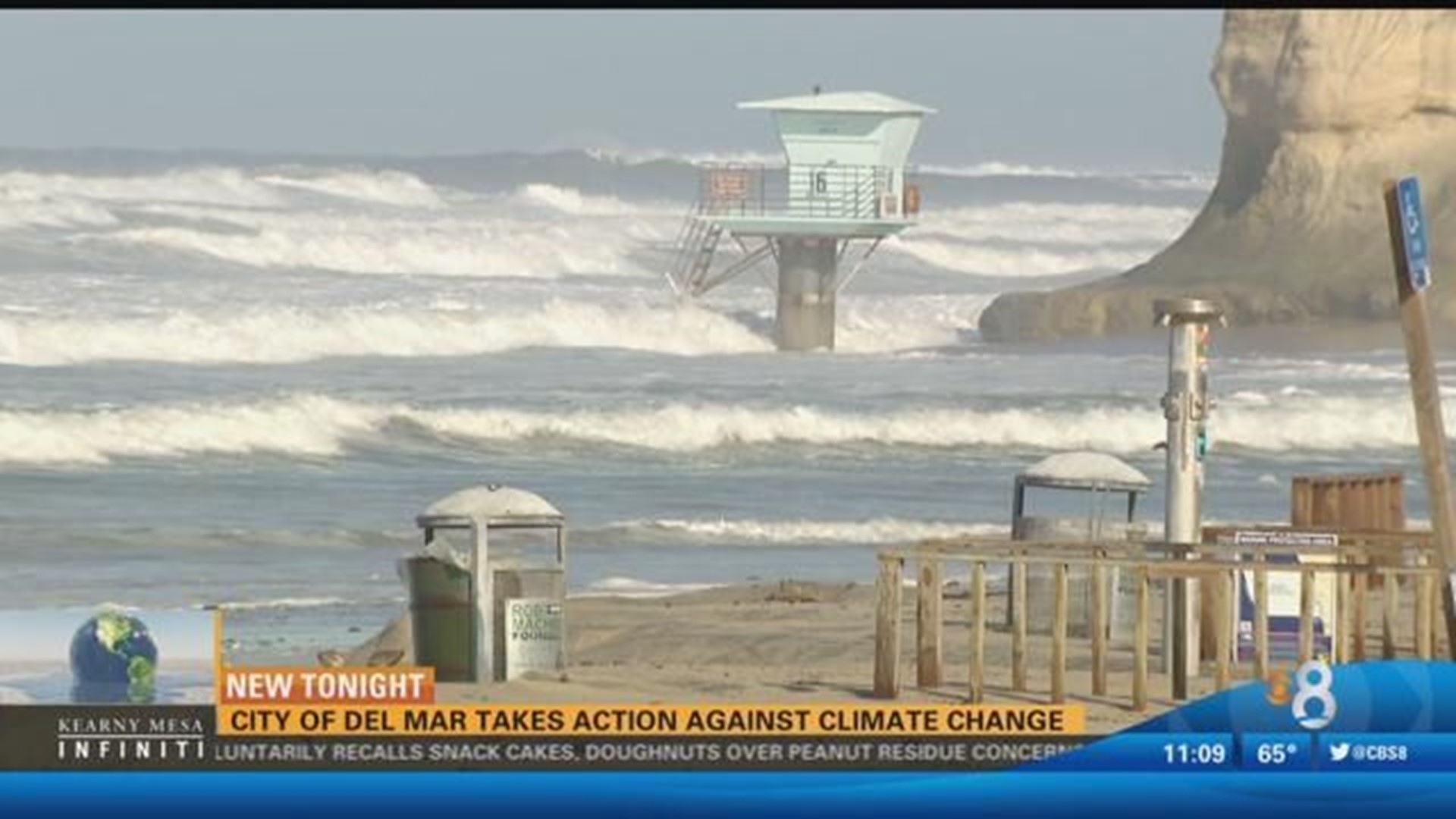 SAN DIEGO (CBS 8) - The City of Del Mar is taking action to fight climate change with the goal of working toward 100 percent clean energy, while also reducing outdoor water consumption to 30 gallons per capita by 2035.

The City of Del Mar's plan is to cut greenhouse gas emissions in half by 2035, which is a plan that is encouraging some residents.

"It's something that is right here and it needs to be addressed," said Del Mar Mayor Sherryl Parks.

A budget has not been set for the Del Mar clean energy plan and this worries city council members because the costs won’t be added until they approve projects.

City staff members have provided a list of strategies that would be part of the Action Climate Plan. Those strategies include increased use of renewable energy, urban tree planting, streets to encourage non-motorized transportation and roundabouts.

Environmentalists said the City of Del Mar's pursuit of clean energy should send a strong message to other communities considering such a plan.

City staff will review and update the climate action plan every five years.