The city of San Diego is putting signs up warning residents that crews will be sanitizing the streets and sidewalks to address the hepatitis A outbreak. 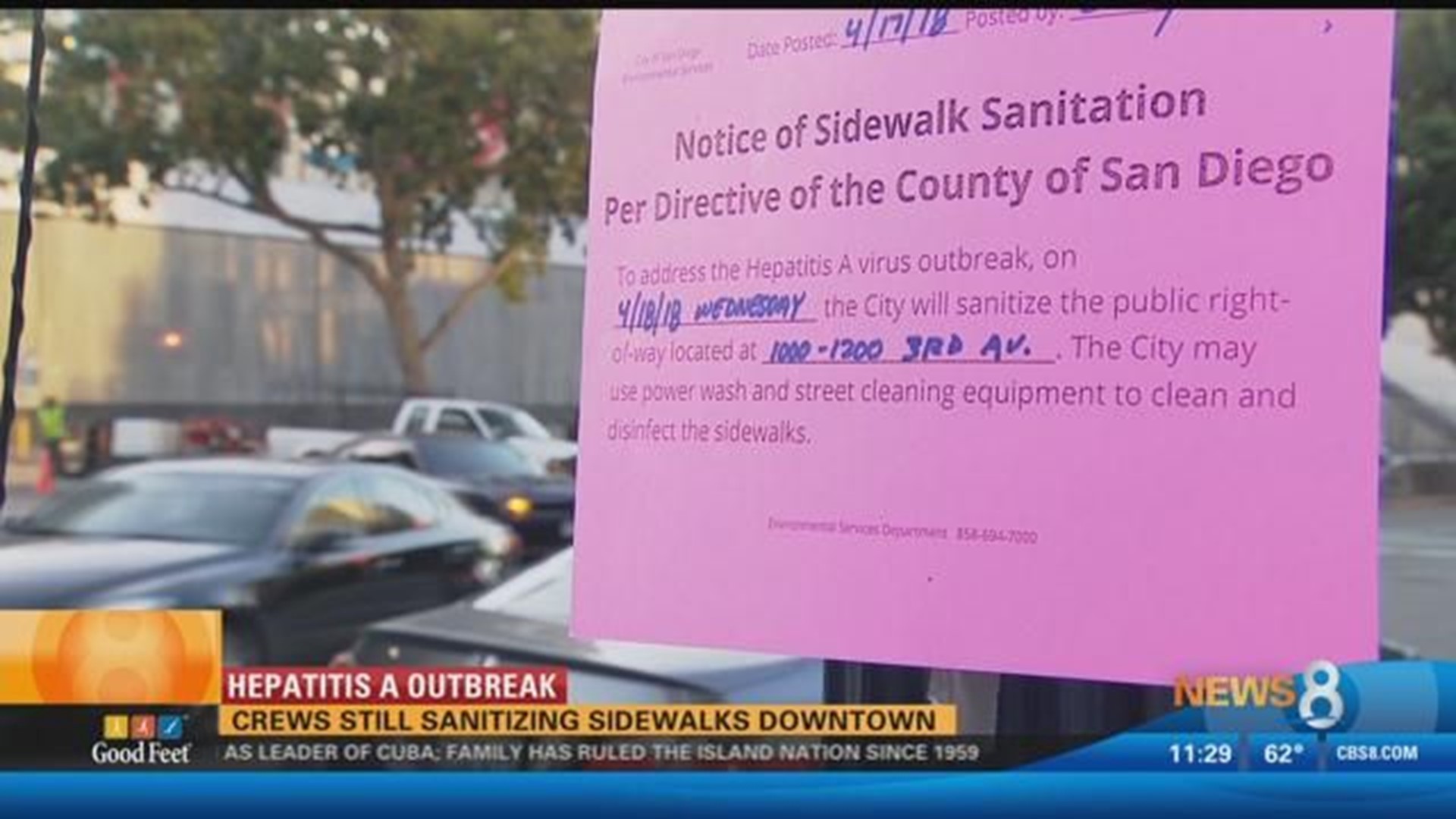 SAN DIEGO (NEWS 8) - The city of San Diego is putting signs up warning residents that crews will be sanitizing the streets and sidewalks to address the hepatitis A outbreak.

Officials say the outbreak is still a very big problem in San Diego.

Crews from the Environmental Services Department were out early Wednesday morning, sweeping and spraying the sidewalks.

This has become a weekly routine since last September when a rampant outbreak of hepatitis A created a health emergency for months.

The virus is spread quickly through touch and most often seen in the homeless community or drug users.

While the health alert ended in January, county officials say the virus is still very prevalent. As of this week there have been 588 cases and 20 deaths.

The county says it’s actively fighting the spread of hepatitis A on three fronts, vaccination, sanitation and education.

The best was to prevent the spread of the virus... is through consistent cleaning and hand washing.

It is important to note that health officials recommend washing your hands with soap and water rather than using hand sanitizer which is not as effective for hepatitis A.

Anyone can still get vaccinated, and for those who were vaccinated during the original outbreak, it is time to go back in for your 6 month booster shot.

To find out more information on vaccinations, dial 2-1-1