Civic leaders warn of the dangers of spice

San Diego leaders on Wednesday said the number poisonings from the synthetic drug known as spice is exploding. 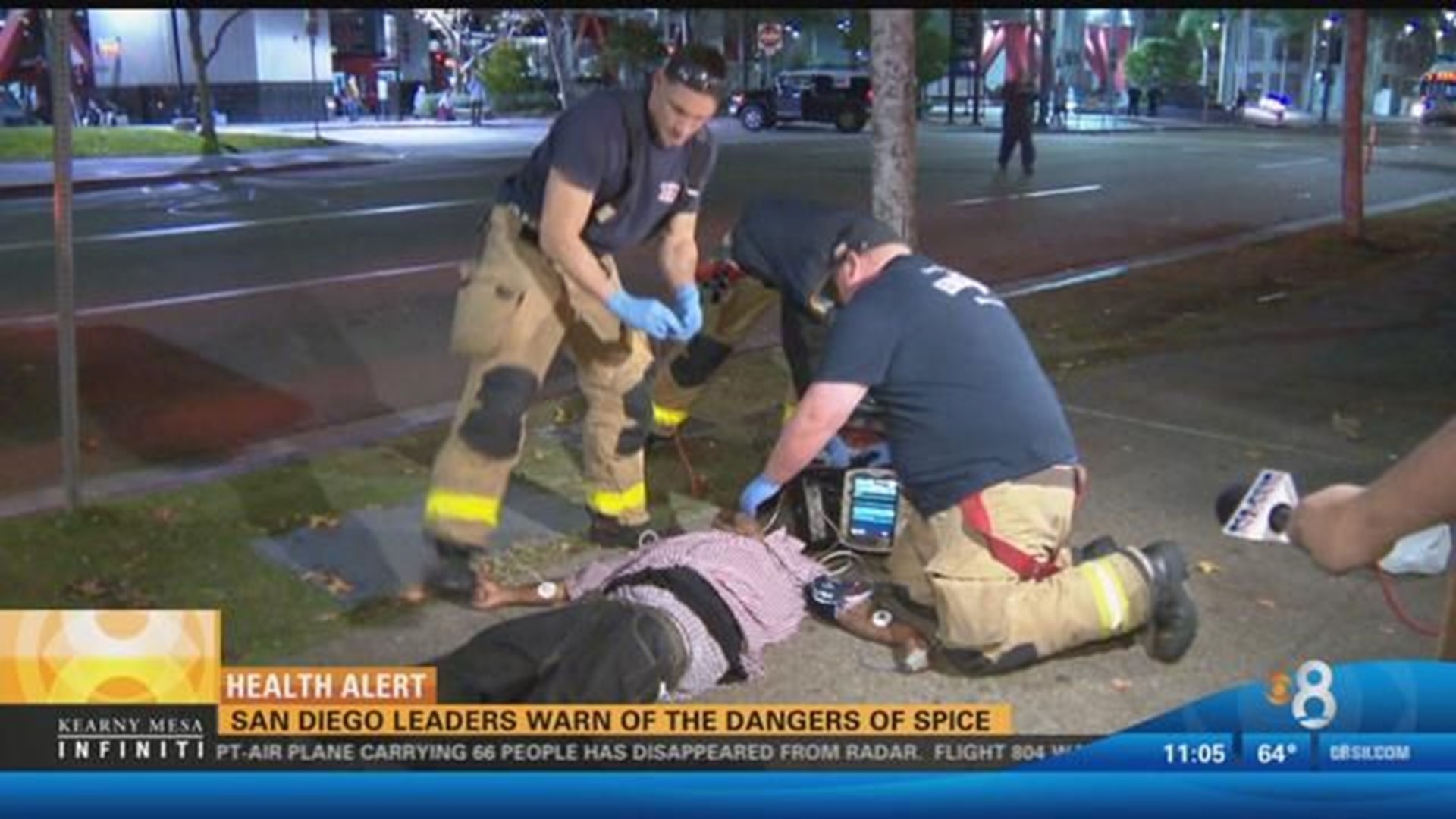 SAN DIEGO (CBS 8) - San Diego leaders on Wednesday said the number of poisonings from the synthetic drug known as spice is exploding.

The alarming number of spice poisoning has primarily impacted homeless men in San Diego's downtown area, as well as, Hillcrest.

The spice poisonings have put a strain on emergency medical services, which has created a call for action.

Since January 2012, selling synthetic cannabinoid compounds -- including psychoactive "bath salts" and certain herbal incenses -- has been illegal in California.

Spice is made by mixing chemicals imported from China with acetone and spraying the compound on plant material so the end product looks like marijuana.

With no regulation over the illicit manufacturing of Spice, it has freely flowed into distribution networks that supply smoke shops, convenience stores and other retailers, where it is billed as "legal pot," according to Dumanis' office.

Last fall and winter, emergency personnel responded to three outbreaks of Spice overdoses involving a combined total of more than two dozen patients who had smoked the drug in downtown San Diego.

Abusers of Spice sometimes wind up at poison-control centers with symptoms that include rapid heart rate, vomiting, agitation, confusion and hallucinations. The substance also can raise blood pressure and lead to reduced blood supply to the heart.

Despite such incidents and the state ban on Spice, convenience stores, smoke shops and other retailers have continued to sell it, according to police.

Some brand names under which the drug is marketed include "Mr. Nice Guy," "California Dreams," "Scooby Snax," "Green Buddha," "24K" and "Nuclear Bomb."