Classes at Clairemont High School were canceled Wednesday following an early morning break-in and a suspected arson fire at the campus. 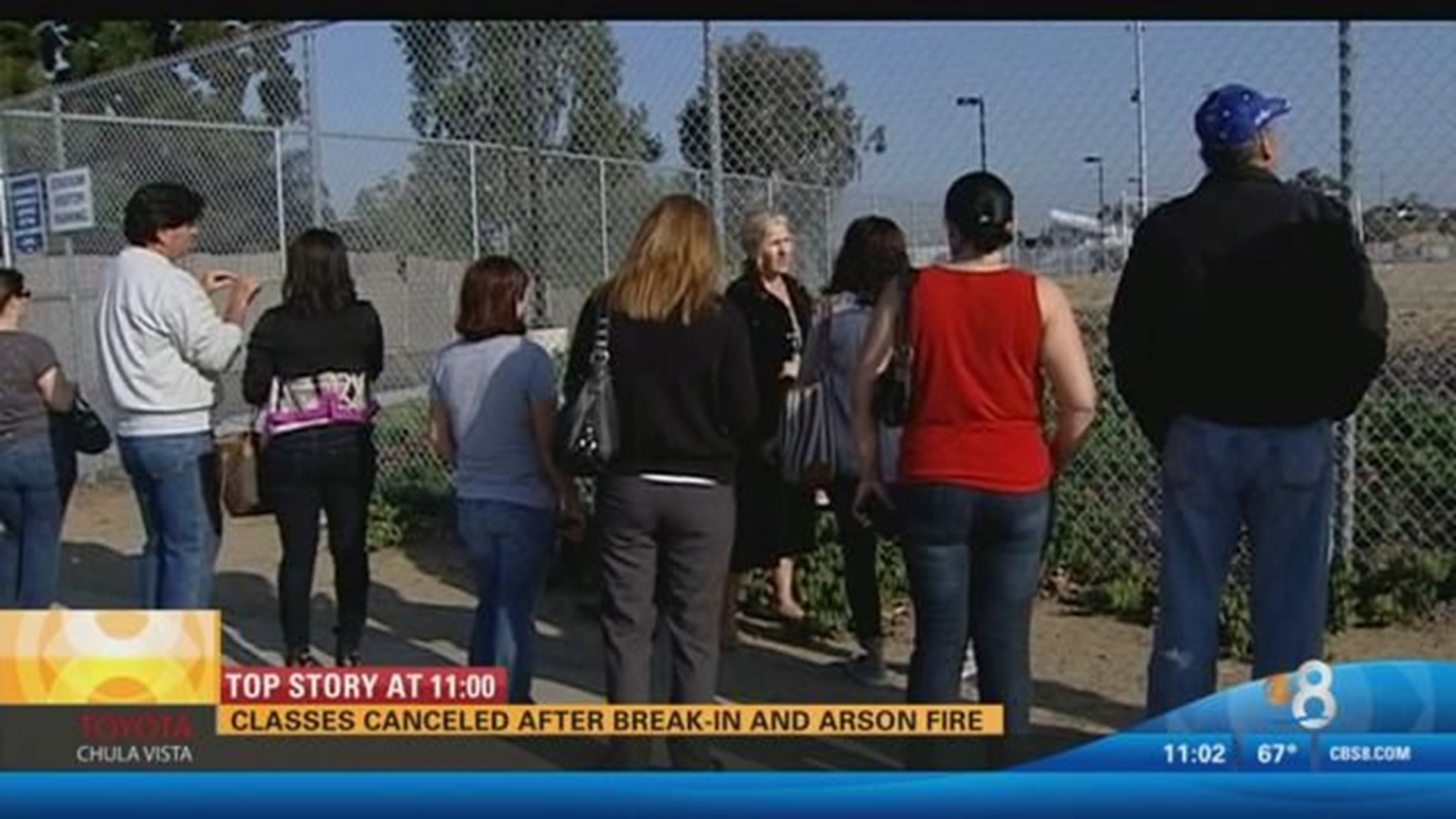 Police said a male juvenile, possibly a student at the school, broke into Claremont High around 6 a.m., and set a chemical fire in a physiology, science lab.

"There was something in the room that said flammable. They dumped it on some papers on the ground and lit that off," said San Diego Battalion Chief, Matt Nilsen.

The fire department quickly extinguished the blaze, and contained the damage to just one classroom. Authorities said the suspect appeared to have gone on a rampage in other classrooms, as well. While firefighters put out the flames, police arrested a 16-year-old they found running inside the school. He is in custody and being questioned.

The investigation remains active. Classes are set to resume Thursday.