The a Coast Guard is scheduled to offload approximately 36,000 pounds of cocaine Tuesday, which were seized during a counter-drug patrol in international waters of the Eastern Pacific Ocean. 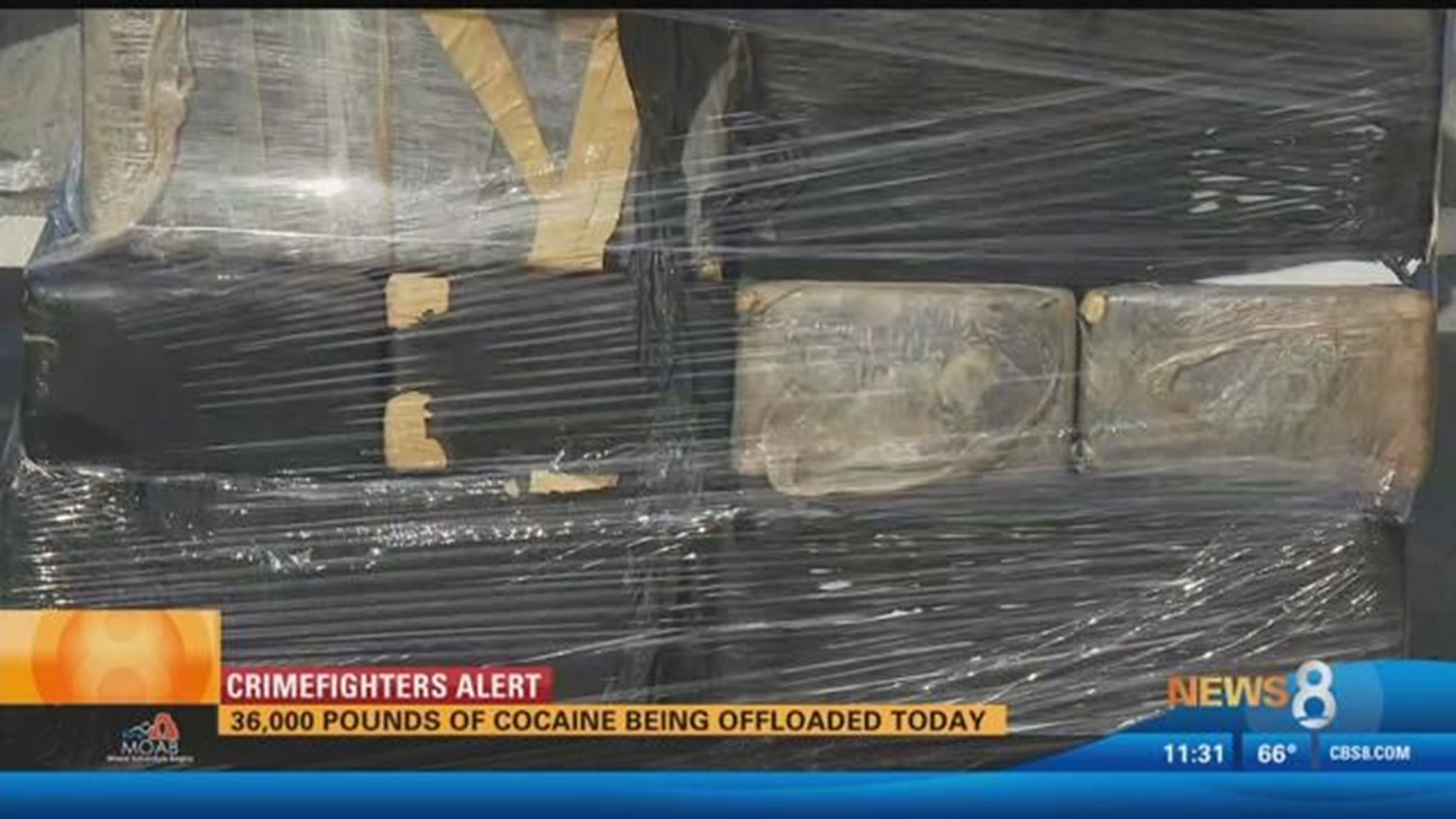 SAN DIEGO (CNS) - Coast Guard crews offloaded roughly $500 million worth of cocaine weighing about 36,000 pounds that was recently seized during more than a dozen operations in the Eastern Pacific, authorities said.

The bulk of the cocaine represents what was seized by five Coast Guard cutters during 17 separate seizures between early February and early March off the coasts of Central and South America, Coast Guard officials said. All drugs seized by the five vessels were offloaded Tuesday by the crew of the Coast Guard Cutter Bertholf at San Diego's B Street Pier.

Bulk of the cocaine seized offloaded Tuesday by the crew of the Coast Guard Cutter Bertholf at San Diego's B Street Pier.

"This offload by the Bertholf represents the great work being conducted in the Eastern Pacific combating the transnational organized crime groups behind the drug trade, which spread instability, fear and harm to people, communities and entire nations," said Rear Adm. Todd Sokalzuk, commander of the 11th Coast Guard District, which covers the coast of California and the offshore waters from Mexico to Chile.

"Thanks in part to the hard work and dedication of the brave crewmen and women of the Bertholf, and other ships on patrol, we're seizing record amounts of cocaine for the third year in a row," Sokalzuk said.

Authorities estimate the roughly 18 tons of cocaine being offloaded is worth about half a billion dollars to drug traffickers.

Bulk of the cocaine seized offloaded Tuesday by the crew of the Coast Guard Cutter Bertholf at San Diego's B Street Pier.

"I'm proud of the hard work and dedication of my crew, as well as the crews of Coast Guard Cutters Bear, Diligence, Harriet Lane, Venturous and the joint and interagency personnel who work hand-in-hand to secure our nation," Bertholf commanding officer Capt. John Driscoll said. "These crews worked around-the-clock to seize this load of contraband that denies traffickers about half a billion dollars' worth of illicit proceeds that would have gone to fund the nefarious work of transnational criminal organizations.

In addition to Coast Guard crews, numerous U.S. agencies were involved in the drug seizures, including the Department of Homeland Security, Department of Defense and the Justice Department.