A scandal is brewing at Junipero Serra High School over a controversial Halloween costume worn by some of its football coaches. 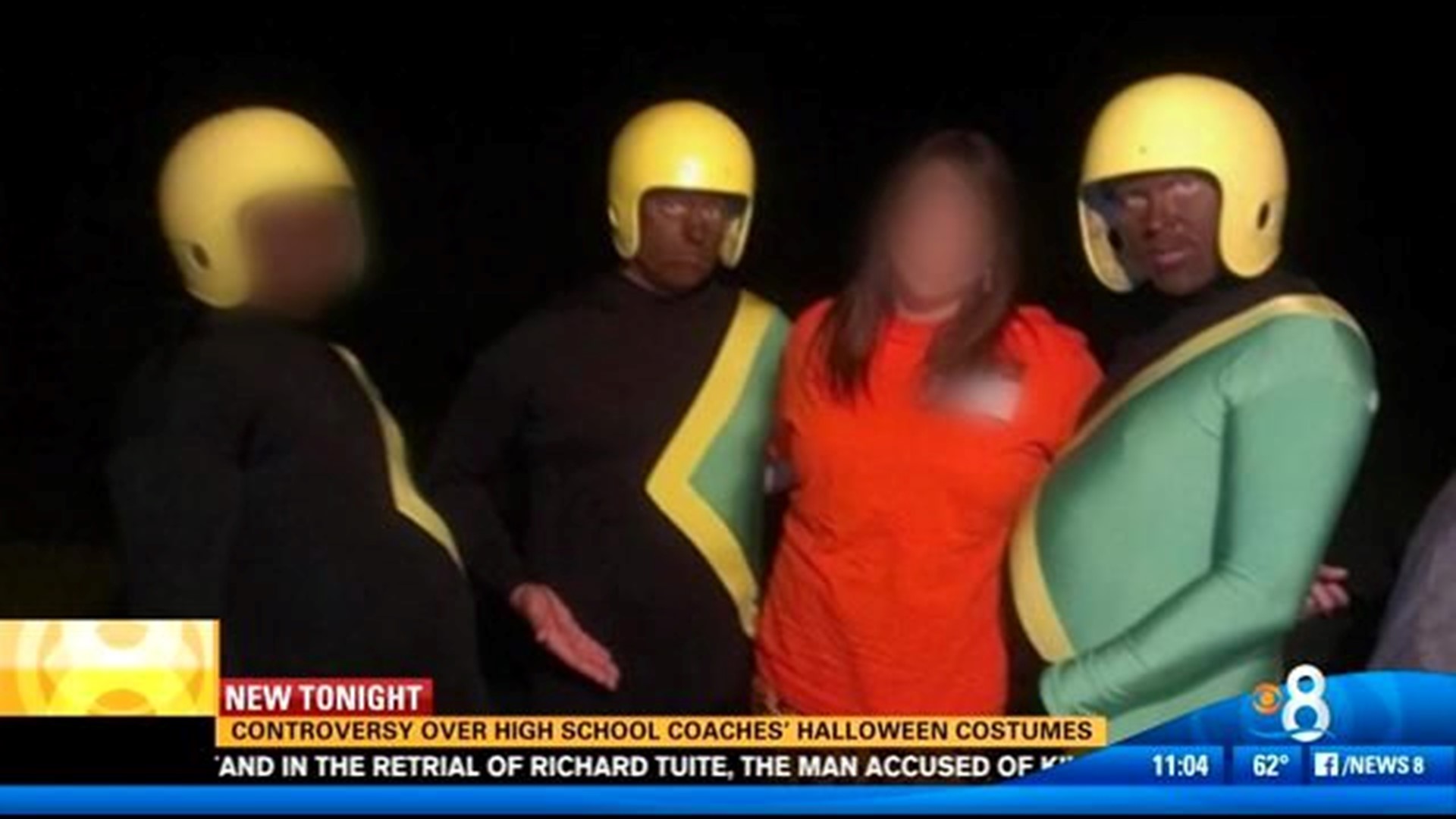 SAN DIEGO (CBS 8) - A former volunteer coach at Junipero Serra High School has stepped forward to defend two of its varsity football coaches at the center of a growing controversy. The men have come under fire for photos posted on Facebook, showing them in blackface at a private Halloween party.

"This is blown out of proportion, extremely way out of proportion," said Al Dave, who worked with the coaches for several years. "They are not racist at all: if there was one sliver of racism in any of them, I would have turned them in myself."

The pictures surfaced on Facebook after the private, off-campus party attended by at least two Serra High School Varsity football coaches. The photos show the men, identified to CBS News 8 by parents and students, with their faces painted black and dressed as the Jamaican bobsled team from the 1993 movie "Cool Runnings."

Players identified one of the men in the pictures is their head coach Brian Basteyns and another man is assistant coach Harold Seeley.

A third coach, identified in the photos as Chris Herrin, did not paint his face black but dressed as the character coach in the movie as part of the group costume.

Other people in the pictures are not being identified by CBS News 8 because we are told they are not affiliated with the San Diego School District.

According to the Junipero Serra High School website, coach Basteyns is also a P.E. teacher and Herrin is a science teacher. Students said Seeley is a volunteer coach.

The San Diego Unified School District has confirmed that an investigation into the case is currently underway.

In the meantime, the local chapter of the NAACP has called for the coaches' resignation.

The San Diego regional branch of the Anti-Defamation League has called on the school district to take "appropriate action."

"In this day and age, blackface is unacceptable at any time," said Tammy Gillies, regional director of the Anti-Defamation League in San Diego. "based on the racial history in our country, they are furthering these racist ideas."

CBS News 8 has reached out repeatedly to the coaches for comment, but have received no response. Serra High's principal has told CBS News 8 he "has been asked not to comment."

In preparation for the Halloween festivities, the Junipero Serra High School website has posted costume guidelines for students. The posted rules forbid costumes that are considered derogatory or offensive to any groups or individuals.