A downtown bar in San Diego is facing backlash after it promoted a party to celebrate Comic-Con attendees leaving San Diego after the convention ends. 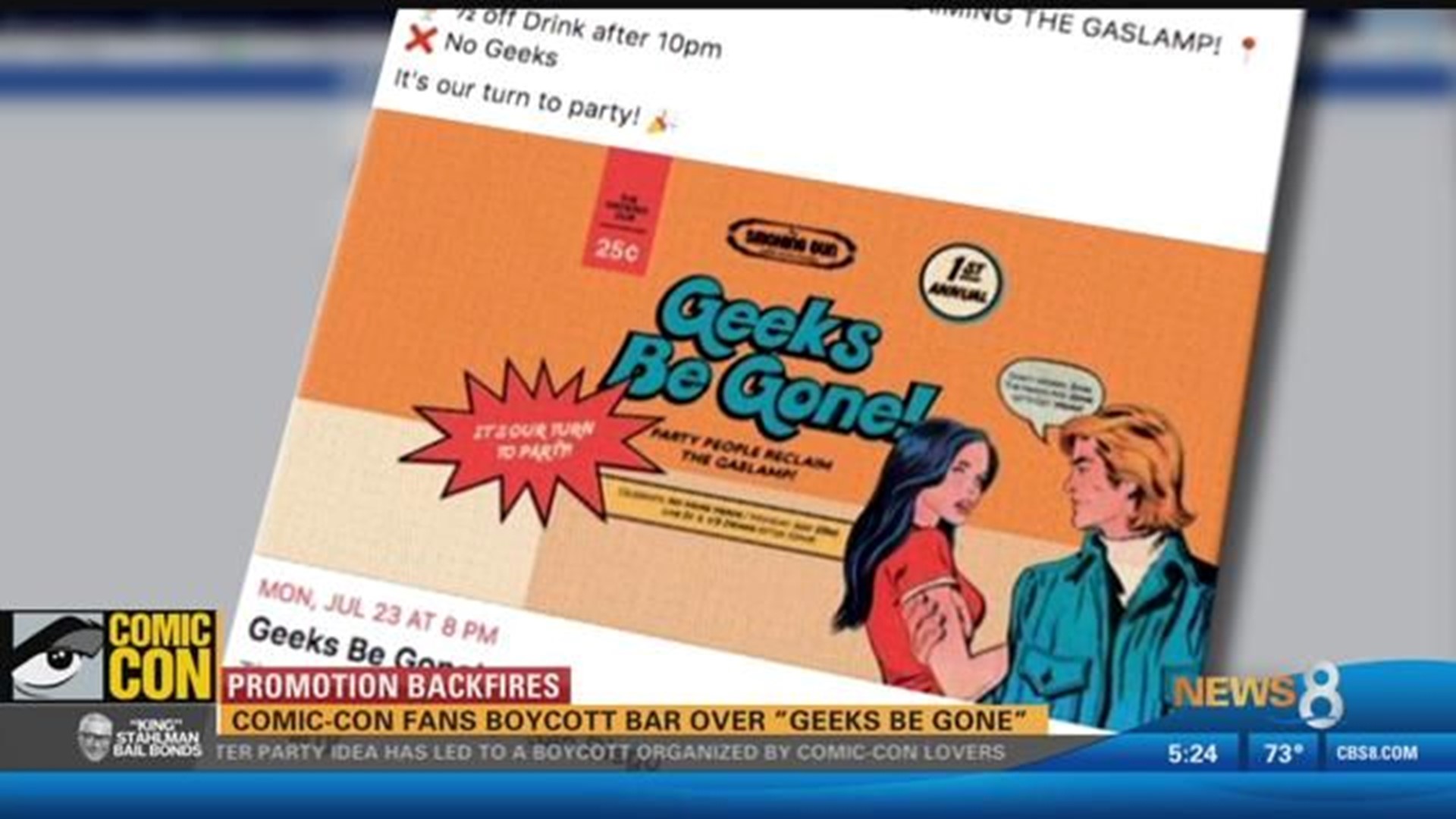 SAN DIEGO (NEWS 8) – A downtown bar in San Diego is facing backlash after it promoted a party to celebrate Comic-Con attendees leaving San Diego after the convention ends.

The Smoking Gun Bar in the Gaslamp area shot themselves in the foot after promoting a “Geeks Be Gone Party – No Geeks Allowed” event on Facebook during Comic-Con week in San Diego.

When Comic-Con fans got word of the promotion, they called for a boycott.

David Bedel said he could not believe someone actually thought it was a good idea to insult those attending San Diego’s largest convention – which brings big bucks to area businesses. "That is like a slap in the face to say 'no nerds allowed.' What did we do? Excuse me, I confess I am coming out: I am a nerd. I am a geek."

David said he loves the irony that the Smoking Gun Bar posted the ad on the internet – where, surely, geeks are the first ones to see it.

Rich Soublet posted his disappointment on Reddit’s Comic-Con section. He called the theme of no nerds allowed tasteless and encouraged a boycott.

"There are plenty of other places to patronize downtown who welcome geeks and nerds and are happy to have them bring in foot traffic – so go to those places instead," wrote Soublet.

A manager for the Smoking Gun Bar declined to go on camera with News 8. The bar did pull the ad and a user claiming to be the GM of the bar posted an apology on Reddit calling it, "a huge verbiage mistake." Further, "the goal was simply to offer downtown workers a chance to relax after the crazy convention with half-price drinks."

Comic-Con fans said the apology did not seem sincere.

Some Comic-Con fans told News 8 they are still planning on staying away from the Smoking Gun Bar. 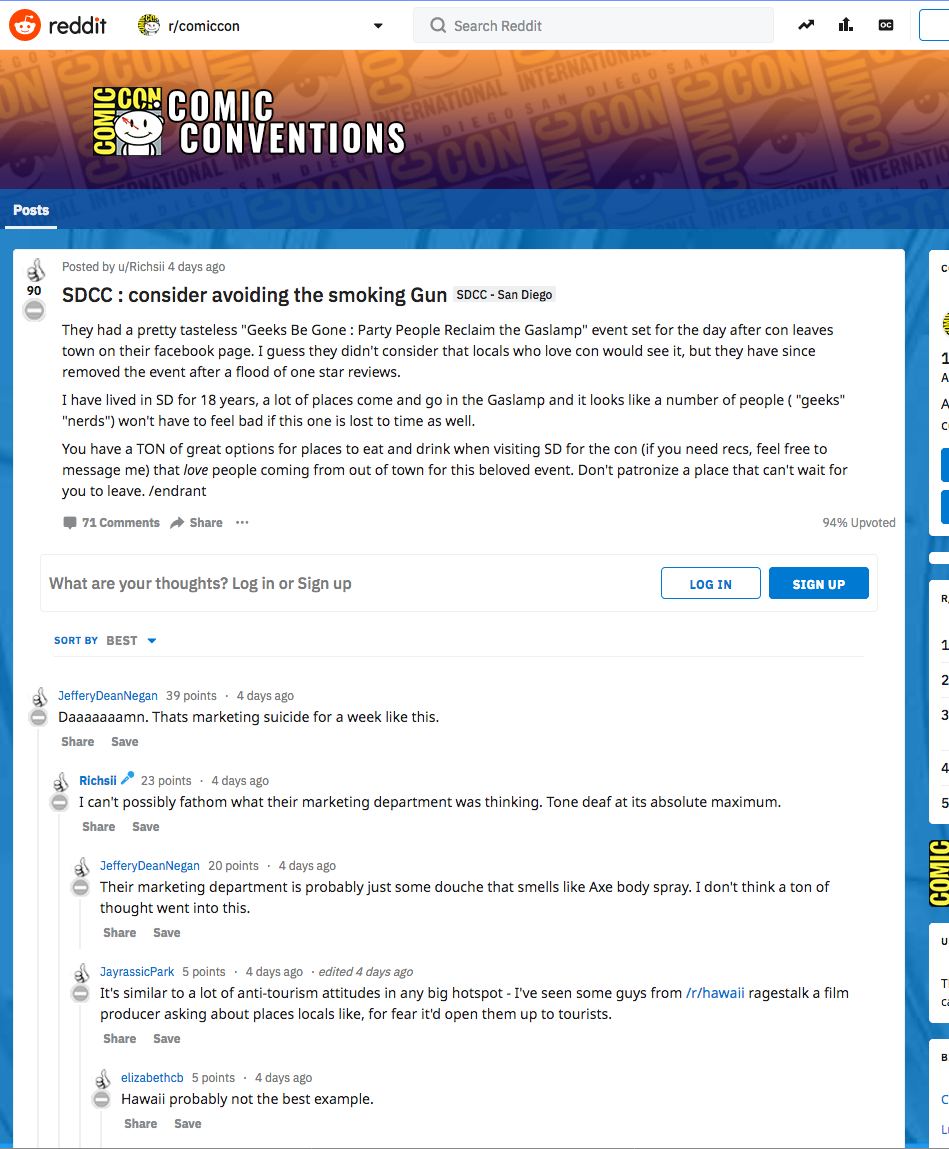