Asian Americans reflect on first memories of racism, their painful past and their hope for the future

"The way that I fight it, is by proving people wrong. You tell me an Asian person can't do this, you better believe I'm going to do it," said actor Nico DeJesus. 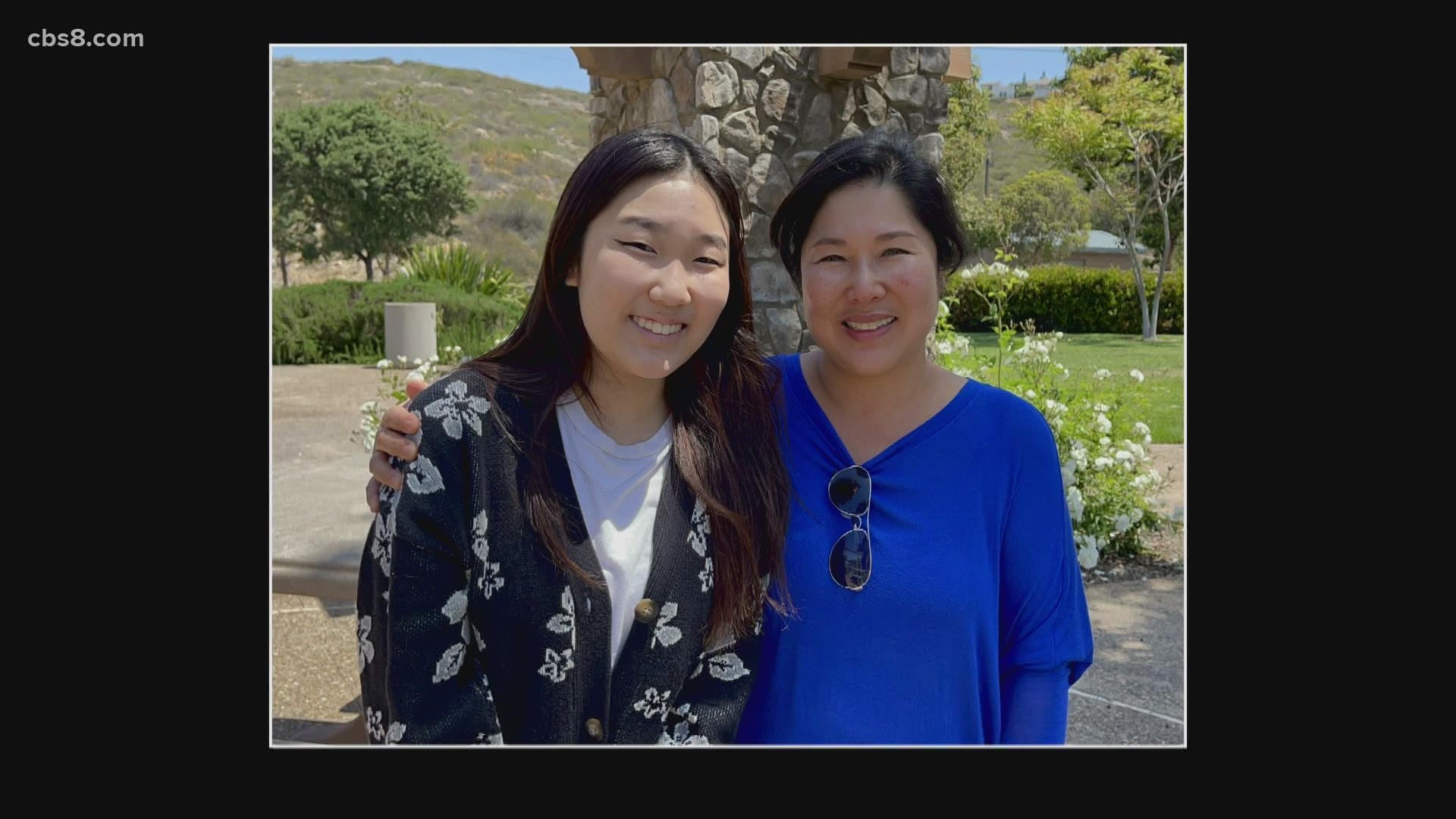 SAN DIEGO — It's Asian American and Pacific Islander Heritage Month, and to highlight Asians in San Diego County, I sat down with a few people from different age groups and genders to talk about painful memories of the past, the struggles of overcoming racial bias, and how they've tried to turn those challenges into powerful messages.

These were long discussions that were reflective and emotional. The common belief among everyone is that only by having these conversations, can there be healing and hope for the future.

It's difficult to open up, express yourself and share painful memories that seem so raw, even decades later. It leaves you vulnerable, but also powerful. I want to thank attorney Erika Cheswick, IT executive George Chen, actor/dancer/performing artist Nico DeJesus, and student activist Ara Lee, for trusting me to share their stories.

They revealed to me their first memories of racism, the impact it had on their mental well-being, how it shaped who they are today, and their hope for the future.

Taking this journey with them the past couple of weeks has also prompted me to reflect on my own experiences with racism.

I remember being 8 or 9 years old, and in line at a gymnastics class. All the girls had on leotards and they were comparing their skin color. They had all just returned from spring break in Florida (I grew up in a suburb of Detroit, Michigan) and they were showing off their tans.

My family had not gone to Florida, but I had a light tan on my arms, and I leaned in and said with a smile, "Now you're all tan like me! We have similar skin color now!" and one girl stepped back, looked at me with disgust and said, "My mom told me not to play with people who have your color skin." I remember being confused -- weren't they all just boasting who had the best tan? -- so why was my skin color bad, I wondered?

That happened four decades ago, and I remember it vividly. I remember what I was wearing, where we were standing, and how I felt isolated and alone after they moved away from me. I felt cold and lonely.

I never told anyone what happened.

These days, I am so inspired by watching the younger generation of people like Ara Lee, a student at San Marcos High School.

"I'm the president of the Asian Student Union at my school, and I organized a march in Carlsbad, that rallied over 500 people," which she said she was thrilled to see.

"We were able to just march together in solidarity to give support to our community and be able to stand together," she explained. "I really hope that I am one of the new generation of Asian people who can speak out. I think it's super necessary. Just educate others around you. By speaking out, it does that a lot," she said.

I let the four people I interviewed share from the heart. Please listen to the video story to hear their insight and perspective.

Thank you for being part of the conversation and the voice of change we need to allow us all to focus more on the similarities we share, than the differences between us.