"The tears just rolled down and we were like, 'What happened?'" 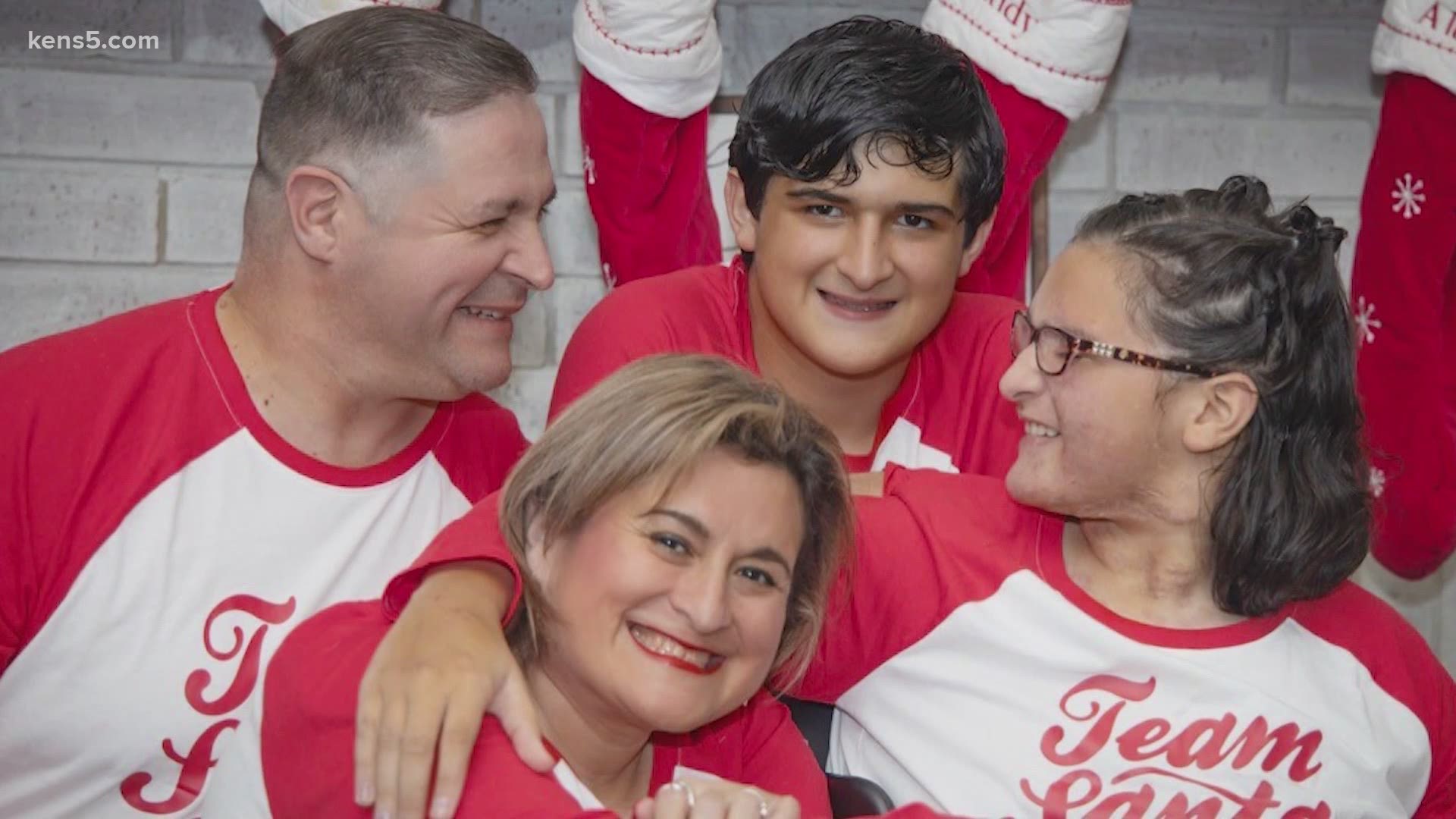 SAN ANTONIO — Jackie Martinez doesn't know how to explain it. She said what happened on Christmas Eve was nothing short of a miracle.

Her daughter, Sophia Munson, spoke for the first time in nearly two years.

"We just couldn't believe it," Martinez said. "I mean, the tears just rolled down and we were like, 'What happened?'"

On Memorial Day weekend in 2019, Sophia was badly hurt in a car crash. She suffered a stroke and traumatic brain injury. She lost her ability to walk and talk.

Martinez says Sophia ended up spending 101 days in the hospital.

That was the only way her 12-year-old daughter could communicate. Up until last month.

That was when Sophia surprised her entire family when she uttered her first word since the accident.

Then she greeted her father, brother and dogs by name. Almost instantly, the family says, Sophia was back to talking in full sentences. She's now Facetiming her friends and even singing a few songs.

In a season filled with challenges, Sophia's gentle voice is the silver lining. Her smile that's been missed brings hope for the year ahead.

At this point in her physical therapy, Sophia is able to stand up and walk with assistance. Her next step is walking on her own.