The COVID-19 Community Response Fund has more than $6 million in it as of Thursday, March 26. 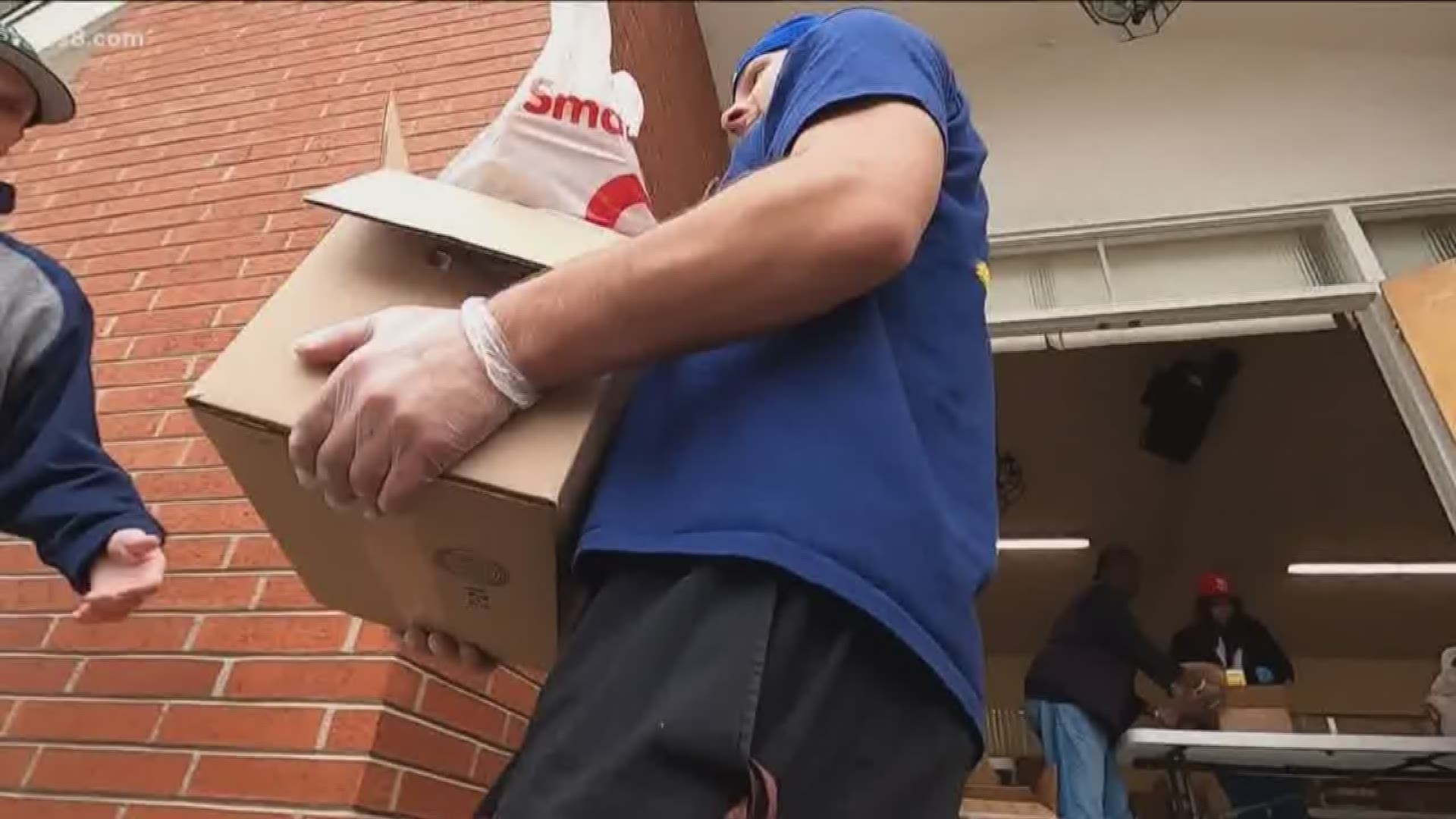 SAN DIEGO — In less than two weeks, San Diegans have donated millions of dollars to the COVID-19 Community Response Fund. Now, we're starting to see how some of that money is being used.

The COVID-19 Community Response Fund has more than $6 million in it. Some of that money helped make a food giveaway possible on Thursday.

Waiting in cars or standing six feet apart, people lined up outside Saint Agnes Church in Point Loma for a food giveaway put on by the Jacobs & Cushman San Diego and North County Food Banks. People handed out enough food to support 200 families, or 800 people.

These giveaways are nothing new for the San Diego Food Bank, but the number of those in need right now is.

"We're feeding about 350,000 people a month and in talking to our nonprofit partners, their lines are 50 percent longer," said Food Bank President and CEO James Floros.

Despite that, Floros said there's enough to go around, in part thanks to a $500,000 grant from the San Diego Foundation. The Foundation established the COVID-19 Community Response Fund on March 16. Since then,1,000 locals and corporations have donated to the fund..

The money isn't being handed to individuals directly, but rather non-profits focused on three areas:

No-interest loans for nonprofit organizations will also be given out.

"We are working as quickly as we can to get these dollars out into the community," said San Diego Foundation CEO Mark Stuart.

Stuart said the foundation has always responded to emergencies in our area, and that the same type of generosity is being seen nationwide.

"Almost a quarter billion dollars has been raised by 170 community foundations in 49 states," said Stuart.

If you're wondering whether or not you qualify for any of that help, the San Diego Foundation website has a list of nonprofits they're allocating money to.

“Individuals should reach out to those nonprofits," said Stuart.

It’s a group effort, and a reminder that we're all in this together.

The next food giveaway is this Saturday at 9 a.m. at the SDCCU stadium on 9449 Friars Road.