San Diegans are celebrating Hispanic Heritage Month, which recognizes contributions that Hispanic Americans have made in the U.S. 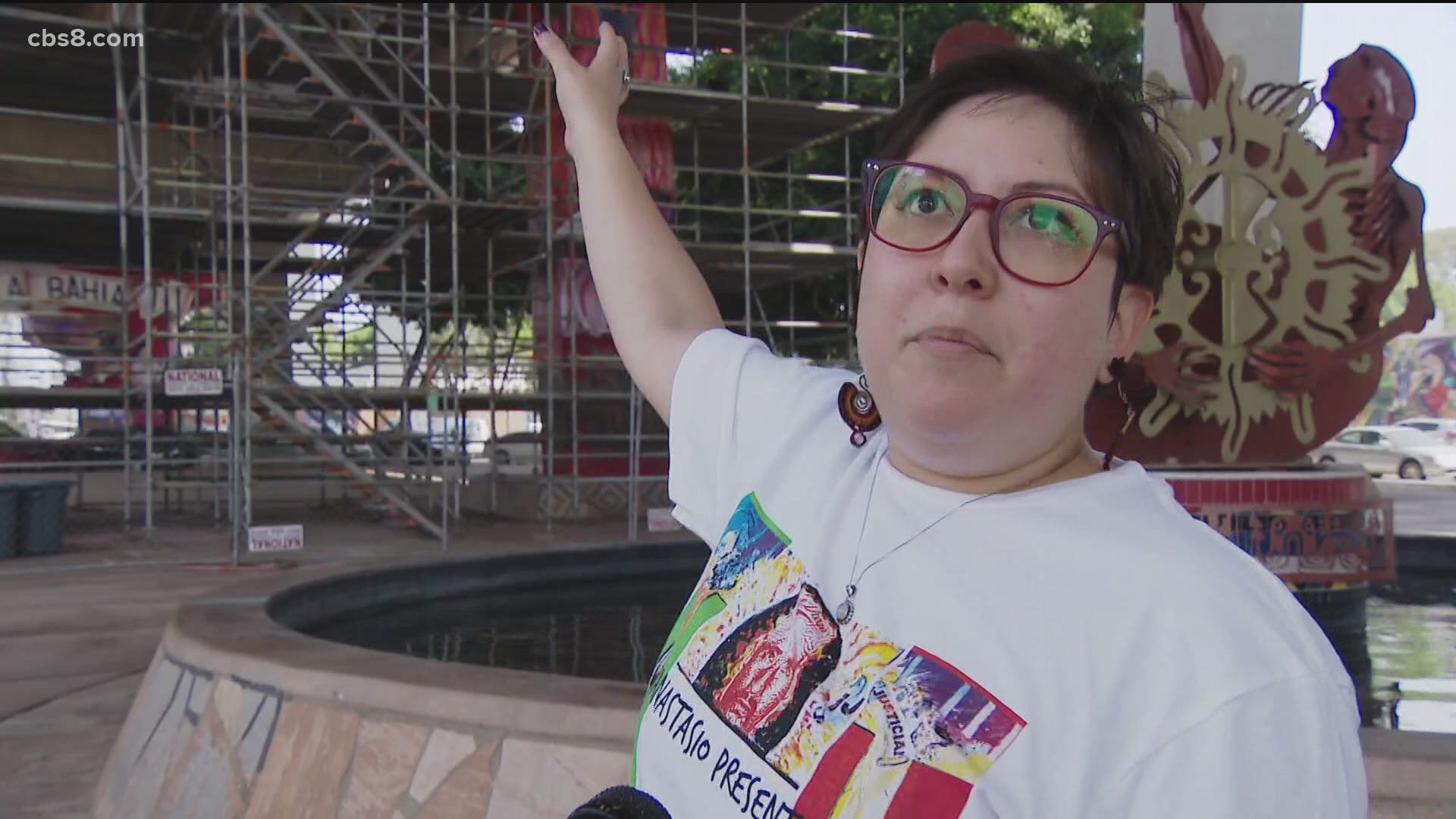 CHULA VISTA, Calif. — Many are highlighting all the things that make Hispanic Heritage Month special from the people to music, food and artwork.

Way up on a high rise in Chicano Park, several artists stroke with their paint brushes a mural of strength and unity on Tuesday.

"Right underneath there will be the Mexican flag and other Central American countries shown because we have a very shared history. It's sacred work for us. It's a continuation of our lineage," said mural painter Xochitl Flores.

Then in Old Town, the celebration continues with the annual "Call of El Grito" at 8 p.m. Tuesday at Cafe Coyote.

“We have someone stand on our balcony and reenact the entire historical call,” said Chloe Fenney, manager at Café Coyote.

The Mexican restaurant has celebrated the day for 10 years, offering a time to reflect and enjoy festive food and drinks with pandemic-friendly outdoor dining.

"El Grito is just one of those nights to celebrate not only Mexico but this year, to celebrate the accomplishments of community,” Fenney said.

Each day until October 15, The Chicano Federation will highlight on Facebook, a different Latino-owned business. It first mentioned Lemon Grove's El Pollo Grill.

"We’re really showing and showcasing our Latino workers, who are out there right now providing essential childcare, so that those essential workers can go back to work,” Alcantar said.

Pedro Rios, director of the American Friends Service Committee enjoys looking back on Latino leaders who helped pave the way.

"Many unsung heroes of our past - one name that comes to mind is Luisa Moreno. She was a woman of the 1920s who was a pivotal labor movement and a social activist who really challenged the status quo while protecting immigrants rights,” Rios said.

Rios is excited that the Chicano Park mural will be finished this week as the artwork tackles the difficult message of death at the border.

"With talking to my kids, it's an opportunity to tell them about the justice issues in our area," Rios said.

This month, The Chicano Federation said it will focus on voter registration, increased COVID-19 testing for the disproportionately-affected Latino community and also getting better representation in the Census.

10 years ago Anastasio Hernandez Rojas was brutally beaten & shot with a taser by border patrol agents at the San Ysidro Port of Entry. He died 2 days later. Yesterday his mural, which pays tribute to his memory & to the continued battle for justice was unveiled at Chicano Park. pic.twitter.com/06rAef0E5P