The Jaro Project was created in memory of Jorge Alberto Rocha Osuna who was killed in a 2014 road rage incident in National City. 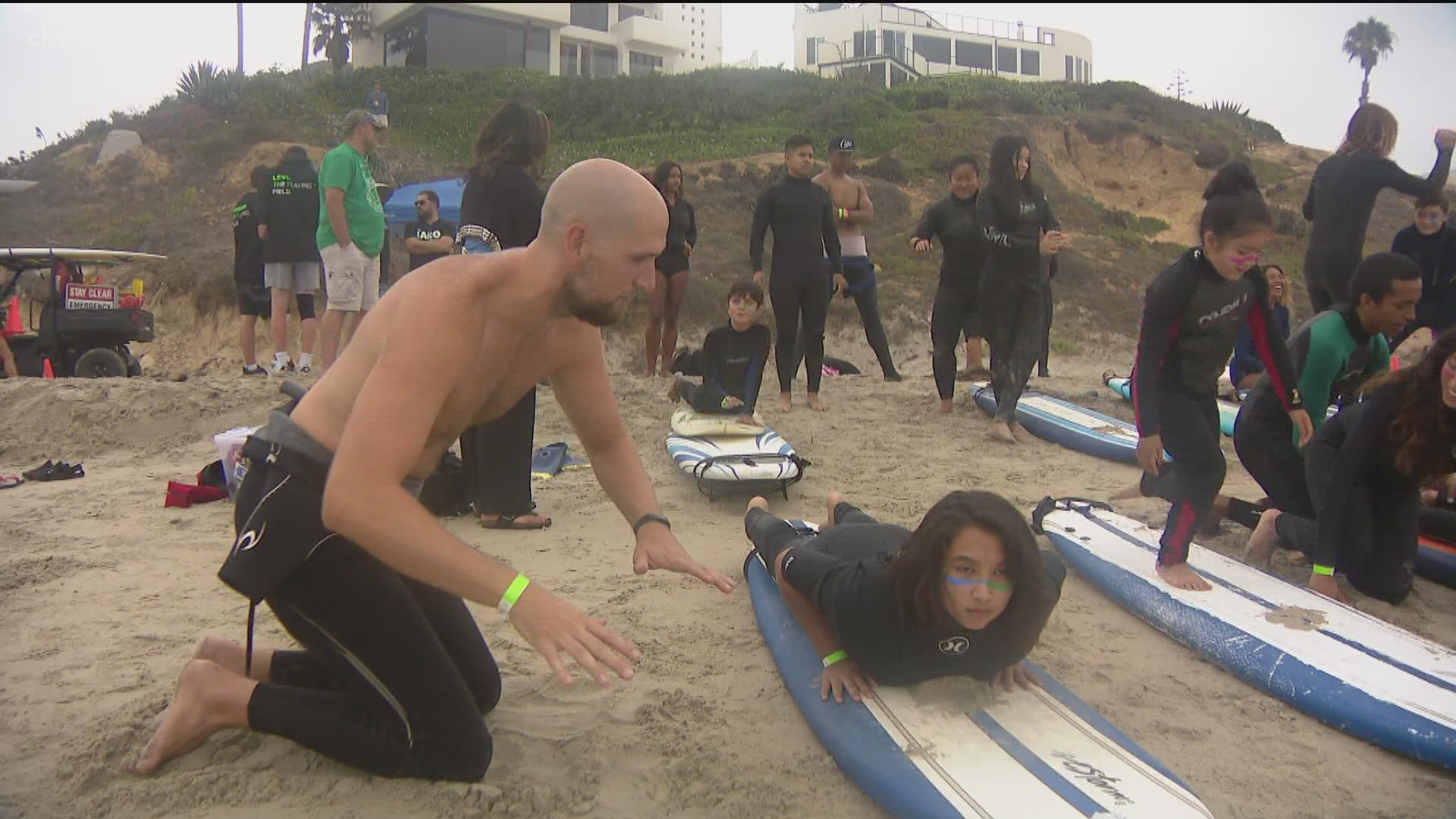 NATIONAL CITY, Calif. — Even though San Diego is located so close to the ocean, sometimes it’s hard for kids in the inner city to get a surf lesson, which is why a dedicated group of volunteers is making it possible for every child to learn how to ride the waves.

Growing up in National City, Johnathan Galendez would have loved a surf lesson. He told News 8, “So if you don't have that access to even have education, you're not going to do this. You're not going to enjoy what the world has to offer. And that's really tragic to me because we live so close to the water.”

On Saturday Galendez taught a few dozen National City kids how to pop up, where to place your feet and how to be balanced. He told one surfer, “Surfing is a lot like life, we’re going to need to be balanced.”

Galendez teaches for the Jaro Project, an organization founded by his former classmate at Sweetwater High School Chris Ozuna, in honor of his brother who was murdered in a road rage incident in National City. Since 2014, Ozuna has been using sports to get kids off the streets and into the water

As Saturday’s coach, Galendez took the time to make the kids laugh. Eager to be a positive role model for the next generation of kids growing up in National City. The pair, hoping as small as a surf lesson will not just make ripples, but waves in the future for their community.

WATCH RELATED: Riding the 'wave of the decade' at Mavericks (January 2021)