'Helping the Hungry Virtually' was started by a 16-year-old and her classmates to help hungry families, including the thousands who have lost their jobs. 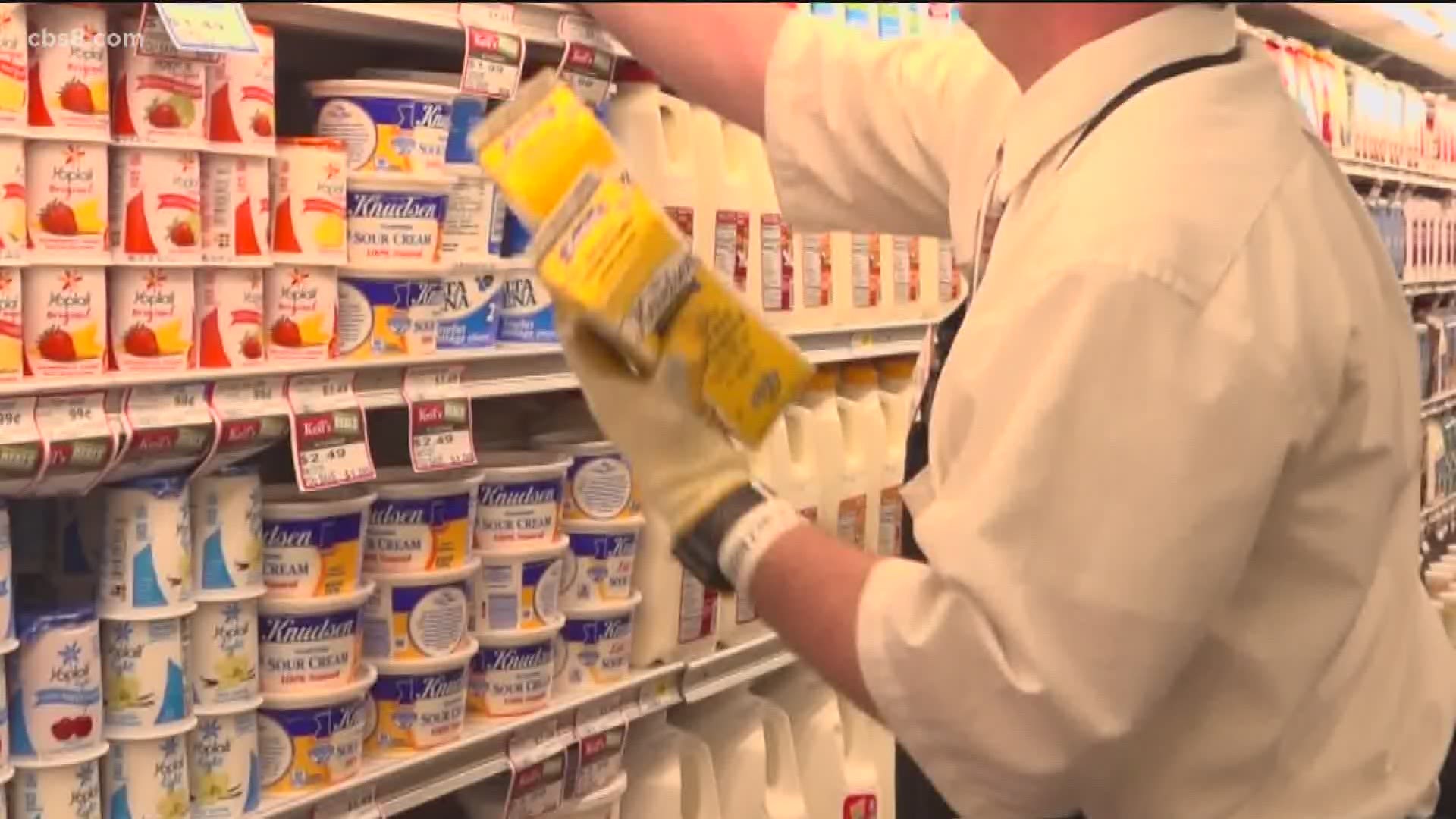 The need to help families with food insecurity is real.

The San Diego Food Bank reports it used to feed 350,000 people a month and since the pandemic, that number has grown to 600,000 because many people lost their jobs.

Stories like this caught the attention of a 16-year-old student from La Jolla who wanted to help put food on the table for hungry families.

“At the beginning of the pandemic, I came across a news story about a mother who had been skipping meals and was laid off in order to pay for food for her children to eat and that really stuck a chord with me,” said Ashley Cohen, Helping the Hungry Virtually, Founder and C.E.O.

The teen reached out to classmates who also wanted to help.

"I definitely didn't want to stay single-minded during the pandemic,” said Cohen.

The students did not have much in their piggy banks, so they brainstormed ideas on how they could help.

“None of us could drive and we barely had enough money to pay for one family's groceries, so we had to get creative,” said Cohen.

The organization Helping the Hungry Virtually (HTHV) was born to donate e-grocery gift cards to families in need and those who have lost their job.

The students reached out to friends, family, executives and elementary schools. Kroger, who owns Ralphs and Food 4 Less, donated several grocery gift cards to send to families in need. They’ve also spoken to Target, Walmart, Costco and Sprouts as potential donors and a GoFundMe was created.

“I wanted to make sure to look beyond myself, beyond students at my school and look into the community to fill a need that really had to be filled,” said Cohen.

Cohen shared some reactions from the community.

"I am so moved by how [HTHV has] risen up to fill a need in our community - the connection between people in need and the people and groups who are offering help,” said Lisa Schifrin, local elementary school teacher.

Three classmates are board of directors and Cohen is the CEO. The board meetings are conducted on Zoom.

“We really wanted to show that we are capable and able to drive change in this world,” said Cohen.

Recently, we’ve seen a line of cars for miles during recent food drives. Helping the Hungry Virtually has helped over a dozen families since April.

“One family, their house was broken into during COVID-19 and the father was already laid off from his job and we just wanted to help as much as we could,” said Cohen.

While there are thousands who are struggling to make ends meet, Helping the Hungry Virtually hopes at least one trip to the grocery store will make a difference.

“It sounds cliché, but you miss 100% of the shots you don't take, so I thought I might as well try and help during these difficult times,” said Cohen.

To contact Helping the Hungry Virtually, you can email them.

The organization shared quotes from supporters:

"We commend you Ashley and your friends for being brave and responding to the needs of SD. Stay the course, be patient and remember, the line from Evan Almighty 'How do we change the world? One single act of random kindness at a time.'" - Sprouts team

"Your altruistic work and that of your team is truly admirable." - Local elementary school principal

"I admire your spirit and effort to help your community." - Kroger executive