By the early to mid 1900’s, Little Manila in South Stockton became home to one of the largest Filipino populations in the country. 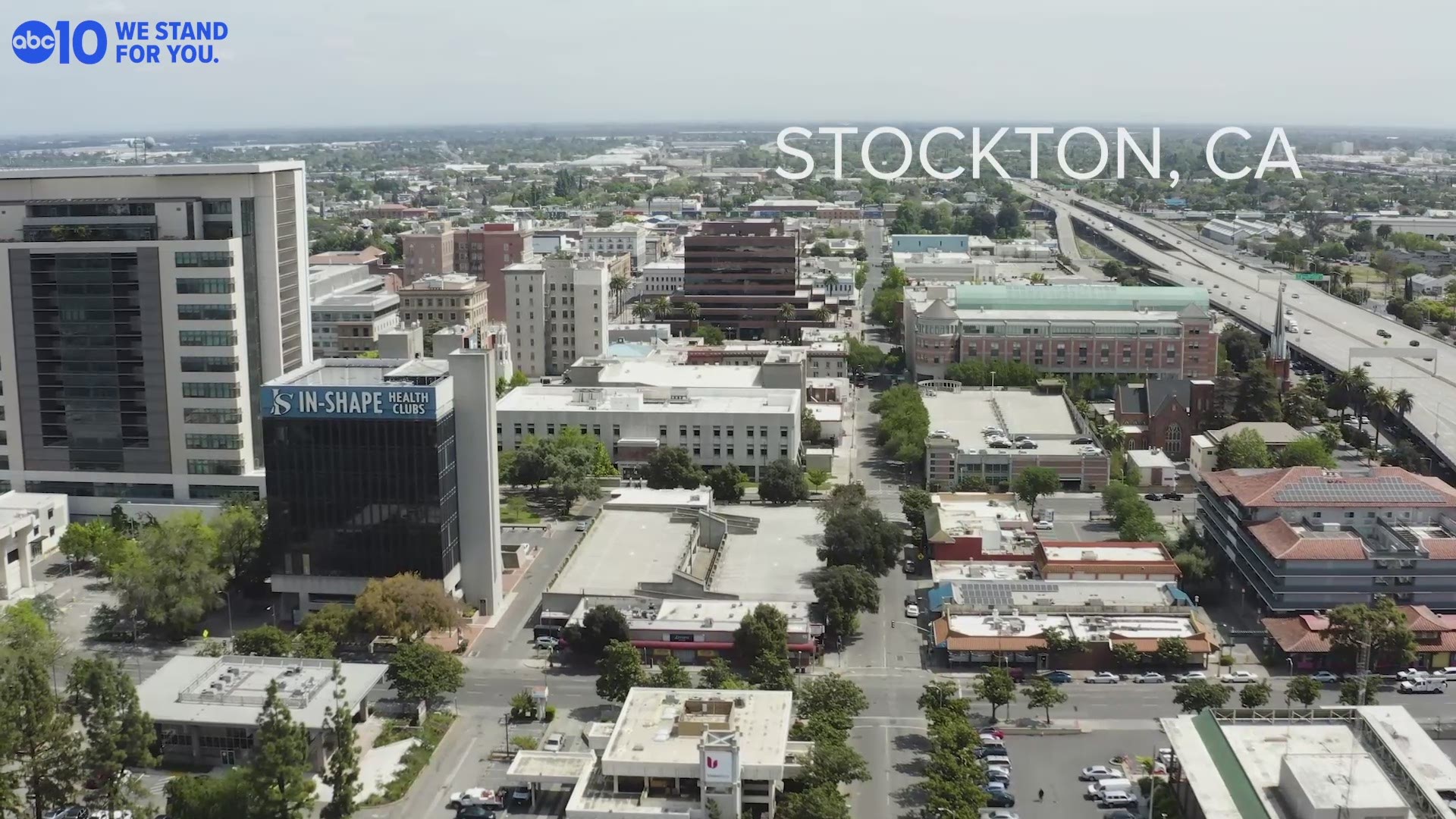 STOCKTON, Calif. — Little remains of what used to be called Little Manila in Stockton. Most of the buildings have been torn down as urban development and a highway moved in.

“I thought it would be there forever,” Lillian Juanitas Medley, who lives in Stockton, said. “When you’re living it you don’t think it’s gonna change.”

After the United State's took the Philippines as a colony, many came here in the early 1900s searching for an opportunity whether it was obtaining a job or pursuing higher education. Many arrived in the Central Valley and found work in agriculture.

Medley’s father came to Stockton from the Philippines sometime between 1916 to 1917 because they had some family members in the Stockton area. He started working in the field before becoming a labor contractor, and then a small business owner, in Little Manila. He owned a grocery store, was a partner at a gambling house, and the Quezon hotel, which was torn down in 1969. What was once a vibrant social scene is now a parking lot underneath the freeway.

Credit: Lillian Juanitas Medley
In the heart of Stockton was Little Manila, there were bustling eateries and businesses including the Quezon Hotel.

“I lived on the fringe of Little Manila,” Leatrice Perez, a Stockton resident, said. “We were within walking distance of two blocks of Little Manila and we did a lot shopping at the Chinese delicatessens and, of course, any Filipino food that we wanted.”

By the 1920s, Stockton became the hub for Filipino Americans because Little Manila was a place where Filipinos were accepted and felt safe. It was an unspoken law that if you were a person of color in the 1930s you were not welcome north of Main Street in the city, according to Little Manila Rising.

Stockton was one of the largest cities in the Delta area where you could not only find a tight-knit Filipino community, but work and a place to stay, including camps, hotels, lodges and people’s homes.

Credit: ABC10/KXTV/Little Manila Rising
Academic Dawn Bohulano Mabalon was born and raised in Stockton. The respected historian penned the book, "Little Manila Is in the Heart: The Making of the Filipina/o American Community in Stockton".

Torres says there were many firsts for the Stockton area because of the Filipino community from churches, shops and clubs, just to name a few.

Labor leaders like Larry Itliong fought for equal rights and conditions in the field.

Based on Torres’ research there were 45,000 Filipinos in the U.S. according to 1930 census data and 25,000 of them were working in crops in San Joaquin County.

However, by the 1960s, redevelopment happened. Little Manila changed and so did the entire neighborhood surrounding it. People were forced to move out.

“They lost their jobs,” Perez said. “They did not have enough money to rebuild their businesses because whatever money was given by the government, for demolishing their businesses, wasn’t enough to restart because the prices were higher. The businesses we knew were gone.”

“It’s like coming back to a desert,” Medley said. “Coming back you can’t remember anything because it’s not there anymore.”

Medley passed away of cancer two months after this interview.

We went through photos of her family and her time as an occupational therapist as well as her life in Little Manila. A photo of her is up with her sister at the Filipino American National Historical Society Museum.

According to the most recent census data with the American Community Survey for 2019, Filipino Americans make up the largest Asian American group in the city at an estimated 28,000 people in the city of Stockton. However only a couple of buildings are left of Little Manila today.

The sounds of people and music from Little Manila have been replaced by traffic noise and it’s history preserved by the photos and  people who lived it.

► GET THE RACE AND CULTURE NEWSLETTER: Get more community stories like this in your email with the Race and Culture newsletter. Sign up at www.abc10.com/email

We want to hear from you

For National Asian American and Pacific Islander Heritage Month, what Asian-American or Pacific Islander figure — past or present — should we put a spotlight on? How have they made an impact in your life? Tell us about them.

This project is a part of our newly developed Race and Culture Team. The mission of the Race and Culture Team is to consistently serve people who have been historically overlooked or underrepresented in the media by amplifying their voices through authentic representation, community engagement and in-depth storytelling on all platforms. If you have other suggestions or members of the community you'd like us to highlight, please send an email to our race and culture team lead, Kandace Redd, at kredd@abc10.com.

We may share your response with our staff and publish a selection of stories that could include your name, age, and location. We respect your privacy. Your email address and phone number will not be published and by providing it, you agree to let us contact you regarding your response.