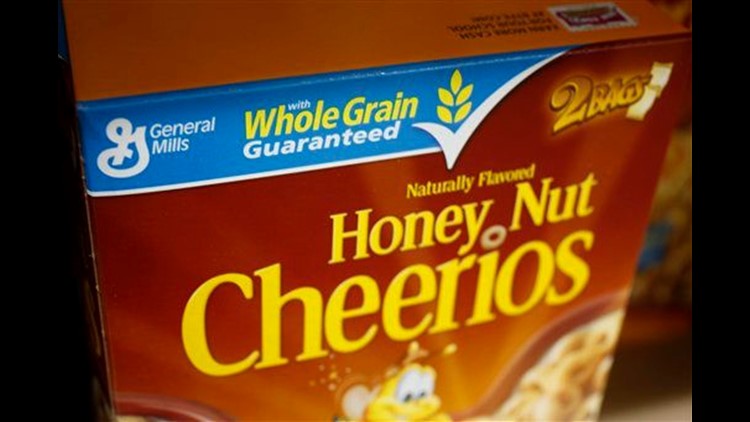 WASHINGTON (AP) — The nation's largest food companies say they will cut back on marketing unhealthy foods to children, proposing their own set of advertising standards after rejecting similar guidelines proposed by the federal government.

A coalition of food companies — including General Mills, ConAgra Foods and Kellogg — announced the guidelines Thursday. The companies said the effort will vastly change what is advertised, forcing them to curb advertising on one out of three products currently marketed to children.

The new standards, which will allow companies to advertise food and beverage products to children if they meet certain nutritional criteria, could force some brands to change recipes to include less sodium, fat, sugars and calories. While many companies have trumpeted their own efforts to market healthier foods to kids, the agreement would apply the same standards to all of the participating companies.

"Now foods from different companies, such as cereals or canned pastas, will meet the same nutrition criteria, rather than similar but slightly different company-specific criteria," said Elaine Kolish of the Children's Food and Beverage Advertising Initiative, a group formed by the industry to address marketing issues.

The group's proposal was pushed along by a government effort to do the same thing. The Federal Trade Commission and several other government agencies were directed by Congress to come up with voluntary guidelines for marketing junk food to children, and those were issued earlier this year. The industry balked at that proposal, saying the voluntary standards were too broad and would limit marketing of almost all of the nation's favorite foods, including some yogurts and many children's cereals.

Not surprisingly, the proposal issued by the government is stricter than the standards the companies are pushing for themselves. Still, FTC Chairman Jon Leibowitz praised the industry guidelines Thursday. He said the government would consider the food companies' initiative as the government develops its own standards.

"The industry's uniform standards are a significant advance, and are exactly the type of initiative the commission had in mind when we started pushing for self-regulation more than five years ago ... we applaud industry for making healthy progress," he said.

While the government proposal put broad limits on fats, sugars and sodium that would apply to marketing of all foods, the industry has suggested different guidelines for different foods, saying that is a more practical approach.

The industry guidelines for children's cereals, for example, would allow them to be advertised if they have around 10 grams of sugar a serving, while the formula used by the government would discourage advertising for cereals that have 8 grams of sugars in an equivalent serving. That would mean General Mills would still be able to advertise Honey Nut Cheerios cereal under the industry guidelines but would be discouraged under the voluntary government guidelines. Other sugary cereals such as Trix, Lucky Charms and Count Chocula would also make the cut under the industry numbers.

Another difference between the proposals is where companies are allowed to advertise. While the government guidelines are broad, discouraging advertising of unhealthy foods on packaging and in stores, along with in the media, the industry guidelines would apply to media — television, radio, print, video games and the Internet — but not packaging. That means the little bee on the front of the Honey Nut Cheerios box and the rabbit on the Trix box would stay under the industry proposal and go under the government draft.

Even if the industry standards are not as strict as the government guidelines, they still represent progress on the part of the companies. Many companies now advertise any children's cereals that have less than 12 grams of sugar, down from 15 or 16 grams of sugars a decade ago.

Margo Wootan, director of nutrition policy at the advocacy group Center for Science in the Public Interest, praised the industry for pushing for uniform standards for all of the companies, though she said they do not go far enough. She said she hopes the industry standards are a jumping-off point for negotiations with health advocates and the government.

Iowa Sen. Tom Harkin, the Democrat who wrote the language directing the government to develop the standards, said he believes the industry proposal falls short.

"With childhood obesity rates rising, now is the time for all parties to rally around those guidelines and begin implementing them, rather than coming up with competing proposals," he said.

That may be a while off. House Republicans have included a provision in next year's Federal Trade Commission budget that would delay the government standards by asking the government to study the potential cost and impact of the guidelines before implementing them.

If they are not delayed by Congress, a final draft of the standards could come by the end of the year.