There are new concerns about the stability of some of the bluffs along Sunset Cliffs. 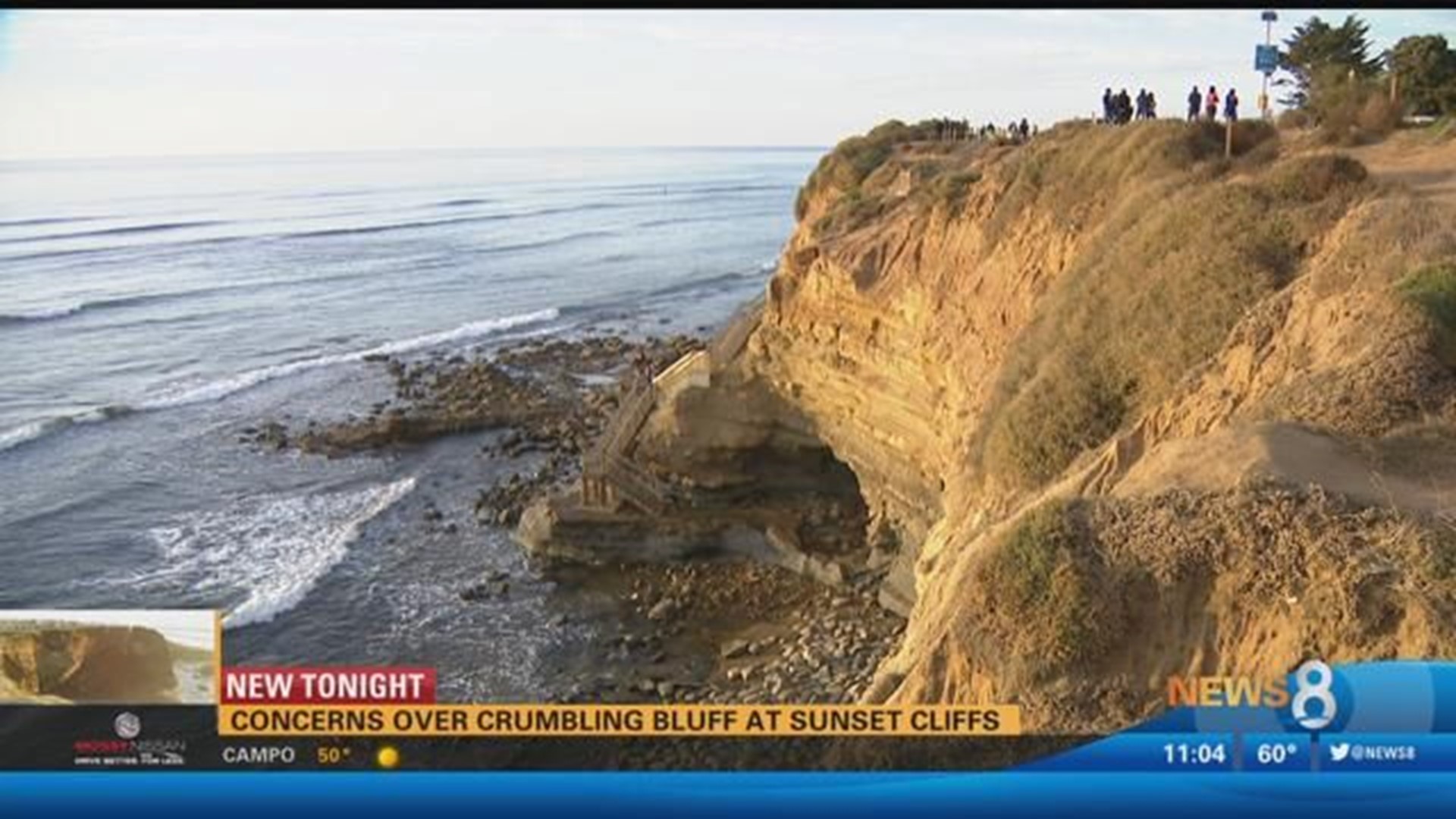 SAN DIEGO (NEWS 8) – There are new concerns about the stability of some of the bluffs along Sunset Cliffs.

A stairway leading to the beach at the foot of Ladera Street was closed Tuesday after part of a cliff collapsed this week.

“This is a life threatening sort of situation. These things become domino-like. One mass falls away and then that makes it ready for the next mass to fall away – coming down one after another,” said seismologist and San Diego State professor Dr. Pat Abbot, Ph.D.

Dr. Abbot said the stairs are stable but it’s what could happen at the bottom of the jagged cliff.

The stairway was closed after Will Phillips posted a picture of the cracked cliff on the Point Loma Connections Facebook page.

After a resident reported it, lifeguards blocked it off and by Tuesday the cliff gave way. On Wednesday the City

News 8 reached out to the City of San Diego, but they said they are investigating the cliff erosion.

“Frankly, there is nothing to investigate. You have a very unstable cliff. You absolutely do not want people walking down there because it’s just a matter of timing,” said Dr. Abbot.

The city said the stairs will remain closed for a while, yet, some ignored the warning signs while others remained on high ground Tuesday to take in the sunset.

“They would have to take them [the stairs] out for people to stop using them,” said Greg Kuchan.

A city spokesperson said Staff met Tuesday about the cliff crack and will send News 8 a report when it’s completed.