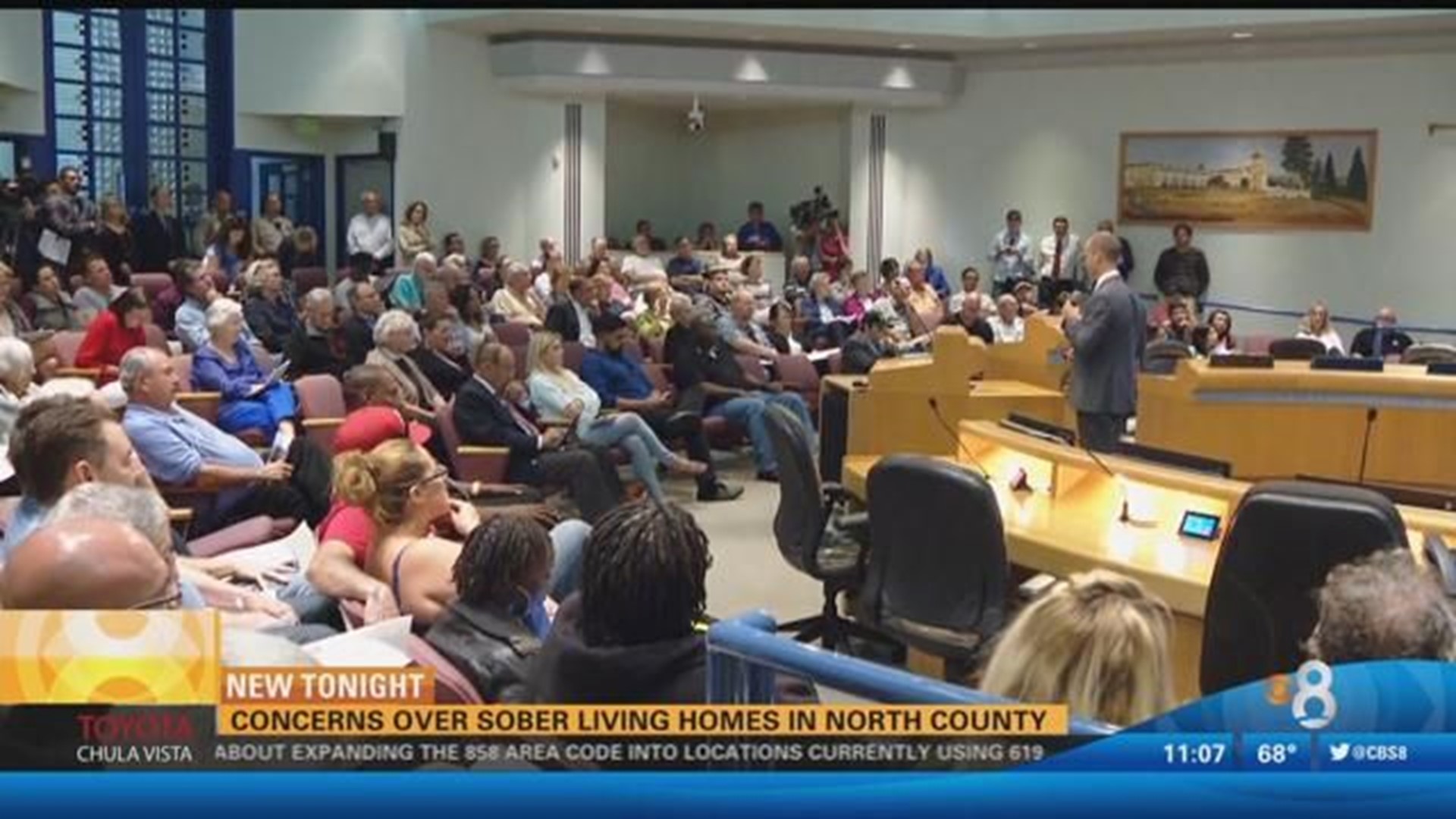 "They're not regulated as health-type facilities, but they're also not falling under the same regulations we would expect our neighbor to fall under," said Rep. Darrell Issa, R-Ca.

Home owners spoke out Monday night at a meeting in Oceanside. They're worried the houses attract drugs and crime. However, the Orange County Sober Chairman says his organization already set guidelines.

"Well, the downside of cities is actually denying access to services that the disable require. And one of those is the continuum of care which is sober living in general," said Robert Mann, Chairman of the Orange County Sober Living Coalition.

Mann says while some homes are bad apples, most facilities provide a great service to people in need.