Construction began in San Diego Tuesday on prototypes for a new border wall between the United States and Mexico, marking the start of a proposed project that served as a bitterly divisive centerpiec 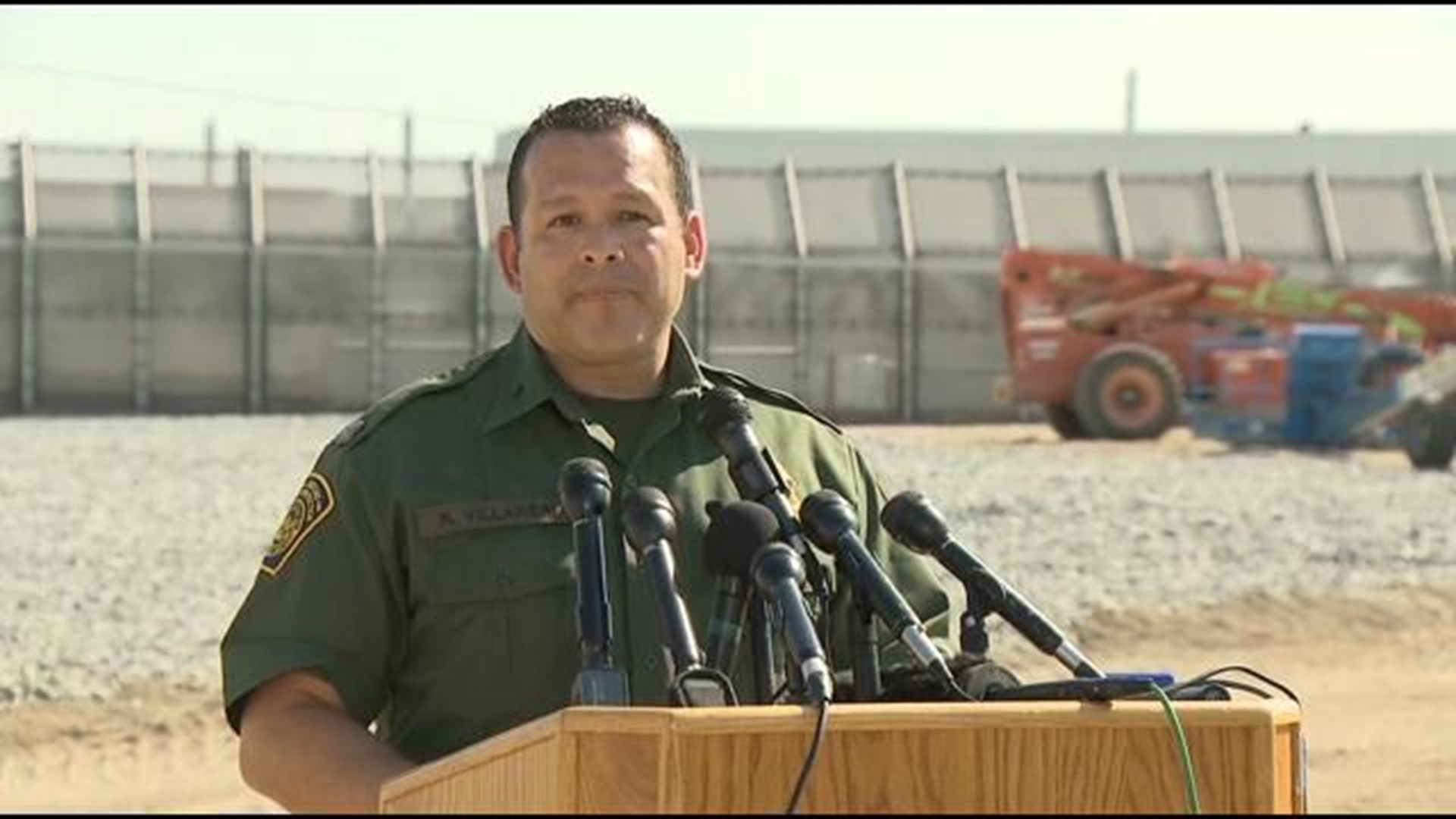 SAN DIEGO (CNS) - Construction began in San Diego Tuesday on prototypes for a new border wall between the United States and Mexico, marking the start of a proposed project that served as a bitterly divisive centerpiece in President Donald Trump's ascension to the White House.

Groundbreaking in Otay Mesa for eight proposed versions of the barrier -- four made of concrete, the others from unspecified alternate materials -- took place this morning, according to U.S. Customs and Border Protection.

Each structure will be between 18 and 30 feet tall and demonstrate a proposed design for how best to deter illegal crossings of the international line, according to the federal agency.

"We are committed to securing our border, and that includes constructing border walls," CBP acting Deputy Commissioner Ronald Vitiello said. "Our multi-pronged strategy to ensure the safety and security of the American people includes barriers, infrastructure, technology and people. Moving forward with the prototypes enables us to continue to incorporate all the tools necessary to secure our border."

Completion of the structures is expected within about 30 days, according to federal officials.

This morning, the San Diego County Board of Supervisors unanimously approved an urgency ordinance banning items that could be used as weapons, such as baseball bats, knives and rocks, in areas where the border wall prototypes are being built and giving law enforcement the authority to issue misdemeanor citations to those found to be carrying such items.

"We support the right to peacefully protest, but there is no need to bring weapons," said Ron Lane, the county's deputy chief administrative officer.

Supervisor Dianne Jacob said: "We need to make sure our law enforcement agencies have the tools they need to protect the people and keep the peace. This is a divisive time in our nation's history and frankly, we already have a border fence in San Diego, so I'm not sure why we were targeted to build the prototypes, but it is what it is ..."

"Prototypes constructed from alternate materials will serve two important ends," according to a CBP statement. "First, given their robust physical characteristics -- for example, they will be between 18 and 30 feet high -- the `other materials' border-wall prototypes are designed to deter illegal crossings in the area in which they are constructed. Second, they will provide an innovative perspective in the application of new materials, which will allow CBP to evaluate the potential for new wall and barrier designs to complement the current wall and barrier used along the Southwest border."

Last week, California Attorney General Xavier Becerra filed a lawsuit in San Diego against the Trump administration over its plan to begin construction of the wall, acting on behalf of the state and the California Coastal Commission.

"The border between the U.S. and Mexico spans some 2,000 miles -- the list of laws violated by the president's administration in order to build this campaign wall is almost as long," Becerra told reporters then. "The Department of Homeland Security would waive 37 federal statutes, as well as regulations that are related to those statutes, and he would also violate numerous state and local laws here in our great state of California."

The announcement came one day after the San Diego City Council voted 5-3 to pass a resolution opposing the border wall. That resolution stated the edifice would be detrimental to San Diego's environment and tourism.

"The border wall is a stupid idea," Councilman David Alvarez said. "The border can become efficient and safe with investments in infrastructure and technology instead of wasting billions of taxpayer dollars for a wall, which will accomplish nothing."

The San Diego Unified School District Board of Education, for its part, unanimously approved a resolution in April that supported a bill in the state Legislature that would prohibit California from doing business with contractors who help build a wall.

Before the City Council's vote of opposition to the proposed border barrier, dozens of residents lined up to speak on the topic, most of them denouncing it.

Council members Chris Cate, Mark Kersey and Lorie Zapf voted against the resolution, with Zapf saying the resolution only served as "political posturing."

Port of San Diego Vice Chairman Rafael Castellanos was among those who spoke against the border barrier at the council meeting. He said it was important to stand in solidarity with the immigrant community.

"This is not medieval China," he said. "We are not trying to keep out Mongol hordes. This is not a Matt Damon movie. This is a silly federal frolic that may go down in the `Guinness World Book of Records' as the worst pork- barrel project of all time."

Assemblywoman Lorena Gonzalez Fletcher, who represents California's border region, also has taken a stand against the project, arguing that there are bigger enforcement problems in the border area, such as tunnels used to smuggle people and drugs into the United States.

In August, the U.S. Department of Homeland Security announced that it had secured a waiver that would allow it to bypass environmental regulations to speed up the building process in San Diego and Imperial counties.