Consumer Alert: Tips to save money when planning a wedding

Getting married can be expensive but you don't have to break the bank to tie the knot. 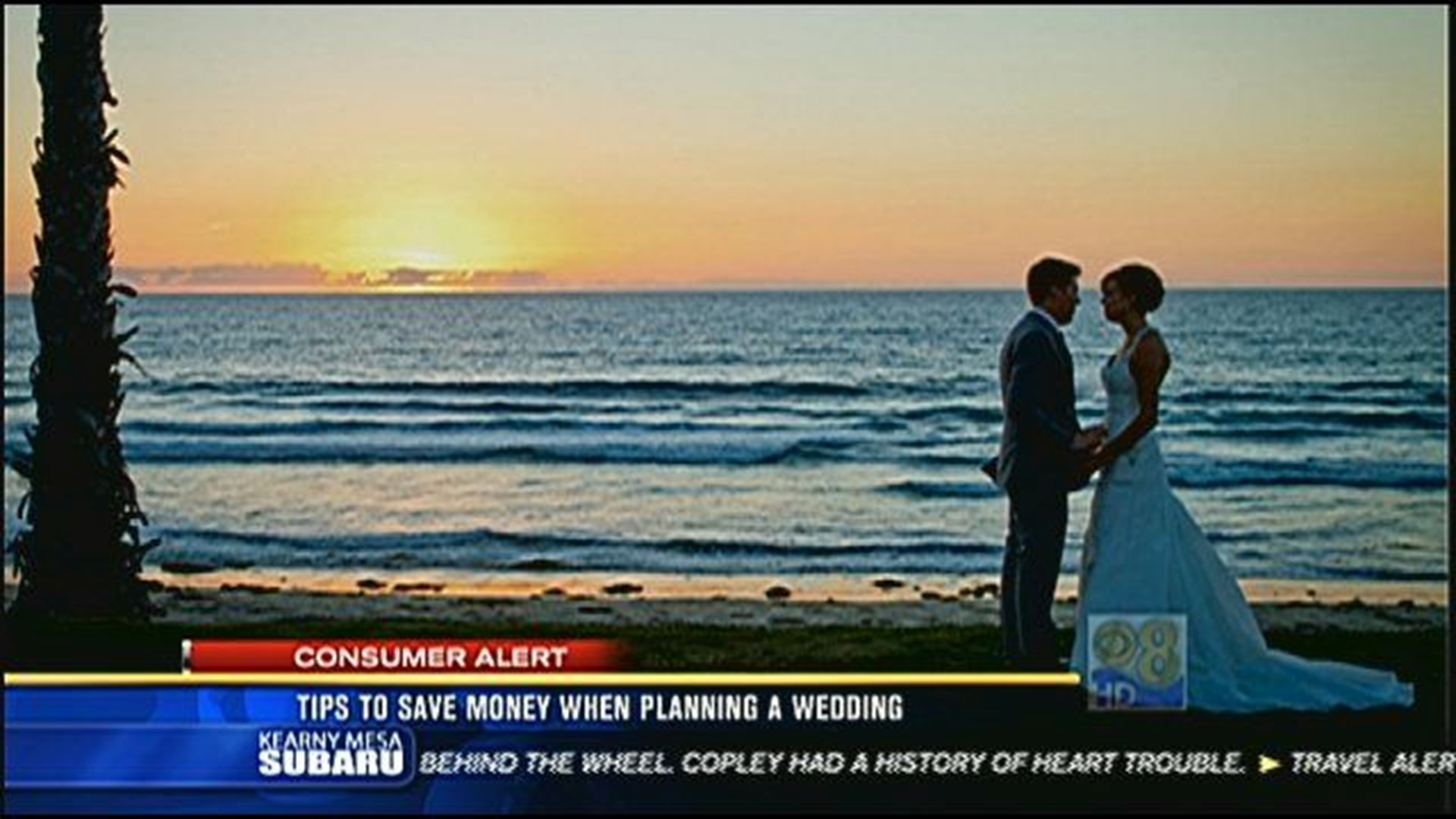 SAN DIEGO, Calif. (CBS 8) -- Getting married can be expensive but you don't have to break the bank to tie the knot.

The most important financial decision when it comes to planning a wedding is choice of venue. You might get a better price if you get married on a weekday.

"With certain venues you can get a discounted rate on Monday through Thursday," said wedding planner Hannah Smith.

Hannah Smith Events helped Kirsten and Brandon Blakeman with their ceremony in October at the Scripps Seaside Forum on the La Jolla campus of the Scripps Institution of Oceanography.

The venue frequently is rented out for weddings and you can't beat the view of the ocean.

"They can get married and have the ceremony at the same site as the reception, so that saves you money because you don't have two rental fees," said Hannah.

Using a wedding planner allowed Kirsten to get a discount on her party rentals, including tables and chairs.

The bride and groom, who both work as architects, made their own centerpieces, using painted sheet metal, gravel and succulent plants.

"Our centerpieces didn't look like traditional centerpieces, but as long as it's unique and personal to you as a couple, that's what people remember," said Kirsten.

But you don't have to be an architect to save money.

Hannah showed off another centerpiece example made of a basic, square vase with cranberries surrounding an ivory candle.

"It takes 10 seconds to put together," said Hannah.

Kirsten stitched together matching handkerchiefs for the groomsmen, which replaced traditional boutonnieres.

"They had a very small cake, so they could do the traditional cake cutting. But then they had a churro bar, it was a hit. Everyone loved it," recalled Hannah.

The couple saved on postage by sending out post card announcements.

"For our invitations, instead of separate, we did an all in one. The RSVP just tears off and it's a post card to be sent back in," said Kirsten.

It made for a picture perfect wedding, photographed by Ventana Photography, and the couple had money left over for their honeymoon in Maui.

And speaking of the honeymoon, Kirsten says she used an online honeymoon registry instead of a typical gift registry. Her guests were able to help with honeymoon expenses like hotel upgrades and special restaurant packages.