A News 8 review of similar hanging deaths around the nation may reinforce a possible suicide scenario in the death of Rebecca Zahau in Coronado. 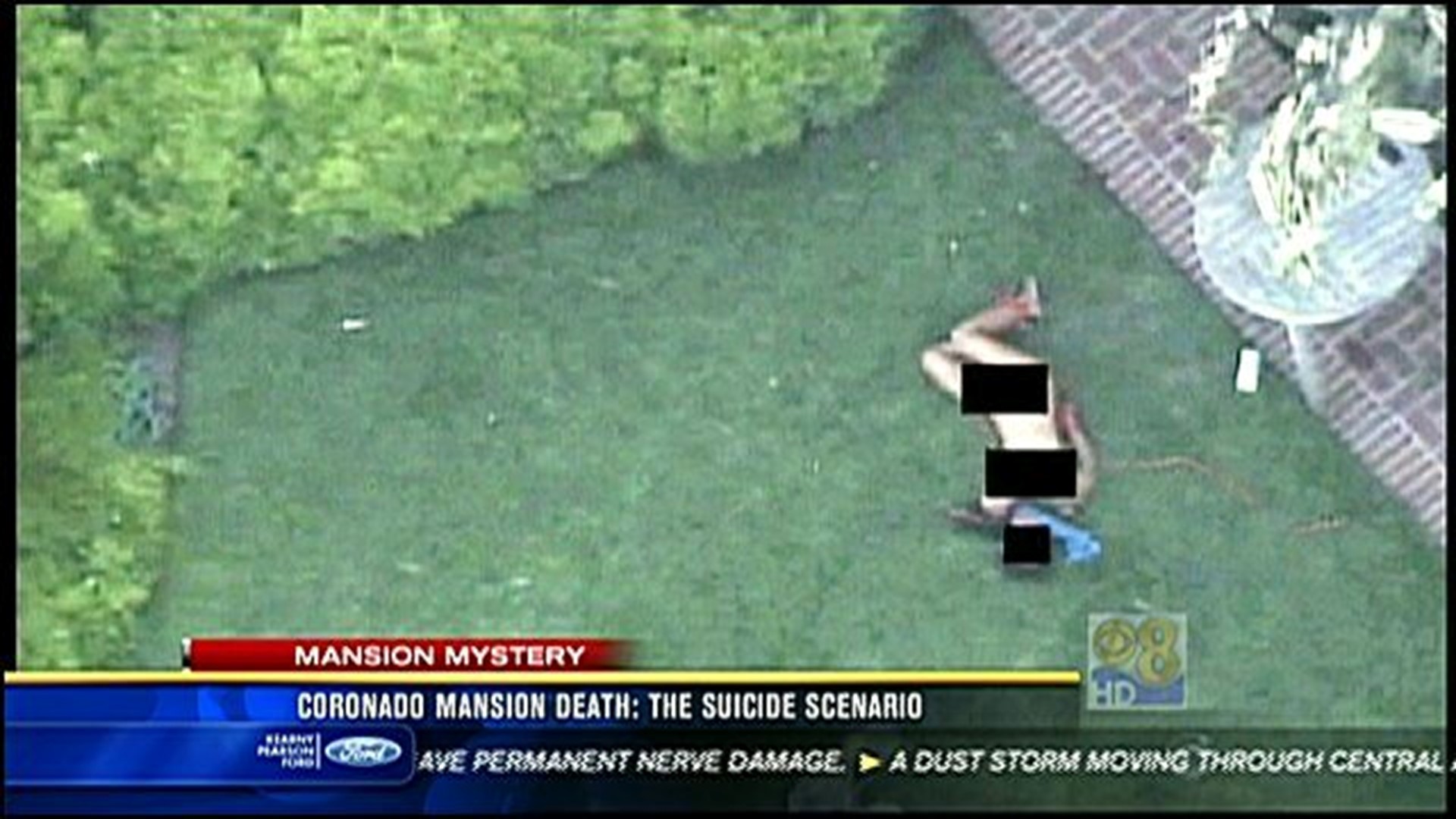 CORONADO, Calif. (CBS 8) -- The death of Rebecca Zahau at the Spreckels mansion in Coronado on July 13 remains a mystery five weeks after she was found hanging naked with her hands and feet bound.

A News 8 review of similar hanging deaths around the nation may reinforce a possible suicide scenario.

The body of Zahau, 32, was found hanging by the neck with a rope tied to a second-story balcony of the home owned by Arizona tycoon Jonah Shacknai.

Zahau and Shacknai, 54, were romantically involved and stayed at the Ocean Blvd. home during summer months.

Detectives said Shacknai's brother, Adam Shacknai, was the only other person home at the time of Zahau's death. Adam said he cut down Zahau's body and then called 911.

News 8 helicopter video showed the body on the ground with rope tied around Zahau's wrists and ankles.

At a news conference two days after Zahau's body was discovered, a Sheriff's homicide captain was already talking about suicide as a possible cause of death.

"If it was determined to be a suicide, people will do some very bizarre things," said Capt. Tim Curran.

If Zahau did commit suicide, she presumably would have bound her own neck, hands and feet before hanging herself -- by either jumping off the balcony itself or perhaps stepping off a table located on the ground.

But is that really possible? Local investigators admit they have never encountered a female suicide victim, found hanging, naked and bound. But the suicide scenario remains a possibility.

"It is unusual to have somebody who is bound at the feet, and to have their hands secured behind their back, and of course being unclothed," Sheriff's homicide Sgt. Roy Frank told News 8 last month.

Even so, "there are documentations of incidents throughout the country where people have secured their feet and hands to commit suicide," said Sgt. Frank.

In 1991, the hanging death of a college student near the University of Idaho was ruled a suicide, even though his hands were tied behind his back. Sharon Akhaven, 21, had previously tried to commit suicide by hanging but he was unsuccessful because he used his hands to free himself.

On Jan. 6, 2002, a father of four was found hanging in his apartment on Morning View Dr. in Escondido. According an autopsy report, 31-year-old Juan Lazo tied a rope around his neck and bound both his hands and feet before stepping off a ladder and hanging himself in the bathroom. Lazo's death was ruled a suicide.

Last year, a 35-year-old homeless man used Zip Ties to bind his hands behind his back before he hanged himself inside a restroom at the LAX airport. The Los Angeles coroner later ruled the death of Dominico Nguyen a suicide.

In Coronado, Zahau's hanging happened just two days after her boyfriend's 6-year-old son, Max Shacknai, suffered a fatal fall off the staircase while Zahau was in the home taking care of him.  Following the boy's fall July 11, he was kept on life support in the hospital before passing away the morning of July 16, according to his death certificate.

The fact that Zahau was found naked has led some experts to openly doubt she took her own life. Zahau's family has said they do not believe Rebecca committed suicide.

Sheriff investigators are still waiting for toxicology and forensic testing to come back before they announce the official cause of death. No arrests have been made.

On Thursday, the Sheriff's department launched a new web site to help keep the public and members of the media updated on the Coronado mansion death investigation.