Coronado put the brakes on a plan to put a bike path on a prime stretch of beach on Tuesday night. 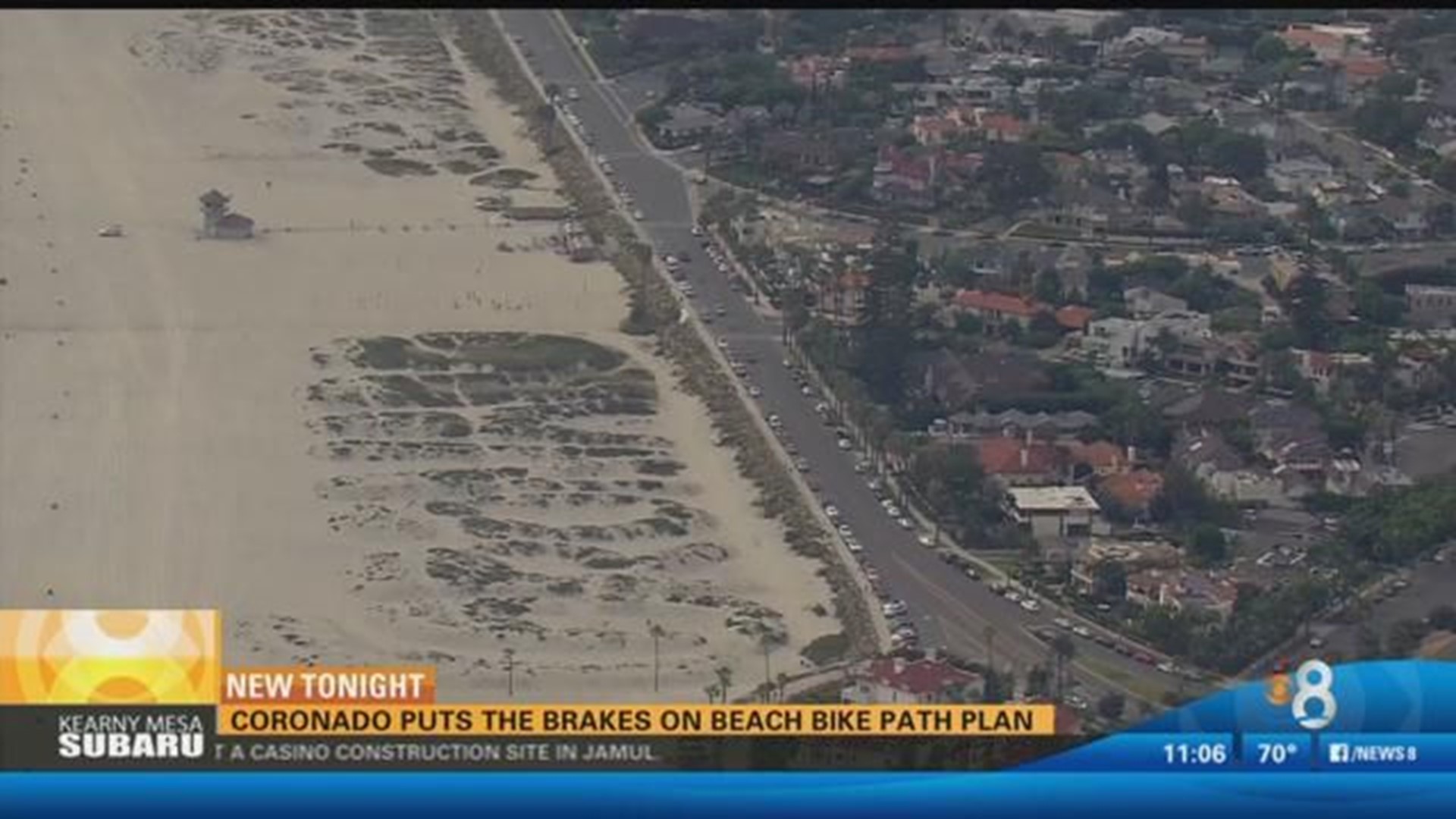 CORONADO (CBS 8) - Coronado put the brakes on a plan to put a bike path on a prime stretch of beach on Tuesday night.

For residents of Coronado who packed the City Council meeting on Tuesday, the possibility of paving over their version of paradise led to public protest.

On Tuesday, the Coronado City Council decided to back-pedal on the plan.

"Our beach is one of our most prized beaches around the world," said Kelly Saber, a Coronado resident.

An army of vocal residents insisted the area planned for a bike path remain undeveloped.

"People go there for peacefulness. To recreate there. It's the one last piece of open space really on the island," said Caroline Murray, a Coronado Resident.

Earlier in the summer, Coronado's City Council had eyed a proposal to spend $100,000 to study the feasibility of building a concrete bike path on Coronado's Beach, North of the Hotel Del Coronado.

The goal was to help relieve congestion along Ocean Boulevard.

"We all felt that if they were to study it, they would find a reason to build it," said Coronado resident Casey Tanaka.

The possibility of a bike path galvanized the community leading to the formation of a "Save our Beach" coalition to pressure city leaders to put the brakes on the plan.

Concerns over the bike path ranged from compromised safety to compromising the character of the shoreline.

The City Council voted 5 to 0, to drop plans to fund the study.

While the vote represents a win for Coronado residents, the issue of increasing vehicle, bike and pedestrian traffic in Coronado remains a pressing problem.