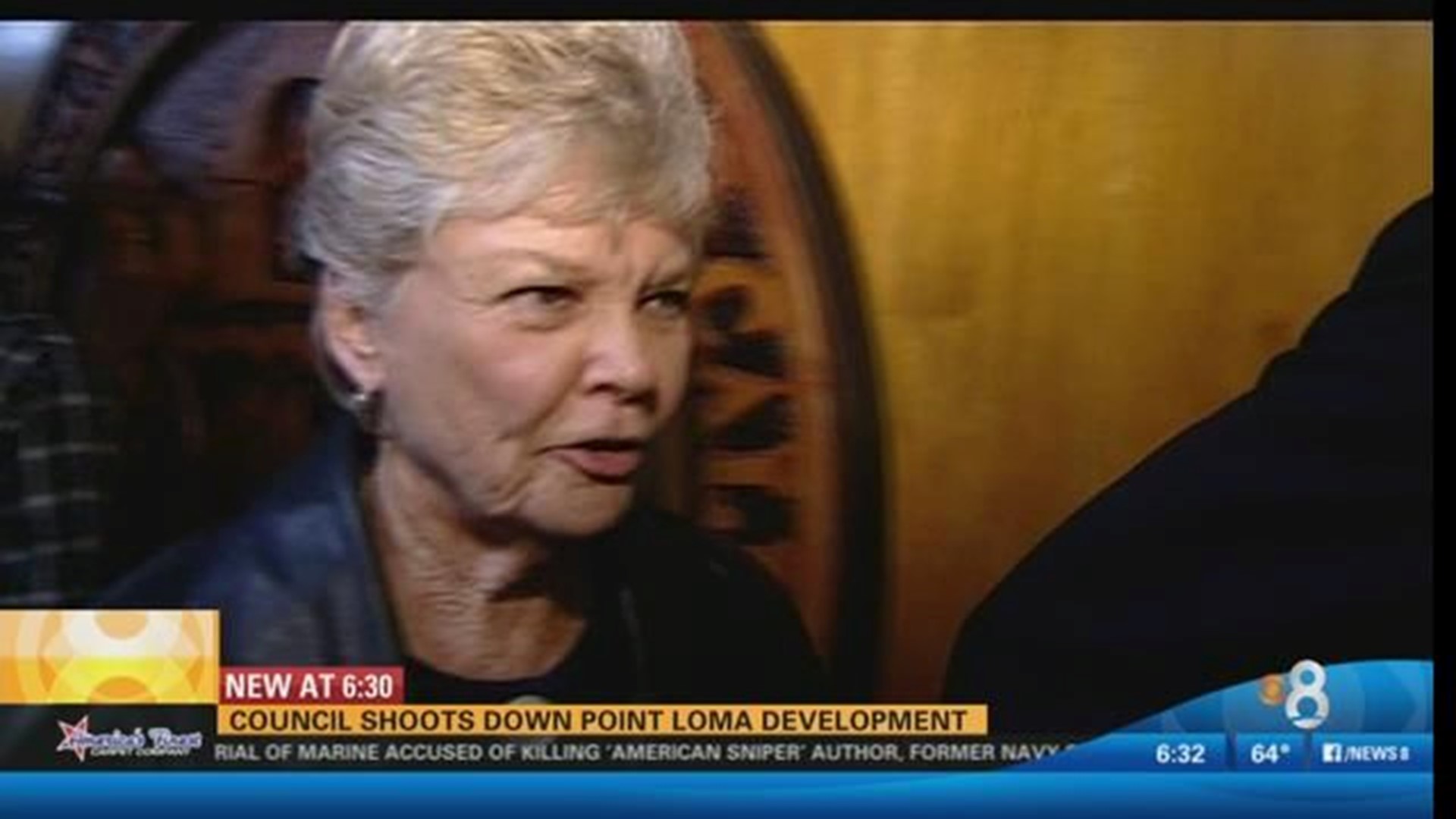 The Point Loma Summit project was approved by the city's Planning Commission on a 5-1 vote last June, but the decision was appealed to the City Council by opponents who live in the area.

The plan was to divide two lots into four, and build three homes on a 1.45-acre parcel at 414 La Crescentia Drive. A possibly historic existing house on the property, built by prominent jeweler Joseph Jessop in 1929, would remain.

City staff, which recommended upholding the Planning Commission decision, said the project meets or exceeds city guidelines, including those having to do with fire safety, cliffside grading and the historic nature of the existing house.

The opponents, including former Councilman Byron Wear, said the project didn't fit the character of the community, didn't comply with neighborhood and city land-use plans and was a public safety risk -- since fire trucks wouldn't be able to access a private driveway.

"In summary, the proposed Point Loma Summit development of the old Jessop estate is ill-conceived, poorly planned and inconsistent with the Peninsula Community Plan and (the city's) general plan," Wear said.

Council President Sherri Lightner pointed out that excavation work on the property would require the use of about 200 dump trucks rumbling along neighborhood streets. Deviations to normal design guidelines requested by the developer were "not appropriate," she said.

Robin Madaffer, representing the developer, argued that environmentally sensitive coastal slopes wouldn't be touched, and zoning allowed two more houses than were planned. Fire safety concerns would have been mitigated by the installation of standpipes, she said.

When it became apparent the council members favored the appeal, Madaffer offered to remove one of the houses from the proposed project. Her offer was not considered by the council.

The appeal was granted on a 6-3 vote, with Councilmen David Alvarez, Todd Gloria and Scott Sherman dissenting.