News 8 continues to receive emails from viewers who are upset over water bills that are hundreds and in some cases thousands of dollars higher than normal. 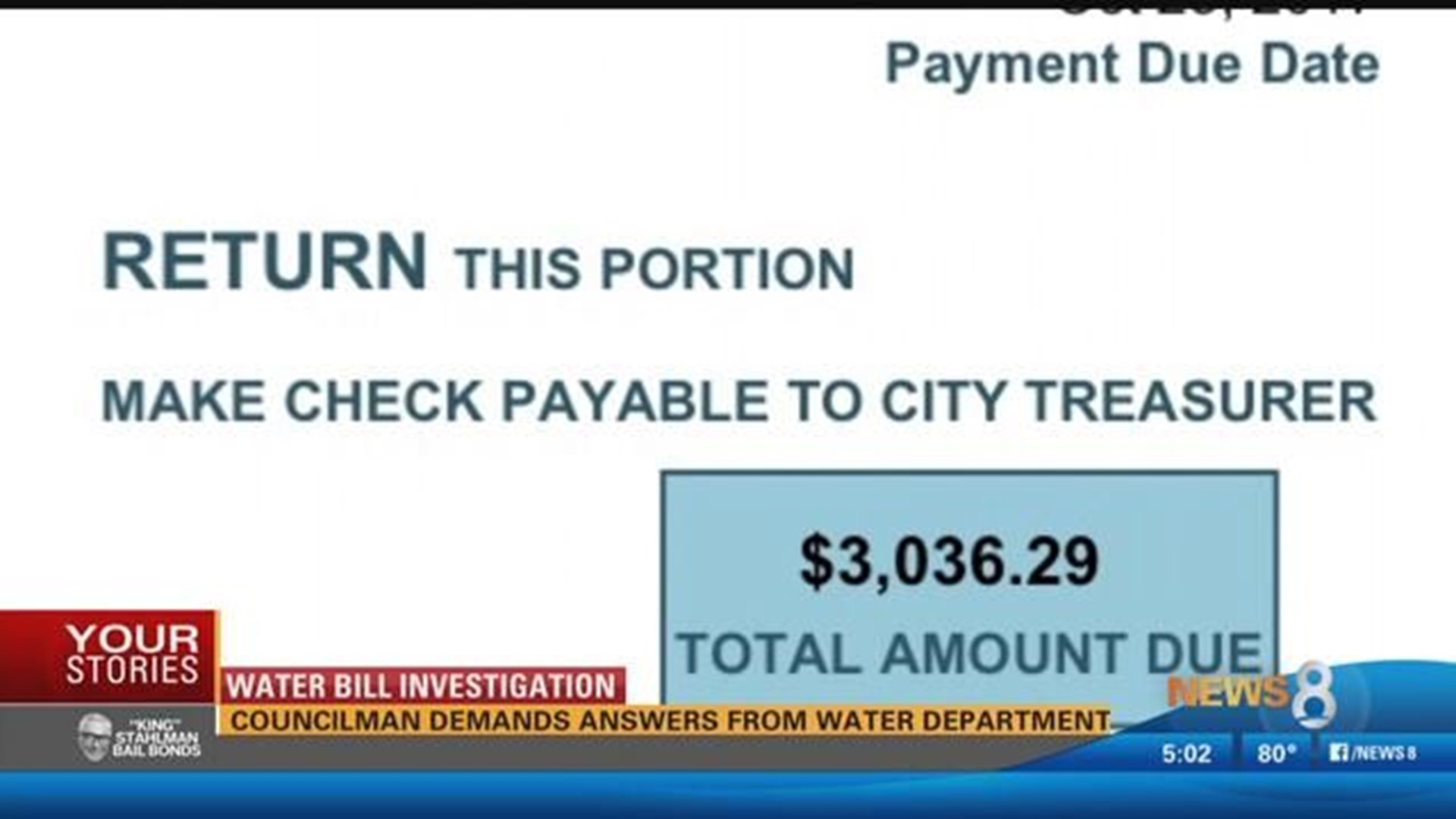 SAN DIEGO (NEWS 8) - News 8 continues to receive emails from viewers who are upset over water bills that are hundreds and in some cases thousands of dollars higher than normal.

“This is just not explainable and we need to know what is happening. We have seen instances where we have seen 400 percent increases in a person’s water usage in one billing period,” said Cate.

After the property was left vacant for the month of December, the water bill exploded to more than $700 – the cost of allegedly using more than 1,900 gallons a day.

Victor and his wife checked for leaks. They even tracked their meter but could not find anything wrong.

“Something is wrong. It is a mystery to me,” he said.

On January 19th, Victor called the Public Utilities Department. “They said they are going to check what the problem is. We have not heard from them since.”

In Hillcrest, a similar issue was reported.

Anthony Theodore owns a building on University Avenue that once was a restaurant and bar. During that time, the water bill averaged $600.

The restaurant has sat empty for months, yet, Theodore received a water bill of more than $2,000.

“There is something going on, except the Water Department does not want to get down to business and find out what it is,” he said.

The Public Utilities Department’s explanation was that some of the high bills may be due to leaks, but for the most part, their meters are working fine.

Based on the response, it is clear they are not.

On Tuesday, Chris Cate sent a memo to PUD demanding answers and asking for their participation in a public forum.

“We want to know what is happening. How are they tracking these complaints? Not only in our district but throughout the city,” he said.

Cate said other Council members received the same complaints from their constituents.

The mayor’s office confirmed to News 8 the Public Utilities Department launched their own investigation. The mayor said he would not comment until that investigation is complete.

If you're having issues with your water bill, News 8 would like to hear from you: email us at yourstories@kfmb.com.