County stepping up efforts to be more bicycle friendly

Progress is in motion for cycling here in San Diego. The bicycle community gathered Saturday to talk about the state of cycling locally. 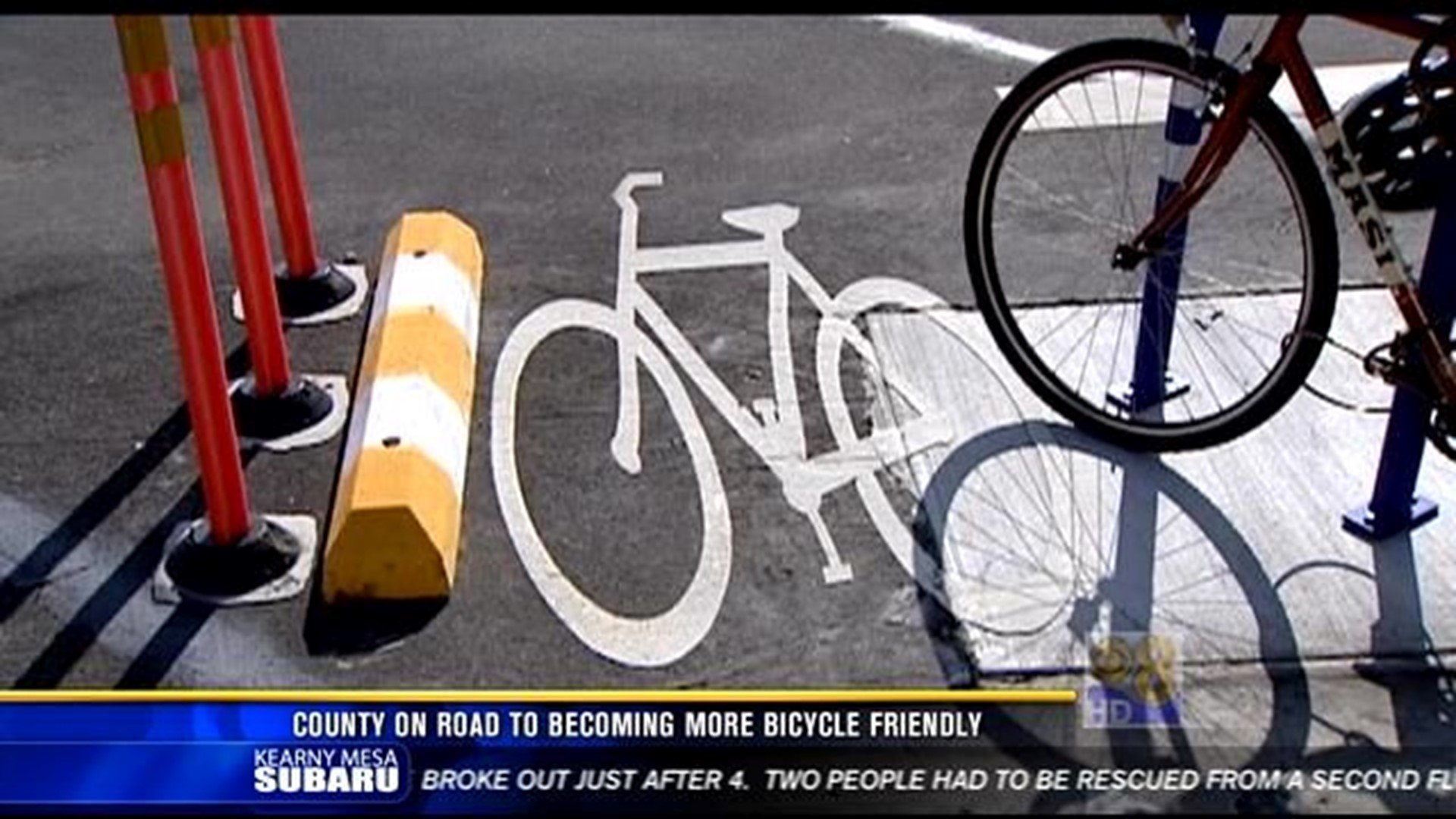 SAN DIEGO (CBS 8) - Progress is in motion for cycling here in San Diego. The bicycle community gathered Saturday to talk about the state of cycling locally.

According to the Bicycle Coalition, the county is moving toward a more bicycle friendly region, but there are some uphill challenges.

The multi-mobile traveler wanted to hear the progress the coalition has made in making the county more bike friendly.

According to organizers, cycling in the region is booming.

SDBC's signature events, Bike the Bay and Tour de Fat, were the most successful to date in 2012, raising more than $83,000 dollars combined.

Mayor Filner has said he wanted to make the city better for cyclists and launched CicloSDias.

SDBC says it still has a long road ahead.

Organizers are still trying to get drivers to be more aware of cyclist, and get more bike paths for people like Forman, who points out a very dangerous road for her.

"We're right on El Cajon Blvd. and that's a main thoroughfare that intersects with a lot of neighborhoods, there's six lanes of cars and cars go 45-50 miles per hour," she said. "Those are the types of streets where it's important for there to be bike access for people to get to and from places, but at the same time it's not safe."