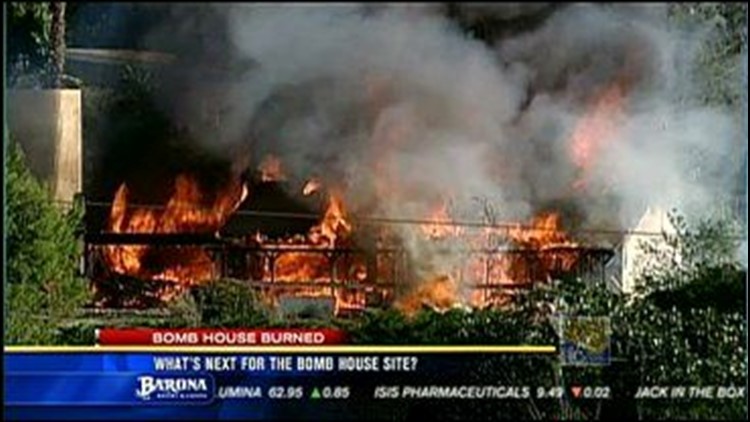 SAN DIEGO (CBS 8) - There are new developments in the case of the so-called Escondido bomb house, which was burned to the ground Dec. 9 by county officials during a declared state of emergency.

A county letter obtained by News 8 included a thinly-veiled threat to the homeowners saying, in effect, drop your claims for damages against the county or pay the demolition costs.

Thomas Bunton, a senior deputy county counsel, sent the letter to the attorney representing the homeowners on Jan. 12. In earlier emails, the attorney, Steve McKinley, had demanded $500,000 to settle his clients' claims against the county.

The county's response letter not only denied the homeowner's claim for damages, but it also included an offer that some experts read as more of a threat.

"The county is willing to waive collection of the costs that were incurred to make your client's property safe... in exchange for your clients' agreement to waive all claims against the county," the letter stated.

Officials discovered a cache of explosives and bomb-making materials inside the Via Scott home after a gardener was injured in an explosion on the property Nov. 18. Sheriff bomb experts later determined that the only way to safely dispose of the explosives was to burn down the house.

George Jakubec -- the man who was renting the home -- remains jailed on federal bomb making and bank robbery charges.

"What's clear from this (county) letter is if the lawyers get involved and this goes to litigation, it goes from a bad case for the property owner to worse, much worse," eminent domain attorney Charles Campbell said.

Campbell estimated the costs associated with demolishing the home could actually exceed the value of the house itself.

"It could run anywhere from hundreds of thousands of dollars to millions of dollars," Campbell said. "Theoretically, it could include all the police costs, fire (department) costs, and expert costs to assess the property and burn the property."

Instead of demanding half a million dollars from the county, Campbell said the homeowners – identified in county correspondence as Michele and Niel Mamerto – should take more of a political approach.

"You need to go to the politicians and say, "Let's be fair,'" Campbell said.

By dropping their claim, Campbell said the homeowners may be able to apply for emergency loans or financial aid to assist in rebuilding.

McKinley, the attorney representing the homeowners, told News 8 his clients have not authorized him to speak with the media.