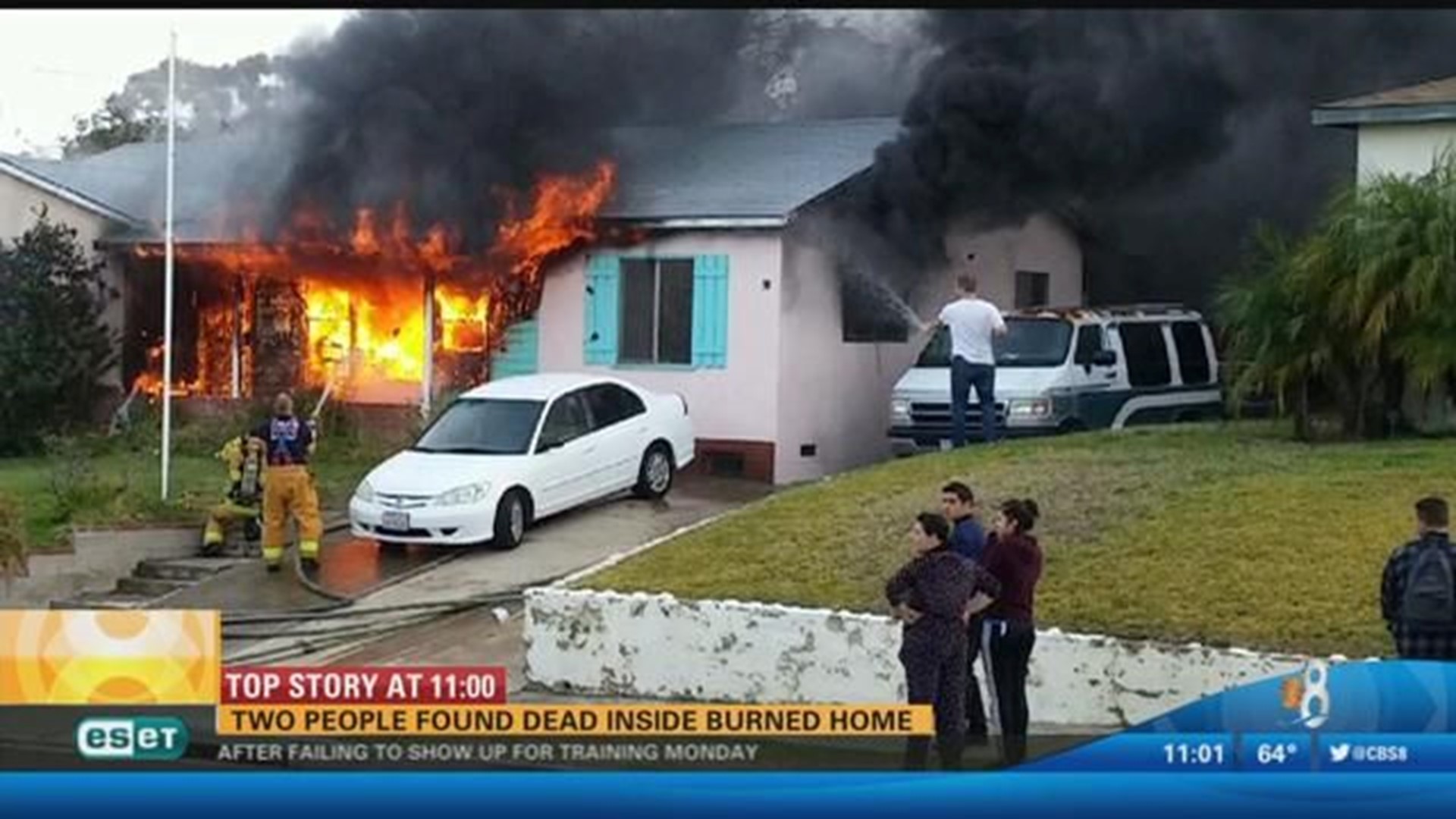 The elderly couple was identified as 89-year-old Bud Welker and his wife, 79-year-old Marlene Welker.

The fire in the 600 block of Claire Avenue near East H Street was reported shortly before 7:30 a.m., according to the San Diego Fire-Rescue Department, which provides dispatch services in Chula Vista.

Students from Hilltop High school saw flames coming from the home and called 911. Once fire crews were on the scene, they had the fire knocked down in about 20 minutes.

Once contained, they found the couple in the kitchen and the hallway overcome by heavy smoke.

One neighbor, Sammy Aguinaga, said he tried to help.

"The windows just starting popping and blowing up,” said Aquinaga, who added that other neighbors grabbed water hoses as he banged on the front door, but there was no response.

"Tried to do my best and we knew somebody was inside. The car was there and we couldn't get the door open it's a sad day. We tried our best as much to help. To the family and their kids, I'm sorry I'll be praying for them.”

Firefighters said the couple's daughter showed up and was very emotional. Neighbors told CBS News 8 that the couple lived in the area for decades.

The cause of the fire is under investigation.