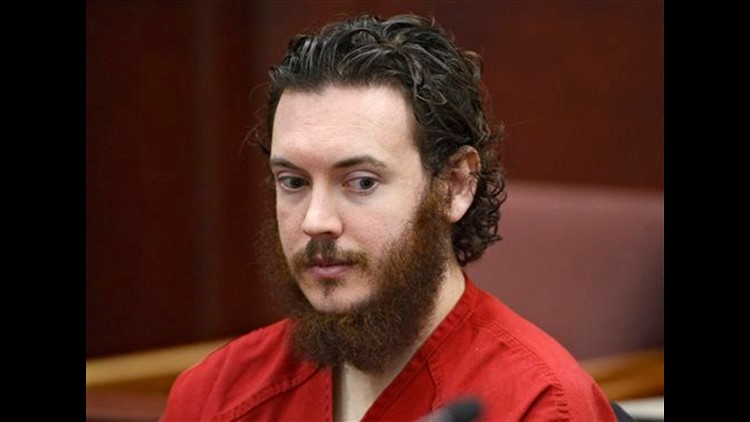 CENTENNIAL, Colo. (AP) — Colorado theater shooting gunman James Holmes' notebook full of scrawled writings and stick-figure drawings was made public Wednesday, a day after it was introduced as evidence in his trial.

The 56-page notebook contains entries such as "What kind of GOD commands his people not to murder yet cowers behind free will?" and eight consecutive pages with "Why?" scribbled on them in ever-larger writing. Court officials released copies of the writings on a computer file.

Holmes' scrawled plans to attack a movie theater provide the most comprehensive look yet into what he described as his "broken" mind.

Prosecutors are attempting to use the notebook to undermine Holmes' claim that he was legally insane at the time of the 2012 attack, which killed 12 and injured 70. He is charged with multiple counts of murder and attempted murder.

Holmes mailed the brown spiral notebook to a psychiatrist who was treating him before the rampage, and it was found a few days later undelivered in the mailroom at the University of Colorado Anschutz Medical Campus.

The school computation book has been one of the most important and closely guarded pieces of evidence in Holmes' death penalty trial, yet its contents only widened the diverging views of the man responsible for one of the worst mass shootings in U.S. history.

To prosecutors, it's the diary of a methodical killer, complete with detailed maps and drawings of auditoriums in the suburban Denver movie theater and the merits of each as the scene of mass murder.

To defense attorneys, the notebook chronicles the decline of a once-promising neuroscience student consumed by mental illness.

While prosecutors honed in on portions of the journal where Holmes describes his plans for mass violence, defense attorneys focused on nonsensical scribbles and odd symbols and the word "Why?" repeated over several pages.

Holmes mailed the notebook to Lynne Fenton, a University of Colorado psychiatrist who treated him, just hours before the July 20, 2012, shooting at a Batman movie premiere.

Officers found it unopened in a campus mail room July 23, after one of Holmes' attorneys called police looking for it. The notebook had $400 worth of burnt $20 bills wedged in its pages.

The court fight over the journal ended when Holmes pleaded not guilty by reason of insanity.

Now, it will be a key tool for jurors as they decide whether Holmes was so distorted by mental illness that he couldn't tell right from wrong at the time of the attack.

A judge gave all 24 jurors copies of the notebook this week, and they began immediately poring it over.