Cranston Fire in Idyllwild at 13,139 acres, 96% contained, some evacuations lifted 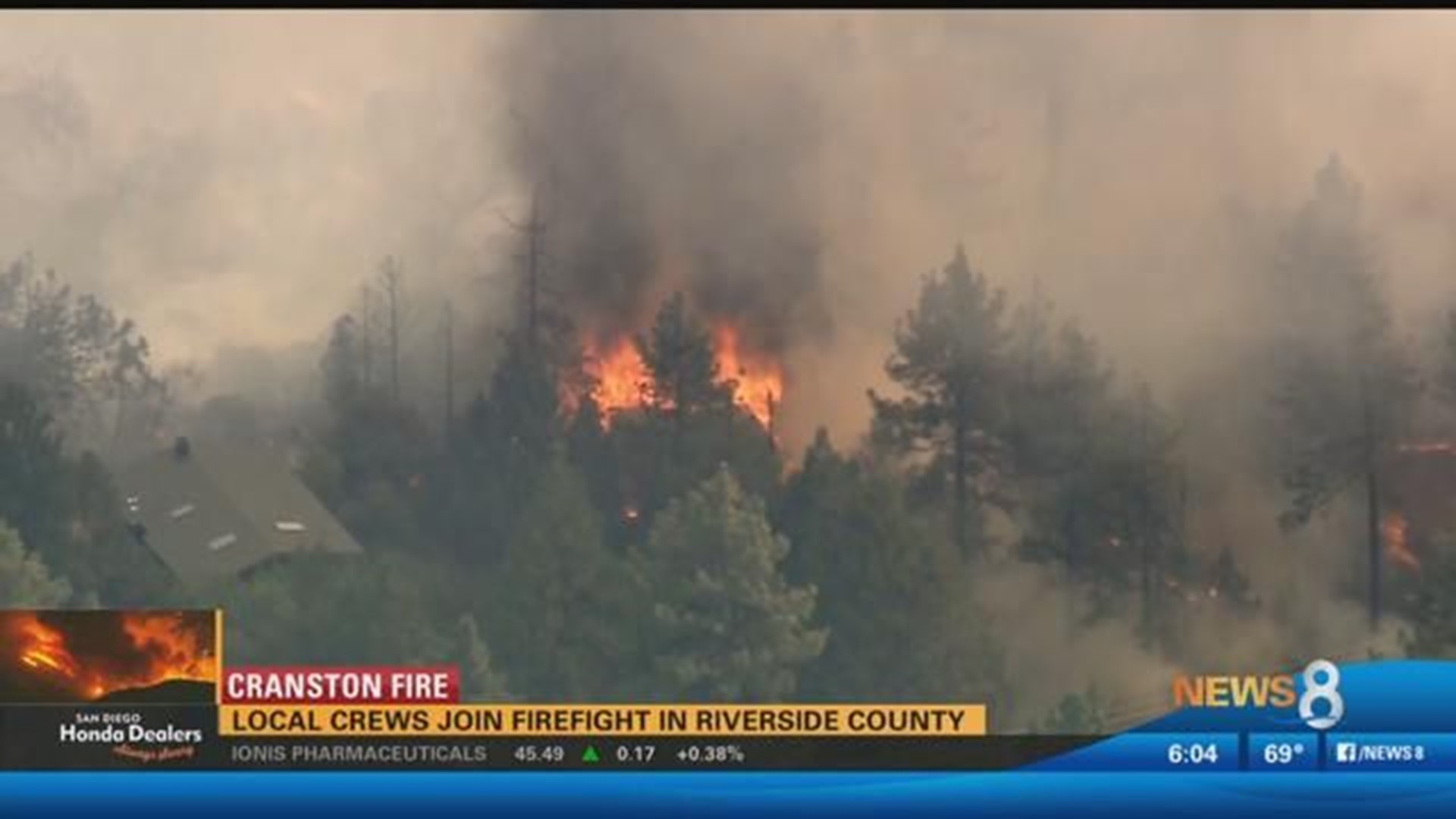 Hwy 243 and Hwy 74 re-opened Friday with limitation. Get details here.

IDYLLWILD (NEWS 8 / AP) — A fire burning in the Riverside County community of Idyllwild forced evacuations Wednesday and Thursday. Authorities said they believed the fire was set intentionally and one person was detained Wednesday.

Brandon N. McGlover, 32, of Temecula was booked on suspicion of setting five fires, including a blaze threatening an estimated 5,000 structures in the San Jacinto Mountains east of Los Angeles, state fire officials said.

It wasn't immediately clear whether McGlover had an attorney.

Authorities ordered residents to leave Idyllwild, home to about 12,000 people, and surrounding forest communities in the San Jacinto Mountains east of Los Angeles. Multiple homes burned as crews used aircraft to attack the flames that quickly burned 11,000 acres of dry brush and timber in inaccessible terrain.

No injuries were reported but dozens of horses and other animals and several hundred people, including children from summer camps, went to shelters.

The wildfire dubbed the Cranston Fire broke out off Highway 74 and Control Road east of Hemet just before noon on Wednesday.