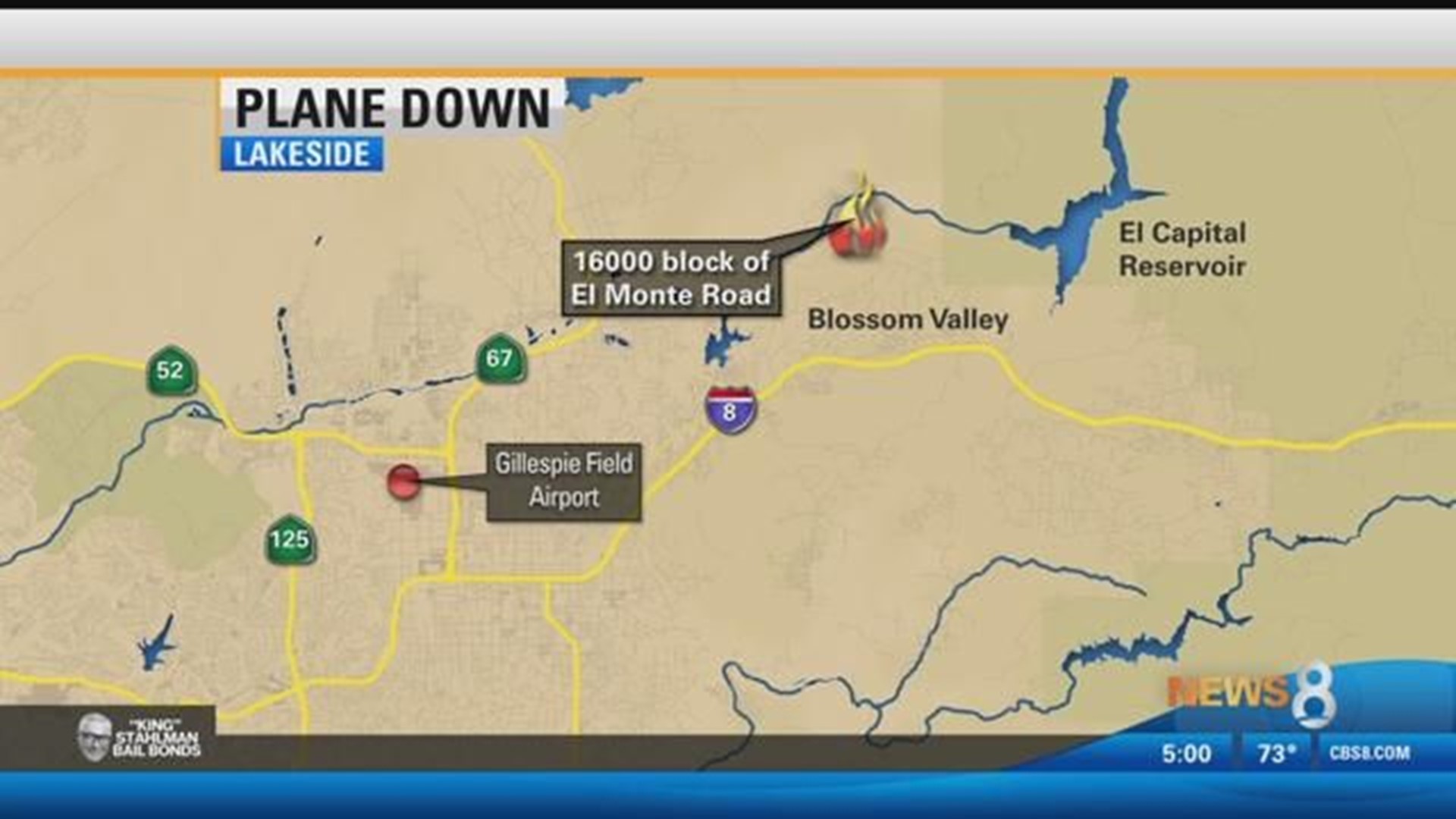 LAKESIDE (CNS) - Firefighters put out a small fire north of the El Capitan Reservoir in Lakeside and sheriff's deputies were securing the scene where a small plane crashed, authorities said Sunday.

The fire was first reported at 4:18 p.m. Saturday as the result of a possible plane crash, according to the California Highway Patrol.

The blaze was estimated at 20 acres by nightfall with its forward progress stopped, sheriff's officials said.

The flames were out and deputies were securing the scene until officials from the National Transportation Safety Board arrive to begin their investigation, sheriff's officials said.

The Federal Aviation Administration reported an EXTRA EA 300 plane with two people on board was missing after taking off from Gillespie Field in El Cajon, according to the San Diego Union Tribune.

Allen Kenitzer from the FAA Office of Communications gave the following statement to New 8 regarding the plane crash:

There was an aircraft accident Saturday at the North end of the El Capitan reservoir.  The aircraft registration and type is unknown at this time.  The number of people onboard also cannot be confirmed at this time.

The FAA and the NTSB will investigate.