Search-and-rescue personnel set out in the East County wilderness again Wednesday in hopes of finding a man who disappeared during a hiking trip in the rugged area. 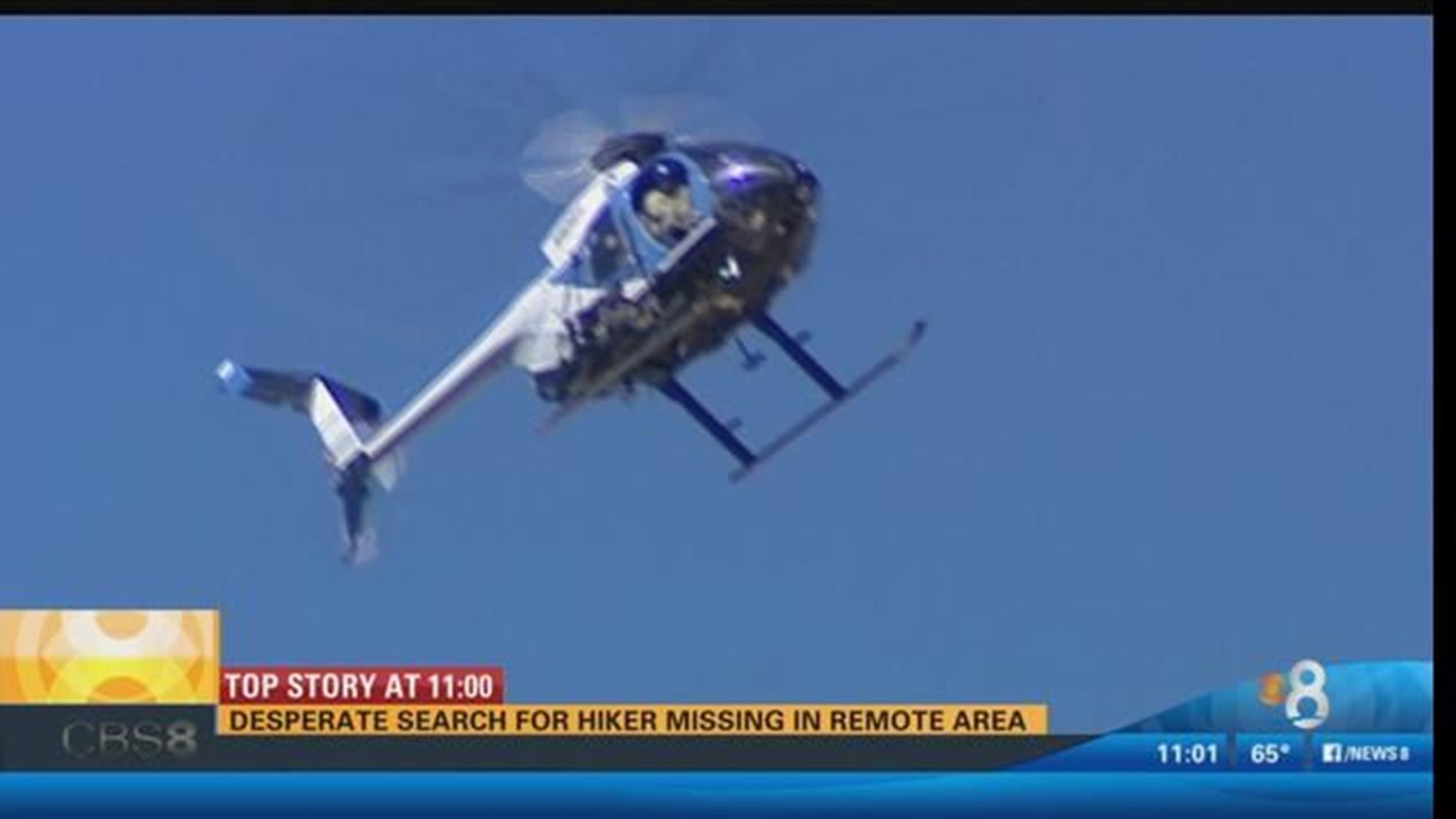 WARNER SPRINGS (CNS) - Authorities Friday searched wilderness areas east of Palomar Mountain in vain for a fourth day in hopes of finding a hiker who disappeared during a solo trek on the southern end of the Mexico-to-Canada Pacific Crest Trail.

San Diego-area authorities, aided by search teams from Los Angeles, Orange, Riverside and San Bernardino counties, resumed the search for Chris Sylvia, 28, about 8 a.m. and continued until shortly after 4:30 p.m., according to the San Diego County Sheriff's Department.

It was unclear when the effort would resume, since rain and highland snow were in the forecast for the weekend, Lt. James Bolwerk said.

Sylvia was reported missing Tuesday after he failed to arrive as planned at his intended destination of Campo, officials said. Sylvia, described as an experienced outdoorsman, had started his hike in Anza on Feb. 12.

Four days later, he phoned a friend he lives with and asked him to meet the next day with some provisions at a Buddhist temple on Chihuahua Valley Road in the Warner Springs area. When Sylvia failed to show up there at the agreed-upon time, the roommate assumed he'd simply decided against stopping and continued on.

Other hikers subsequently found Sylvia's identification amid some camping gear believed to belong to him in an open area near the temple.

Sylvia is a 5-foot-8-inch, roughly 155-pound white man with brown hair, hazel eyes, a goatee and a mustache. He left on his trip wearing green camouflage pants, a dark fleece jacket and brown hiking boots.

Anyone who might be able to help find Sylvia was asked to call the San Diego County Sheriff's Department at (858) 565-5200.