A fire is burning at a junkyard near Brown Field in southern San Diego.  Several cars and possibly an RV were reportedly on fire. 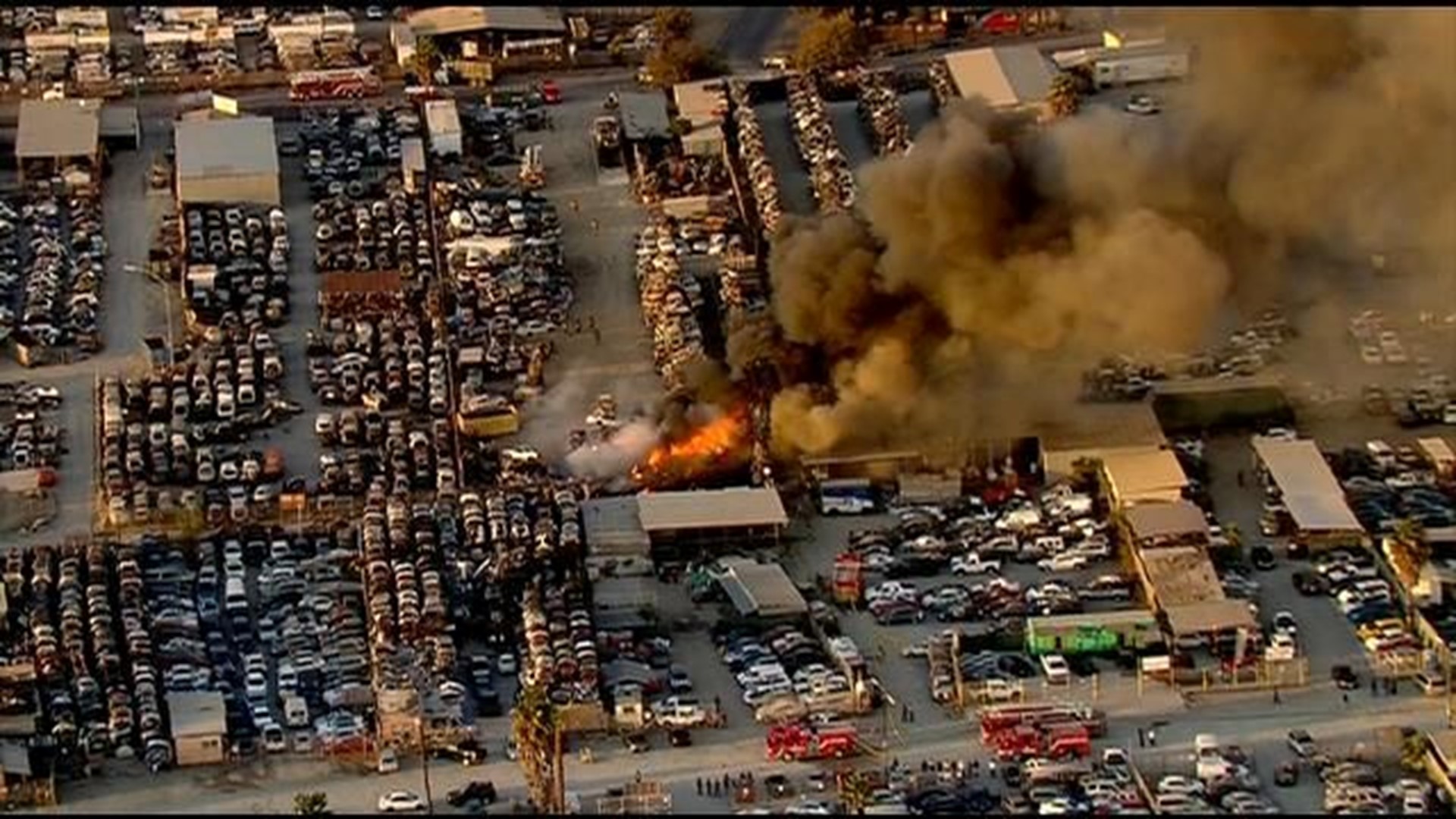 SAN DIEGO (NEWS 8/CNS) — Firefighters worked Thursday to extinguish a fire that engulfed a pile of junked cars at an auto-wrecking yard in southern San Diego.

The fire was reported around 5:30 p.m. Thursday evening in the 6500 block of Datsun Street, just north of state Route 905 and east of Interstate 805 in Otay Mesa, according to the San Diego Fire-Rescue Department.

It took crews about an hour to knock down the fire, according to a tweet from the department. And firefighters were expected to remain on the scene for another hour.

The call was initially made for a fire in a mobile home on the property used as an office. When firefighters arrived the fire had spread to several vehicles.

The fire was burning at a business near Brown Field called Tapatio Auto & Truck Wrecking.