The SUV careened off the roadway, fatally injuring Mateo Salvador, 33, and 51-year-old Sofio Sotelo Torres as they lay in a patch of shrubbery near a concrete wall. 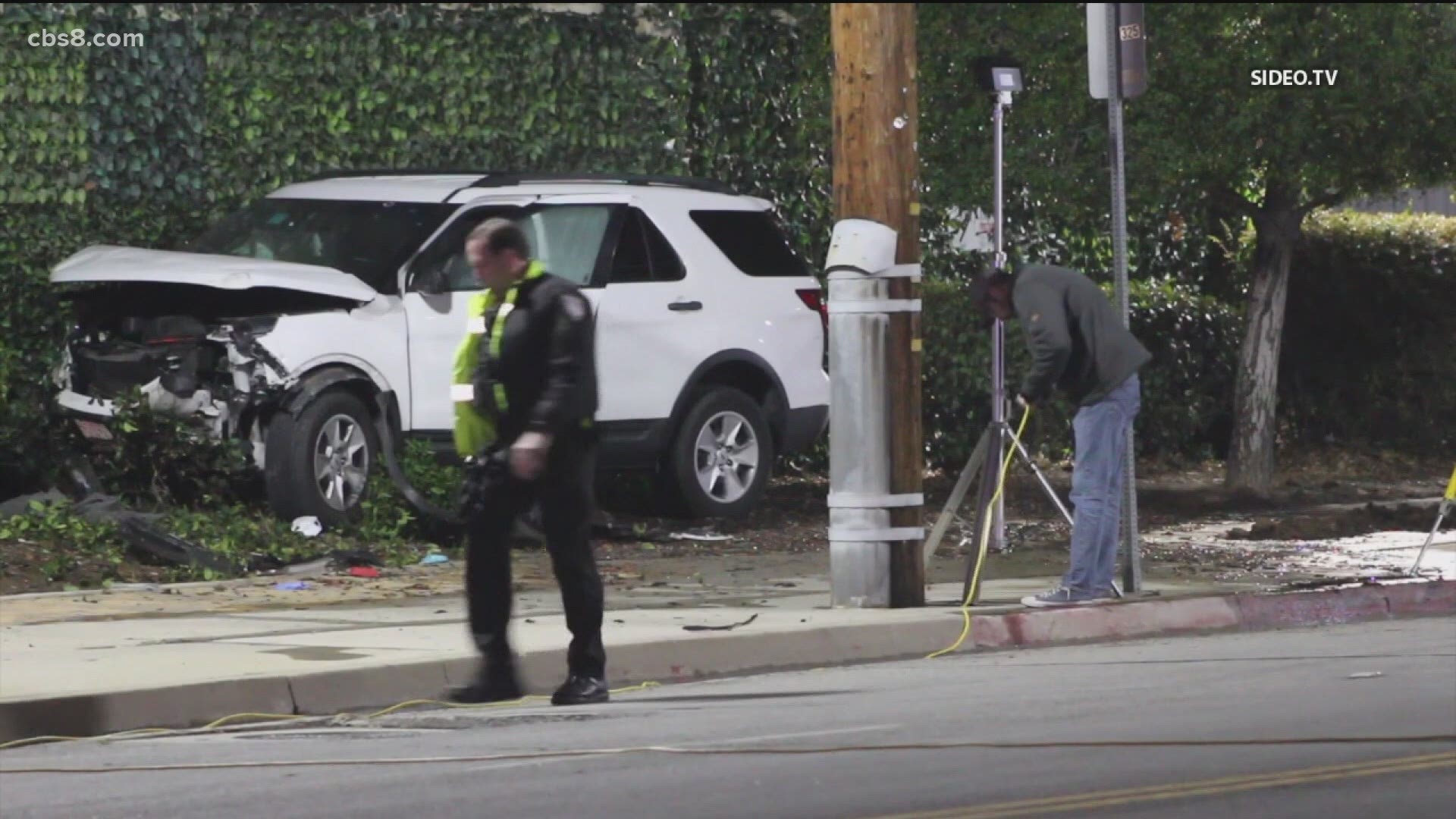 The teenager, whose name has been withheld because she is a minor, was taken into custody Thursday morning and booked into juvenile hall in San Diego, according to the Escondido Police Department.

Shortly before 11:30 p.m. on Feb. 12, the girl, who had taken her mother's Ford Explorer without permission and was driving around in it with a friend, was pulled over for a traffic violation near the intersection of Interstate 15 and state Route 78, Lt. Kevin Toth said.

As an officer walked up to the SUV, the teen allegedly sped off to the east, then fled for about six blocks before losing control of the vehicle while trying to make a left onto North Ash Street.

The SUV careened off the roadway, fatally injuring Mateo Salvador, 33, and 51-year-old Sofio Sotelo Torres as they lay in a patch of shrubbery next to a concrete-block wall.

"This is a tragedy," said San Diego defense attorney Jan Ronis. He is not representing the suspect. "The irony and coincidence of her running off the road and running into two homeless people in the bush is really mind-boggling."

The underage driver then allegedly got out of the damaged vehicle and made a failed attempt to escape on foot. After being caught and questioned by police, she was released to the custody of her family pending completion of investigations into the deadly wreck.

"Since the tragic event took place, traffic investigators have been working diligently to locate and process evidence, finalize statements from involved parties and witnesses, and attempt to re-create the circumstances surrounding the crash," Toth said. "During this time, our investigators have been in communication with the juvenile branch of the San Diego County District Attorney's Office on the filing of all possible charges."

The girl will not be identified to the public.

"It means she will have proceedings in juvenile court which is closed to the general public, before a judge only. Meaning she won't have a jury trial and her identity will remain sealed," said San Diego defense attorney Gene Iredale who is not representing the teen.

If convicted, the maximum sentence for the teen would be juvenile detention until her 21st birthday.

Escondido police are continuing their investigation into the incident and ask anyone with information to come forward.