Intoxication was not believed to have been a factor in the crash, according to investigators. 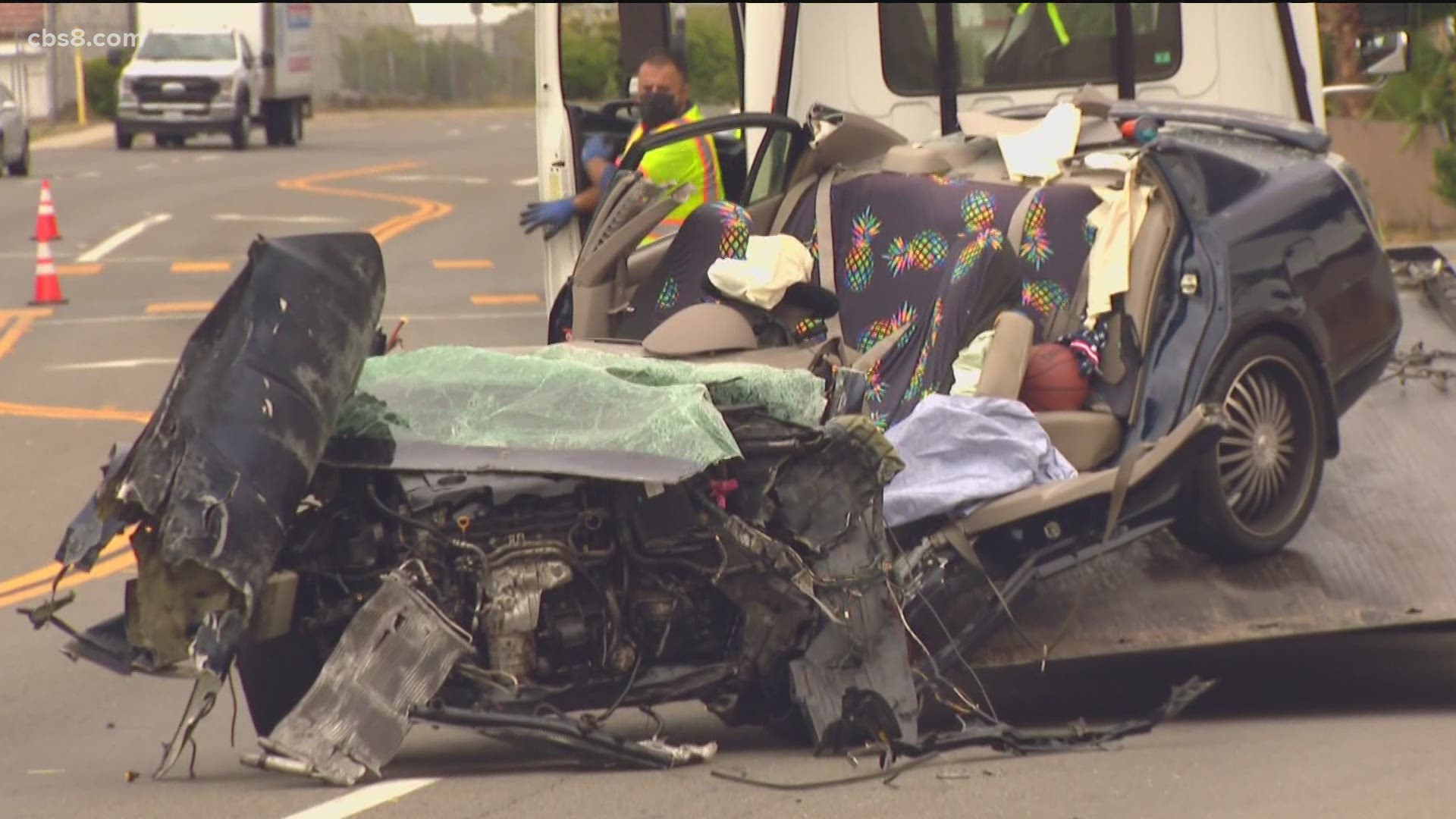 SAN DIEGO COUNTY, Calif. — Four people were injured, including a 5-year-old, in a head-on crash in Spring Valley Monday, according to authorities.

Officer Travis Garrow, CHP public information officer of the El Cajon office says a 29-year-old San Diego woman was headed east on Jamacha Boulevard with her 5-year-old son in a car seat in the backseat of their 2006 Nissan Altima about 9:45 a.m. when the woman veered into the westbound lane into oncoming traffic and collided with a 2004 Saturn SUV. The crash occurred on Jamacha Boulevard at Kempton Street.

The Saturn then veered off the road and struck a parked black BMV with blue rims and caused damage to the door.

The major injury car crash happened right in front of 16-year-old Kyle Fisher's Spring Valley home as he was in an online class for virtual learning.

"All I hear outside my window is a big boom.. It was loud. I was startled, I mean, I shook a little. I saw two cars destroyed, and I came outside, and there was a person trapped in the car, and I was worried," Fisher said.

Firefighters had to extricate the female driver out of her Nissan, and paramedics took the her to Sharp Memorial Hospital for severe injuries. Her 5-year-old son was taken to Rady's Children Hospital in with moderate injuries.

The 46-year-old Descanso man, who had been driving the Saturn, and his passenger, a 37-year-old Spring Valley man,  were taken to hospitals with moderately serious injuries.

Garrow says all four injured suffered non life-threatening injuries, and he would not categorize this as a wrong-way crash.

"This was simply crossing over the lines and into the opposing lane of travel, which is obviously still not good anytime you get a head-on crash, it can be very devastating," Garrow said.

Intoxication was not believed to have been a factor in the crash, according to investigators.

Just one day before and 1.5 miles away on Sunday in Spring Valley at 935 Sweetwater Road, CHP arrested a suspected DUI driver they say crashed his BMW into a woman and her mother when he was driving the wrong way.