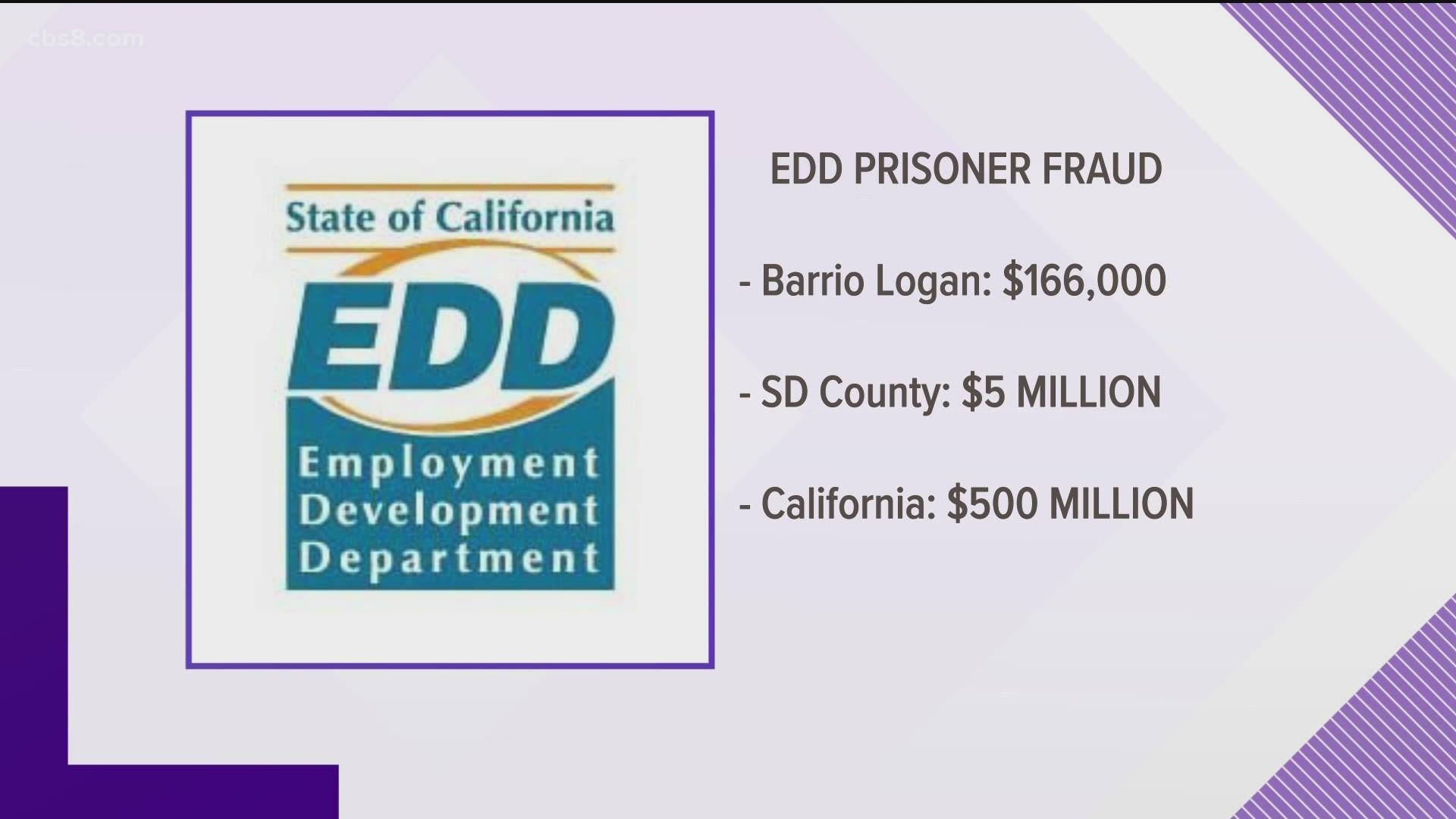 The defendants, who allegedly committed the fraud between June and September of last year, were assigned to a program in San Diego allowing qualified state prison inmates to serve the final months of their sentences in a halfway house setting.

The San Diego County DA's office alleges the inmates lied on application forms to the Employment Development Department and violated state prison rules regarding applying for public aid, fraudulently collecting a total of $166,132 in EDD funds.

"These inmates were not only breaking the rules and gaming the system, they added insult to injury for families relying on legitimate unemployment benefits to make ends meet during the ongoing pandemic," District Attorney Summer Stephan said.

"While this CDCR (California Department of Corrections and Rehabilitation) investigation and our subsequent prosecution reveal a significant scam, we believe the amount of fraud committed by inmates in San Diego County could total as much as $5 million and we have just begun to hold these, and other inmates accountable for their crimes," she said.

Each defendant faces up to three years and eight months in prison if convicted of charges of conspiracy, grand theft and making false statements for unemployment benefits. Eight of the defendants have been arrested on the new charges and an arrest warrant has been issued for the remaining defendant, the DA's Office said.

Rita Saenz, director of the California Employment Development Department, said, "These despicable acts of fraud divert attention and resources away from providing assistance to those who really need it to manage through this catastrophic pandemic."

Last month, the local U.S. Attorney's Office also charged a San Diego woman who worked as an EDD contract employee. Nyika Gomez, 40, faces a dozen federal wire fraud and identity theft counts on allegations that she conspired with her prison inmate boyfriend to steal hundred of thousands of dollars in pandemic unemployment aid.

Statewide, officials have estimated that fraud schemes perpetrated by state prison and jail inmates have netted at least $400 million in stolen funds.